Before you love me 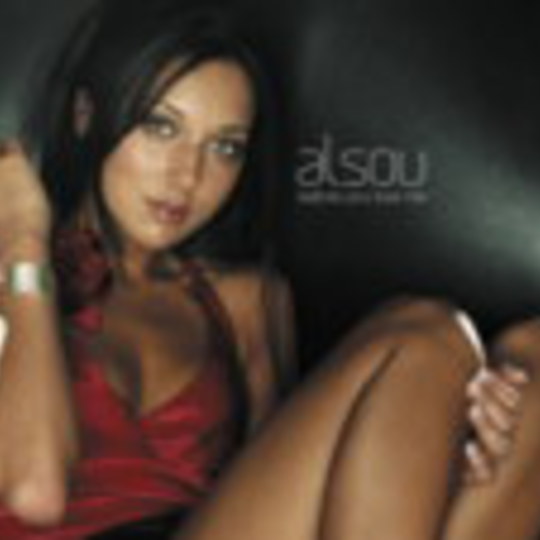 I think idealism will be the death of me. I can see pop making a difference to a million lives. However, messages in modern pop are refined to love, lust, x-rebellion or mentions of other ’cool’ music!

Alsou’s gone for both love and lust. “Baby I want it so bad I can taste it” which could be whispered like a sleazy ladette slouched over a bar stool whispering at 2,000 decibels over the top of a computer created beat like this. ’Before you love me’ luckily takes a more attractive approach.

There is a certain restrained sexiness to Alsou. That’s not particularly clear in the skin-squeezed, latex loaded, thermometer busting video and lines like “my minds always on one thing…I wanna do *it* right”. It is probably me that’s the one being as seedy as a kiwi cake fight but there is something that tells me Alsou isn’t the sweet lil Russian, eurovision runner-up, 17 year old pop pet that her glossy image makes out. As any Freud obsessed Psycho-ollllooo-gist will tell you, it’s probably me creating my own filthy subtext to a harmless piece of pop. The sexual element is in this, you've gotta believe me, I'm not a dirty young man!! This music is aimed predominantly at the under the age of consent market. I’m not gonna get on some conservative pedestal and condemn that, because the kidz won’t get what “it” is. All fears now quashed, I hope and the context contradicts those lil snippets as well.

It’s like this, the style of this single is very similar to a lot of the plinkety-plop pop that’s around at the moment. Whereas the content of the message in the heavily repeated chorus “if you want me, there’s something your heart should know; it’s body, sex, mind and soul. I want it all,” that is something I personally wish people would consider. Not the post-Kylie pop that this might appear to be. The idea of a soul might be a bunch of spiritual mumbo-jumbo to some, but the idea of a women looking for not just the superficial layer but the mind, makes me think there is hope - and that is important or so I've been lead to beleive. This is a hope that the mass of loud ladette’s will listen to this and take it in because there’s something you need to know and it’s not what car he drives or which features his moby doesn’t have.

…And before you love ME*, I’m just the same me’dear! *I want it all!!! ...Anyone know any good successful pop star stalking guides?