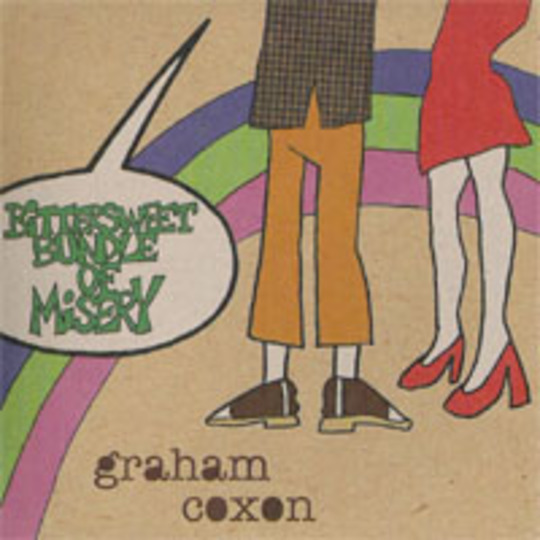 Following up the punktastic top 40 smash hit 'Freakin' Out' was always going to be a problem for our Graham. And judging by this, the second single from his forthcoming 'Happiness In Magazines' album, you can tell he's at least tried to rise to the challenge.

Whether or not he's totally accomplished the challenge is another matter. 'Bittersweet Bundle Of Misery', one of the more tame tracks from the forthcoming album, sees Coxon playing up the second of his two musical loves: folk. Of course, this being his self-proclaimed "_No More Mr Lo-Fi_" album, he's actually got someone to produce the tracks this time; and in Stephen Street, he couldn't have picked a more suitable producer. The clean, box-fresh production adds a newfound (and welcome) pop sheen to his folky leanings.

Unfortunately, the track itself is slightly more pedestrian than what we're used to from Coxon. Yes, it's catchy, but you get the feeling you've heard it all before ('C*ffee and TV' comparisons aside), while the, as Coxon himself puts it, 'tragicomic lyrics' (read: hit and miss) are another story. The cutesy chorus ("You're beautiful, I love to watch your face in the morning light") somehow seems to give way to half-hearted rubbish like "It would take me an age to marry you, now I've seen you use my razor like you do".

It definitely makes for interesting stuff, but is this really what you expected from one of the most exceptional guitarist-slash-songwriters of the past few years?

I didn't think so.

Scissors In My Pocket