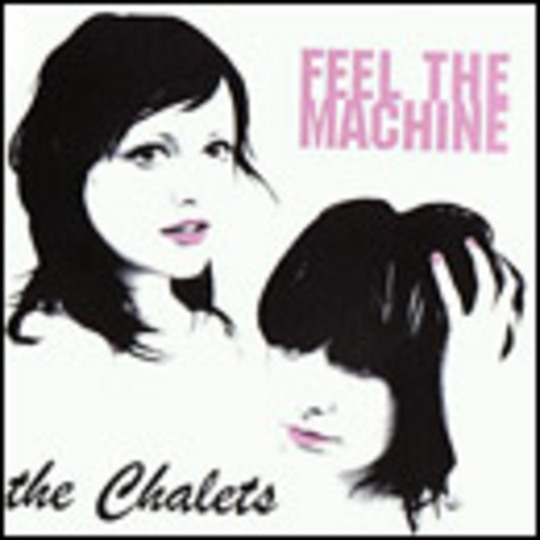 They are officially the best new band in Ireland cos they won an award you see. But fuck that - The Chalets make "perfect pop". We know this too cos it says so in a quote on the press release. Oh hang on, that's a quote from DiS. Errr, but I digress.

What is there not to like here for the fans of synth-driven girl/boy pop cheese? 'Feel The Machine' is almost dark by The Chalets' standards and not as Bis-like as usual. Don't expect thought-provoking lyrics - "It's no-o-o-owhere/ It's e-e-everywhere/ ... Everybody wants to feel the machine/ Everybody yeah you know what I mean" - but this is pop music made for pop's sake, and The Chalets are going to be around a lot longer than The Bloody Crappy Noise Next Fucking Door and all other easy targets DiS is too tired to mention.

B-side/bonus track/whatever sounds like a bunch of stoners about to launch into the Asda theme. In a word: weird.

Lovely artwork throughout too but stare at it long enough and you'll go blind.