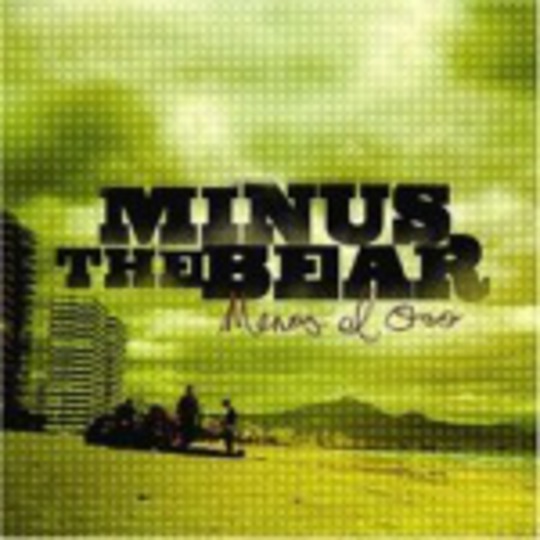 This being their second album proper, *Minus The Bear *is finally being expected to have fulfilled some of the promise and potential that was claimed about them on release of their debut 2001 EP, This Is What I Know About Being Gigantic. Up ‘til now they had garnered a reputation as a rather riveting jazz-punk, prog-dance combo that comes equipped with imaginative virtue with their instruments and song titles alike. _Menos El Oso _should be the record to show their purpose.

The weathered Seattle quintet still manages to interlace all those classic alternative rock staples of yesteryear and beyond with dallying prog, abstract punk and instant art-rock all coming through the play. While previously the music often took a backseat to Jake Snider’s overbearing choruses, this is clearly not the case any more as his bandmates have seemingly been given a freer reign over the music, letting it advance more experimentally and with greater fluidity. There is a definite course that this music is running.

This is the sound of a band that has grown and matured. The once zany song titles are now stripped bare of all superfluous material. The content that was riddled with tales of girls, binges and purges now even delve into the art of concept writing, accounting happenings in _‘El Torrente’ _that you can only hope are make-believe. The spazzy disjointedness that was so indicative of Minus The Bear’s music is generally mellower, typified by the innocuous ending of two gently tranquil love songs.

The potential and promise that was spoken of so fervently when *Minus The Bear *arrived is slowly being fulfilled. This album offers a different dimension to the band and in a way it offers a lot more in terms of musicianship. If nothing else, they’ve proved that there’s more to them than madcap song titles and other weird stuff.

DJs In A Row