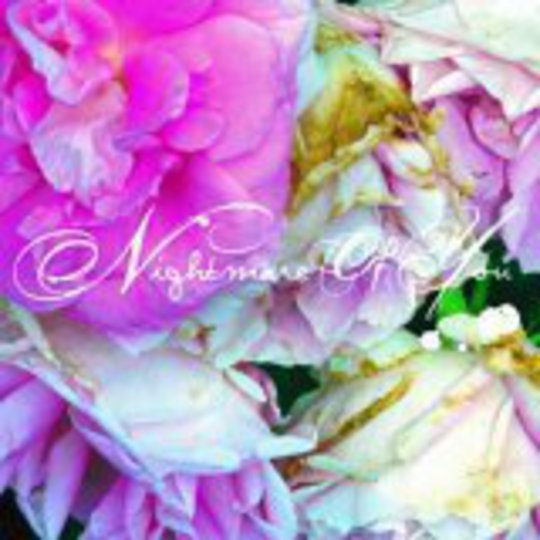 *Nightmare Of You *have arrived to spread themselves thinly but surely across every scene possible. While many of their emo peers cry out about how much they’ve been influenced by Joy Division / The Smiths / The Cure (delete as applicable) whilst merely sounding like a piss-poor version of AFI or Glassjaw, NOY actually _do_ sound like those bands. Except nowhere near as eye-rollingly depressed. I mean, like, get over it...

As far removed from their previous projects as possible (see below), the band eschews all their hardcore roots for a new, more comfortable outlook where they are much more concerned with the finer points of life. Whilst being resoundingly indie-pop, Nightmare Of You have the leverage of credibility from the hardcore kids due to an array of past successes with previous bands: singer Brandon Reilly played with pop-punkers The Movielife and drummer Sammy Siegler with seminal hardcore troupes Quicksand and CIV before joining the totally emo Rival Schools.

Additionally, this band will be accepted into the heart of many an indie kid, who will revel in Reilly’s lilting melodies as he interweaves deliciously convoluted lyrics of fresh love, his voice often reminiscent of Alkaline Trio’s Matt Skiba as well as Morrissey. A more interesting comparison might be to the ubiquitous My Chemical Romance: they are a band that melds dark humour into complex tales of optimistic, self-indulgent tales of the heart, and NOY do this as well, albeit with an infinitely lighter sound and feel.

The most notable inclusion on this record is lead single ‘The Days Go By Oh So Slow’, which is so disastrously catchy that you will find yourself humming along as soon as the second chorus. To be perfectly honest, this is such a well-rounded record that it really does pass right through the room like a fond spring breeze – it brings a smile to your face and you might close your eyes, but your life hasn’t been invaded by a thunderous double kick drum.

Despite its instantaneous nature, this self-titled debut also appears to be a grower. It’s a paradox, I know, but it most definitely works out for the best, much like the Kaiser Chiefs’ debut did. Either way, Nightmare Of You’s collection of luscious pop songs will refuse to go unnoticed.