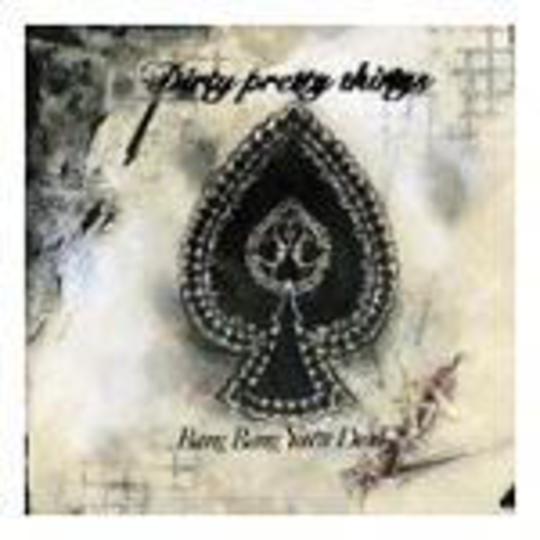 So there it goes then. There goes the fetid remains of the New Rock Revolution (use by: 2002) floating haphazardly down the Thames, wrapped in a few scraggly front pages from The Sun and smelling of Chas and Dave’s navel fluff. Granted, it’s not like there needs to be any more nails driven into this laughably scraggy leather-bound coffin, but this looks like it’ll be a sad end to any remaining glimmer of hope that the dream of Albion is still alive.

It may make me sound like I’d become excited by the sound of a weevil’s pancreatic juices swilling about in an old sock if IPC Media hailed it as the future of music, but I really, really did have faith in The Libertines. I know that a few decent early singles (and, in retrospect, not much better than ‘decent’ at that) does not on the whole a legendary band make. But there was something there – the romanticism, maybe, the unashamed poeticism, the realisation that you could be triumphant even if your jeans needed to be held together with gaffer tape, whatever. There was something there. But now whatever it was has vanished, and here limps the new Dirty Pretty Things single to prove it even further.

“Well what did you expect?” drawls Carl (or, as the red-tops probably refer to him, ‘The Other One’) on ‘Bang Bang You’re Dead’ and, quite frankly, what we expected was something a whole lot less disappointing. Something a bit more substantial than a few sub-Clash guitars and unmotivated bass-lines and pointlessly confrontational ramblings. Something that’s not so unimaginative that it makes the second Libertines album sound like Trout Mask Replica. Something that doesn’t sound like you’re taking advantage of the fans still desperately clinging onto your past, knowing full well that anything you scrawl on the back of a napkin and arrange into the sound of The Jam falling down the stairs (in a bad way) will be lapped up quicker than you can actually write the bloody thing. We should want, nay, demand something more. (Although it’s better than Babyshambles, we’ll give you that).

It may have been naïve to even consider it, but this could have been where the soap opera was cast aside by music worth the attention. Instead we got the sound of the last chance being, if you’ll excuse another reference to former glories, pissed all up the wall. Dirty Pretty Things could maybe even have changed the Libertines legacy for the better, but instead it remains that said legacy will just be spiralling column inches, a generation’s worth of delusional imitators and two really terrible side-projects.

Go back to bed, Britain. Your rock and roll is safe with us.