Meet Me In St. Louis

And with the right kind of eyes you can almost see the high-water mark – the place where the wave... 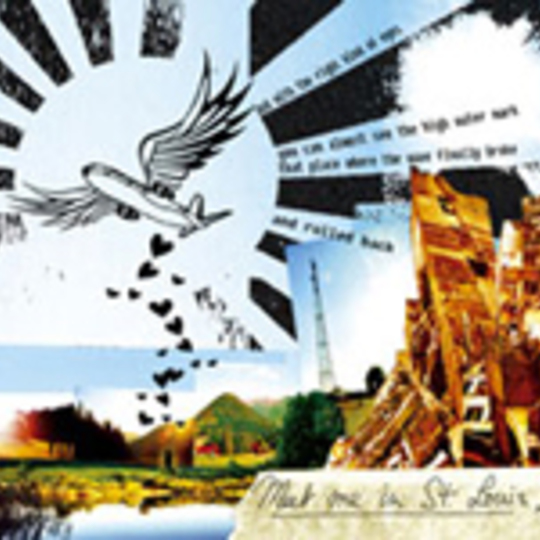 That title, And with the right kind of eyes you can almost see the high-water mark – the place where the wave finally broke and rolled back, let’s not even go there. Suffice to say that Meet Me In St Louis aren’t your regular rockers on the block, stealing wholesale from familiar sources, plundering inspiration from the darkest depths of waters where once depressingly contrived emo-rock-whatever bands sailed so smoothly. This is rock of a wholly unfashionable nature – unpredictable, impassioned, feverous, frantic – yet not once does it aggravate the listener. This isn’t ‘we’re cleverer than you’ stuff; this isn’t subtle twists dressed up as startling intellect. This is accessible and immediate, for all its dead-end turns and missed exits.

‘The Kid Who Had His Ear Slapped By The Druggist’, song two of five, spasms like Bear Vs Shark did so very well prior to imploding before setting a foot on UK soil, a dozen fiddly intros converging at the point where the water’s at its choppiest: a collision of oceans, currents warm and ice-cold, or fresh water cascading into its salty brethren and stirring up all manner of by-product violence. Sail here so recklessly and surely Davy Jones waits for ye.

Following efforts tread similar paths – multiple routes yet only one destination, and getting there’s so much more enjoyable than the journey’s end. Although this EP never once makes the impact Meet Me In St Louis are capable of in the live environment – recent sightings have led to the widespread dropping of jaws to floors – it is nevertheless a near-essential purchase for the more discerning fan of up-and-coming, creatively rich UK rock. With a more solid production next time around, this Surrey five-piece could well deliver a stonewall classic.