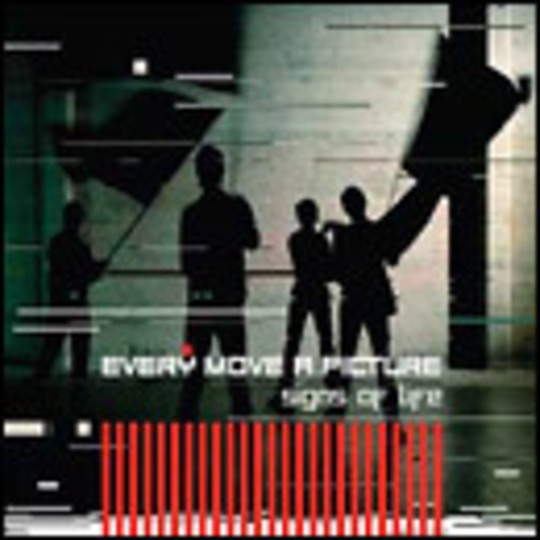 Recently seen on the road alongside ¡Forward, Russia!, Every Move A Picture are San Franciscans hopping atop fast-deteriorating dance-punk coattails a little bit later than advised – while ‘Signs Of Life’ is described in its accompanying label-penned spiel as “guaranteed dance-floor filler”, your average indie-club attendee would require many a line of the white stuff to conjure anything like energy enough to shake it to such a hackneyed effort.

Consider the opposition in such an environment: Tom Vek, Bloc Party, DFA1979, The fudging Killers, another Jack and Coke for half-a-day’s pay. The chances of many a mind losing itself to the sound of Every Move A Picture’s calculated colouring-book composition are slim to say the least, entirely non-existent to express the absolute truth. The facts of this matter are thus: this has arrived too late, it’s too sound-alike to stand separate from songs already engrained within clubbers’ ears, and that slightly quivering, faux-English accent in the delivery of the chorus is just ergh.

That Girls Against Boys’ Eli Janney is the producer behind this sorry song makes the aftertaste sourer still. Yuck, yuck, and yuck again.

Meet Me In St. Louis