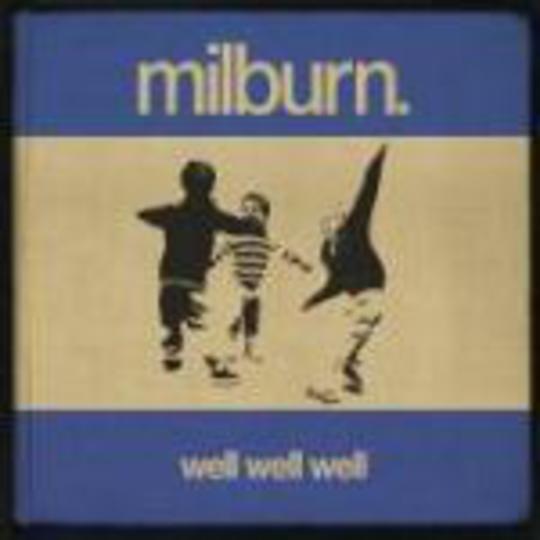 It’s an old cliché that when handed the golden opportunity, you put a lifetime of thoughts, creativity and heart into your debut album. Bypassing obvious comparisons with their famous fellow Yorkshiremen, Milburn now have the opportunity to step up, supposedly brimming with attitude and something to say. Well, thanks to Joe Carnall’s glottal singing voice, everything’s delivered with a certain deadpan melody, occasionally reaching into the realms of Puressence’s James Mudriczki as he stretches himself out.

Having cited the influence of Coldplay’s Parachutes _and Oasis, Carnall’s lyrical approach is similarly vague. It’s evident that _'Last Bus' and 'Storm In A Tea Cup' aren’t going to be songs about licking Class As out of a model’s arse crack, but proclaiming "I’ll see you when I see ya", or "You’ve been trying but you don’t know how" fails to stir the imagination. It’s as though Carnall has decided that his boy-next-door accent provides enough of a connection with his audience.

Milburn suffer from a large amount of control and musical reserve: even the punishingly fast tom rolls of 'Lipstick Licking' are far too contained. Not everyone needs to go to the extremes of Muse and sound like they’ve been messing around on an A-Level music project, but across these twelve tracks everything sounds as though the band is playing with their amps at mid-range. There’s little depth or dynamics to the songs aside for a glimmer of hope on 'What About the Next Time?', where Carnall’s voice collides with a separate melody line from his brother, Louis. It’s the first time during the album where you’re actually sucked into Milburn’s world.

'Cheshire Cat Smile' does hit upon a sugar sweet melody but there’s a point during 'Stockholm Syndrome' where the track breaks down and is all too reminiscent of the Arctic Monkeys. In fact, it’s so similar that it forcibly shakes you out of focusing solely on the band’s strengths and you’re compelled to acknowledge a fact: if anyone were to parody the sound of indie music in 2006, this would be the end result.