We Are All Part Of A Dream You're Having 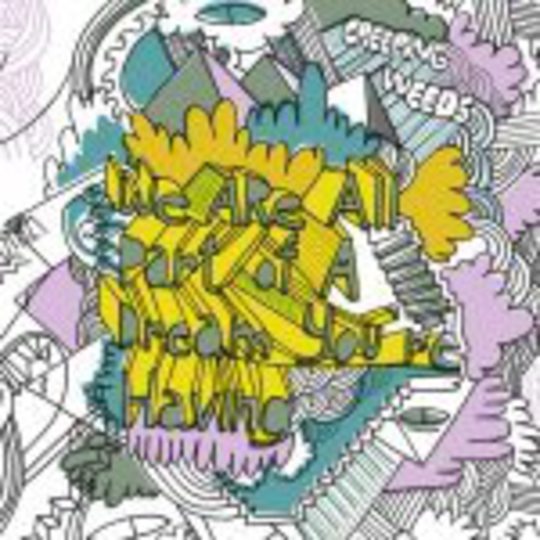 These days it pays not to think too much about the state of modern America. But, occasionally (and given the right blessed guitar hook), the picture shifts to a sunny suburban street – the kind that that Fred Savage used to ride his chopper down in The Wonder Years; the kind of place where bands such as Built to Spill and Sebadoh would create life-affirming sounds from inside a dusty garage. Romantic, yes, but there’s something about American indie that can still knock blocks off what we produce over here and Philadelphia’s Creeping Weeds are more than aware of the power of understated pop hooks.

Approaching their debut as if it is a cohesive body of work rather than a chance to splurge all their favourite tricks in one go, it makes sense that they open with delicate vocal harmonies and a bare piano, thereby introducing us gently to their unsettling world. The wonderful ‘Billy Pilgrim’ begins with a Frank Black-inspired acoustic strum, chopped up by stabs of electric guitar. A sense of entrapment drives Pete Stewart’s words but the music is so dense that his non-linear storytelling is secondary.

There’s a heroic pop sensibility to the musicianship, like the way drummer Chris Wirtalla bookends the chords changes on ‘I Wanted To Live (Die)’ with a simple punch of his toms. At times, their lo-fi folk will draw comparisons to Broken Social Scene, but there’s something more compact and focused in the way that Creeping Weeds construct their songs. ‘Our Country House’ manages to combine the two normally mutually exclusive qualities of humour and ambition as it swishes from simple folk to a stomp where, frankly, Stewart sounds as though he’s singing in the toilet.

But here’s hoping it was the downstairs toilet, next to the garage where, in my imagination, they rehearse, hang out and watch The Year Punk Broke on repeat.