Future of the Left 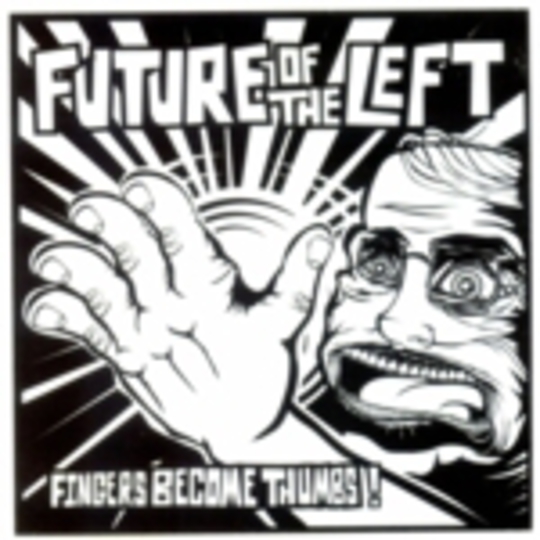 It has been two full years since the dissolution of Mclusky left many missing the warm feeling generated by their sharp tongues and bass fuzz, and some feared the formidable Andy Falkous may never return. Indeed, his former partner in crime Jon Chapple had time to form a new band, put out numerous releases and then put the band on hiatus and emigrate before most people knew Future of the Left even existed.

But where Shooting At Unarmed Men often missed the target, despite showing glimpses of excellence, Future of the Left’s debut single doesn’t falter at any point. More Mclusky than Jarcrew - of which bassist Kelson was formerly a member - the arrangements are minimal throughout: often just drums, distorted bass, simple lead guitar and Falco’s familiar vocals. Lead track ‘Fingers Become Thumbs’ is fuzzy and up-tempo, with simple lead guitar and a sing-along, almost jolly chorus.

It’s not the strongest track here though, as AA-side ‘The Lord Hates A Coward’ arrives like Jack Nicholson’s axe through a bathroom door and blows its predecessor away with a call of “violence solved everything”. It’s menacing, dark and angry but crucially controlled, with a partly-screamed chorus and the challenge of a fight to the death. You know when you walk into a room after two people have been arguing and, even though they’re sat in perfect silence, the air is heavy with tension? That’s what this is, in audio form.

And then, after the quirky but still incredibly loud bread-based b-side ‘The Fibre Provider’, it’s all over: two years of silence overpowered by eight minutes of excellence. The duration isn’t important though, because if this is a glimpse of what is to come – oh god, please let this be a glimpse of things to come – Future of the Left are about to show us all how the true winner isn’t always the first to pass the post. Sometimes it’s the one with patience. And maybe a fucking big axe.

Love Me Or Hate Me

The Good The Bad & The Queen

The Good, The Bad & The Queen