The Scenery Of Farewell EP 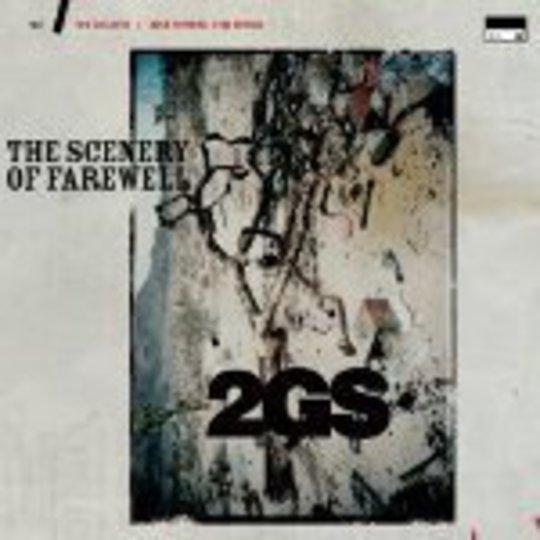 Two Gallants** played around 200 shows last year. That’s quite a lot, really. It would also explain why this new offering from the band is an acoustic EP: time is a bitch, and people get bored of electric guitars. Either that, or following a harrowing run-in with the law in Houston, Texas last year for playing too loudly, they’ve decided to strip things down to a decidedly politer level.

Grown out of soundchecks, radio sessions and probably sitting on the back of a horse and cart while wandering through Virginia with only an acoustic guitar and wooden box for company, _The Scenery of Farewell _EP is a strident argument that this approach may be Adam Stephens’ and Tyson Vogel’s forte.

Oddly enough, opener ‘Seems Like Home To Me’ is the least nourishing of the quintet of tracks here. A ragged, wheezing effort, it merely hints at the stripped-down, heartbreaking tales that follow it.

‘Lady’ is a forlornly plaintive rumination on romantic loss that is reduced almost to a live take, with only ghostly organ gently added; the line “I count the hours by my coffee spoons” is particularly pungent.

‘Up The Country’ is even more gossamer-thin, based around a simple guitar motif, pattered drums and with added harmonica and violin. It sounds like a not-too-distant cousin of something from Bruce Springsteen’s acclaimed Nebraska record.

‘All Your Faithless Loyalties’ loiters sadly on a wave of crushed harmonies, whilst closer ‘Linger On’ is the finest and grandest track of the EP. Weighing in at a majestic 7:47, it proves that epic doesn’t mean overblown and long isn’t necessarily bloated. Appearing like a languid, widescreen version of their own 'Steady Rollin_' and drifting on a bed of violins and cellos, it’s a fierce declamation of love lost that never seems to leave. It’s quite stunning.

Given that this EP clocks in at just under half an hour, it’s a value-for-money offering. The true value, though, is the songs and wonder of a heart-shattered Two Gallants. Their pain is our sweet joy.