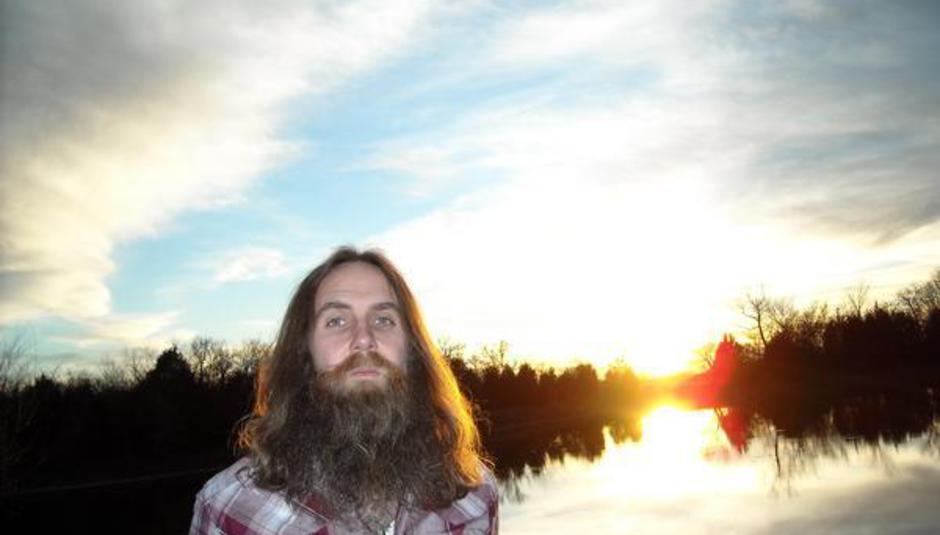 As part of our 10-week “DiS is 10!” celebration, we’ve asked 50 of our favourite people to tell us about one of their favourite albums of the past 10 years (please note: this is not a best or "top" list but personal selections). Here, DiS contributor and messageboard regular Jordan Dowling shares his choice... "This is the story of three Texas boys."

Or, more accurately, how my life was changed by them.

I got into Lift To Experience at quite a young age, just 16, buying their debút (and only) full-length The Texas Jerusalem Crossroads after a recommendation from a cleaner at the school where my mother was a dinner lady, when he was told I was a fan of bands like “Incubus and My Bloody Valentine”. At first I struggled to get into it. Perhaps playing it whilst moving crates of Irn Bru and Vimto around a warehouse in Mansfield wasn't the best place for the first couple of listens, or perhaps the emotional weight of the album was a little too much when I was in my first relationship of any note and earning minimum wage on ten hour night shifts.

There was something that kept me coming back to it though, and gradually I fell in love. Gradually being the key word. It is not an album that reveals itself instantly. It is lead heavy, cloistering, and frustrating before it is satisfying. Songs go on seemingly endlessly, guitars and vocals drag on into disinterest.

And then it hits. The meanderings become juggernauts, driving with unfathomable force. Josh T Pearson's voice, surely the voice of an angel albeit a troubled one, rises above the clouds of distortion and up towards the heavens. Tired terminology when considering the band, but I can't find words more apt. Josh shares the same breathtaking range as Jeff Buckley, fluttering between graceful falsettos, strained cries and swaggering shouts, and the lyrics match such scope. On 'These Are The Days' he proudly proclaims “we're simply the best band in the whole damn land”, whilst on the preceding 'The Ground So Soft' he quotes Corinthians 15:55 of the good book.

The album is wrought with spirituality and allusions to Christianity in its tale of an almost-post-apocalyptic world where Texas is the promised land. It is demi-autobiographical, undeniably influenced by Josh's upbringing as the son of a preacher and his struggle with that upbringing. It is intensely personal for all its vivid, otherworldly imagery. Yet it never turns into a sermon, nor a diatribe against those who have taken the vows of faith; it takes the hope with the despair and the freedom with the conformity. In the guise of a concept album it is an uncomfortably open meditation, one that opened my own mind to religion (at the time I was 'anti-church', taking Bill Hicks quotes as gospel like many ugly undersexed teens before me ) and the minds of many others. Here was a piece of art, a work of genius, that put religion in a new language and made no words forbidden.

It is this 'dark with the light' mantra that makes The Texas Jerusalem Crossroads so irresistible, in both its texts and its sonics. It is often tagged as shoegaze, or even worse 'post-rock', but it is not an album that can be so easily categorised. Despite its swells of reverb-enriched fuzz and crashing percussion it is much more a folk album; a piece of work that rests on a story, where everything is driven by the storyteller. When Josh whispers single-string soliloquies tremble gently behind him, and when he raises his voice maelstroms form in middle-distance. Every note is full of the kind of naked emotion that fellow Texans, and devout Lift To Experience worshippers, Explosions In The Sky and their ilk could only dream of capturing, whether that note is gently plucked or brought into life in a frenzied fever.

It is such a defining statement that it is perhaps no surprise that there has been no follow up, nor that the artist responsible all but withdrew from music in the years following its release. Like Jeff Magnum of Neutral Milk Hotel and the members of Motoro Faam, Josh T Pearson retreated into the wilderness after touring on the back of The Texas Jerusalem Crossroads, perhaps deterred by the immense weight of expectation placed on his shoulders, or the fact that he felt the spiritual undertones in his elegies were falling on deaf ears. In 2004 he played his last show for some time, a solo show featuring the final (at least until now) performance of any Lift To Experience material and, rumour has it, a brief snippet from the fabled second LTE album Post-Apocalyptic Blues.

This is the only known airing of any post-Texas Jerusalem Crossroads work despite mutterings that two hours of sessions having been recorded for the follow up, and although Josh has since gone on to tour as a solo artist his new material is a world away from the bands previous work, “more rooted in earth” than the “existential” Lift To Experience work. I interviewed Josh several years back for this very website (you can read that here) and for a while afterwards found it difficult to listen to any of his earlier work. He seemed so disillusioned and far from faith that it was hard to regard anything he had written with reverence. This was his “mission”, and he had lost his way.

At this point it struck me how far the album had resonated with me; how deep a bond had formed. Such was the power of The Texas Jerusalem Crossroads that the creators abandonment of it left me with my own sense of abandonment. The album had become as much of a religion as a gateway to one, as full of half-truths, fallacies, allusions and illusions as any other.