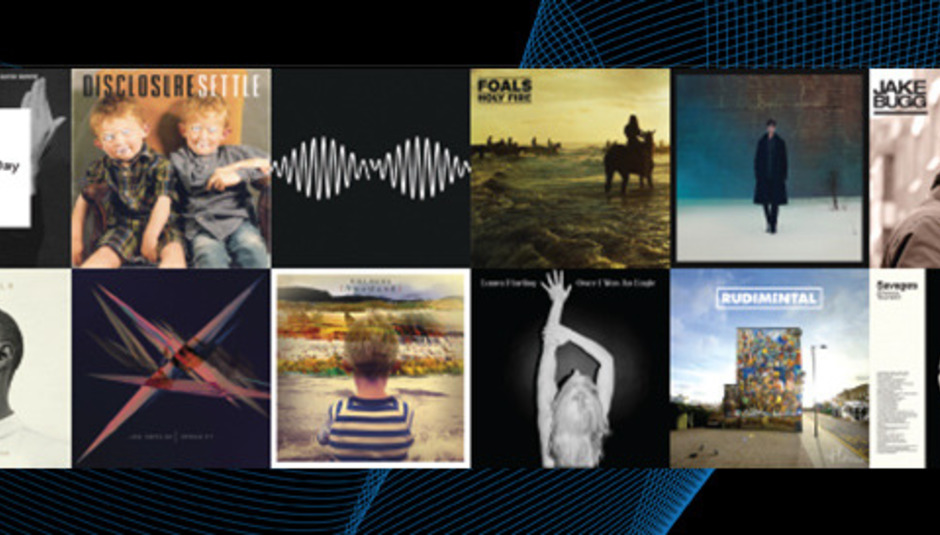 Hello. This week an anonymous cabal of alternative music connoisseurs will convene at the Roundhouse in London to decide the British and Irish album of the year. What does this have to do with a singles column? Well, almost every Mercury contender has released a taster track from their album in the run up to the ceremony so that they might pique your interest in their musical wares.

Before hearing Rudimental’s collaboration with Emili Sandé you might have been on the fence about their visionary drum & bass bombast. Afterwards, who knows? You may never want to shell out £7 for Home.

To celebrate this annual free-for-all where 12 bands and artists comb over the dregs of their album in the hope of scoring a spot on the BBC 6Music playlist, let’s take a shared journey through the Mercury nominees list.

Is the single any good?: As the bookies’ favourite for the prize, Mvula patently does not represent the future of British music. Unless she wins.

Then like Klaxons, M People and Badly Drawn Boy before, she’s destined to challenge our very understanding of what culture’s cutting edge can represent. That is, something to soundtrack suburban dinner parties in the run up to Christmas.

Is the album better?: It’s okay. Mvula is an undeniably gifted musician but her talents translate better live than they do does on record. ‘Sing To The Moon’ surmises her signature taste for luxurious harmonies and a kaleidoscopic array instruments (Church bells! A harp!) even if it’s more pedestrian than it is winsome. ‘She’ is a better starting point for the curious.

Is the single any good?: Yes. It’s the show-stealing finale to Settle and features London Grammar’s Hannah Reid on lead vocals.

Is the album better?: ‘Help Me Lose My Mind’ is an island of reflective calm in a LP that’s chock-full of #CLUBBANGERZ. If your dad ends up buying a Disclosure album for more of the same, he’s going to end up disappointed. Then again, it might help reignite his inner pillhead - so why not introduce him to the Lawrence brothers?

Most likely to spend the £20,000 prize money on: Sex, drugs and life-sized Scalextric track.

Foals - Out Of The Woods (Warner Music UK)

Is the single any good?: We are officially at the arse end of Foals’ Holy Fire campaign, but ‘Out Of The Woods’ represents a mighty fine rump. The kind of rear that makes you look at your own and spunk £30 per month on a gym membership you’ll never use.

Is the album better?: Undoubtedly. It’s the Oxford-born five-piece’s best yet and you really should have listened to it already. Shame on you if not.

Most likely to spend the £20,000 prize money on: Abducting every music journalist in the UK to a Guantanamo Bay-style torture camp, where they will be forced to remain until they can spell and pronounce ‘Yannis Philippakis’.

Is the single any good?: The lovelorn troubadour has grown up to become a wisened virtuouso. ‘Devil's Resting Place’ is a gothic wave farewell to the days when Marling would encapsulate her romantic insecurities in acoustic guitar chords. Instead the former new-folk starlet’s woes are spoken through metaphor and wrapped in sweeping instrumental flourishes that Noah & The Whale can only dream of.

Is the album better?: Once I Was an Eagle is another fine outing from Marling, which means she’s guaranteed not to win this year’s Mercury. As the prize’s Martin Scorsese, with three nominations already under her belt, she’s going to have to write her musical equivalent to The Departed in order to scoop the gong. Something no one who’s seen Infernal Affairs wants to happen.

Most likely to spend the £20,000 prize money on: Emergency medical care to recover from the circulatory shock.

Arctic Monkeys - One For The Road (Domino Records)

Is the single any good?: Its video has Jamie Cook driving a tractor while dressed in a Reservoir Dogs-style getup. Of course it bloody well is.

Is the album better?: With AM, Alex Turner turned his salubrious vocabulary to the realm of fornication - forsaking sentimentality for faceless drunken fumbles. It’s a hands-on mammary glands guide to seduction written by an aspiring cad. Cold to the touch but achingly cool.

Most likely to spend £20,000 on: A lifetime’s supply of velour pyjamas.

Is the single any good?: A prime cut from Immunity that’s been reworked as an accessible appetiser. ‘Breathe This Air’ shouldn’t be weirdest offering from the pre-Mercury release schedule, but its shuffling electronica and echo-laden vocals are appreciated nonetheless.

Is the album better?: It’s different. An LP that’s designed to wash over you in one go instead of neatly proportioned snippets. The more you invest in Immunity, the more you’ll get out of it.

Is the single any good?: It’s no worse than when we first heard it, in June last year.

Is the album better?: More of the same means only ‘Shut Up’ and ‘She Will’ scale the dizzying heights of ‘Husbands’. That said, it’s rarefied air you’ll breath when Savages train their righteous rat-a-tat-tat on your adrenaline glands.

Most likely to spend the £20,000 prize money on: Televising their revolution during the Loose Women ad break.

Is the single any good?: The most unlikely road trip since Tom Cruise met Dustin Hoffman makes for a mutual love-in over British ale. Not too shabby.

Is the album better?: Bar a hamfisted RZA verse (“I wouldn't trade her smile for a million quid”), Overgrown sticks to Blake’s timeworn blend of morose introspection and minor key synth noises. While his self-titled debut did a fair job of capturing the zeitgeist, the likes of 'Retrograde' and 'I Am Sold' prove there’s plenty of mileage left in singer-songwriter tradition. Wherever the man who earnt Feist a mini-fortune goes next, you figure it’s going to be good.

Most likely to spend the £20,000 prize money on: A gold chain. Chrome wheels. Whatever trappings of thug life are needed to fit in with his new hip-hop pals.

Is the single any good?: It’s better than good. It’s a Number 48 smash in the Irish charts.

Is the album better?: {Awayland} bustles and swoons in the all the right places. It's the closest thing you'll hear to a Bright Eyes album all year, and that's quite the compliment round these parts. Plus, there's never been an Irish Mercury winner.

Most likely to spend the £20,000 prize money on: A bigger mantelpiece, so there's space for O'Brien's Ivor Novello too.

Is the single any good?: Soppy balladry fronted by the genre’s ever-present figurehead - not great.

Is the album better?: Compared to Settle, there is no comparison. For a popularist dance album with a hit and miss list of contributors, it’s a fairly untaxing listen. Shouldn't have been nominated though.

Most likely to spend the £20,000 prize money on: How much do reckon a Kanye collaboration costs?

David Bowie - The Stars (Are Out Tonight) (ISO Records)

Is the single any good?: Bowie is so beyond the Mercury Prize, his latest single is a James Murphy remix to plug The Next Day’s expanded edition. To celebrate the sort of wonky brilliance that earned The Thin White Duke his nomination in the first place, let’s listen to ‘The Stars (Are Out Tonight)’ instead.

Is the album better?: It doesn’t really matter. Bowie’s Wikipedia page is already full of ceremonial accolades - give the prize to someone who needs one.

Most likely to spend the £20,000 prize money on: A bonfire made of £50 notes to which Jon Hopkins' is the only invitee.

Is the single any good?: It’s a Jake Bugg song.

Is the album better?: Since we haven’t heard Shangri La, Bugg’s second album from which ‘Slumville Sunrise’ was spawned, there’s no way for us to answer our own question without sounding like a twat. So…

Most likely to spend the £20,000 prize money on: An interview coach, so he can stop saying rubbish like this...

“It’d be dishonest if I tried to write about life on a council estate again.”

"It’s my job to keep that X Factor shit off the top of the charts."

Although this one's quite sensible...

"I don't need an award to inspire me to keep making music."