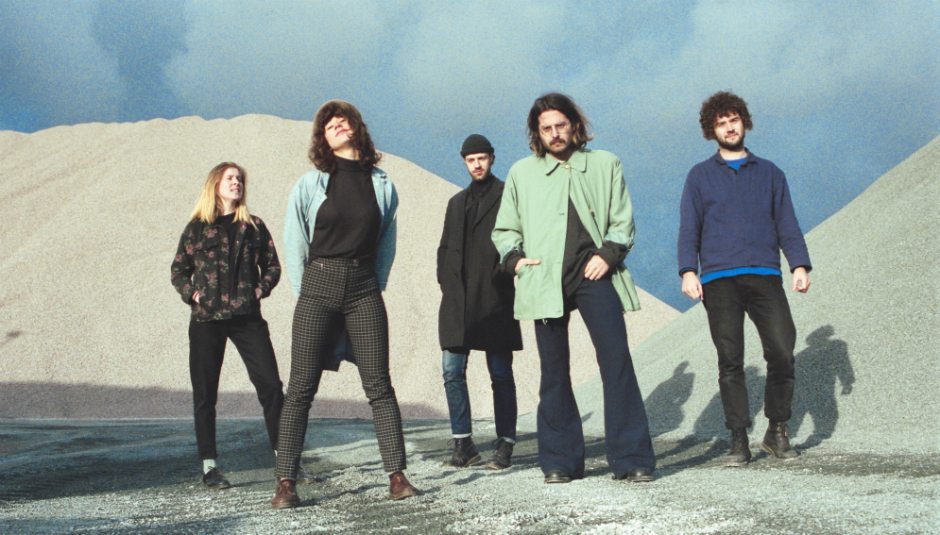 Dutch bands have never really had much of an impact outside the Low Countries. Those of a certain age might remember Golden Earring causing a minor sensation with ‘Radar Love’ in the seventies – a trick they repeated with ‘Twilight Zone’ in 1982 – and yes, there’s Van Halen, but successful exports have mainly come from dance and electronic music; think Tiësto, Afrojack, Armin van Buuren. But this is starting to change. The last few years have seen a wave of quirky, innovative bands bubble up from the Dutch underground – groups that are the equal of any you might find in East London or Williamsburg – and thanks to some blistering performances at showcase festivals across the continent, the wider world is beginning to take note.

We’ve long been fans of the new breed of Dutch punk and alternative bands, in particular The Homesick, a post-punk trio who are, in many ways, leading the charge. But it’s not all ferocious noise and angular riffs – there are also those possessed of a more cerebral charm and indie-pop smarts that suggests a broader appeal. Bands like Amsterdam five-piece EUT for example, who have already caught the ear of Radio 1 and NME. Led by the charismatic energy of singer Megan de Klerk, they blend the late 90s indie of Hole, Blur, and Weezer into catchy melodies and anthemic, sing-along choruses. “Post pop” is what they themselves call it, and there are plenty of interesting influences lurking under the surface; ‘Look (who has decided after all)’ borrows elements of St. Vincent, while the shimmering weirdness of Mellow Gold-era Beck powers both ‘The Buggs (part I)’ and ‘Supplies’.

Then there’s Pip Blom, a project which started with the 20-year-old singer-songwriter penning songs on her own as a mere hobby before evolving into a fully fledged band featuring her brother on guitar. “Next to writing a good song, developing a distinctive sound is really crucial,” Blom told us late last year, something she’s done with her fizzing, scuzzy indie. There’s a detached coolness to her music that makes it sound effortless, the same poise and studied indifference The Strokes built a career on; to hear the joyous ‘Daddy Issues’ or ‘Truth’ is to be transported back to a time when cover stories could launch careers and “indie musician” was a badge of honour.

Canshaker Pi are a more ramshackle bunch – their latest album is called Naughty Naughty Violence after all – who draw on the slacker charm of Pavement for inspiration. In part, that’s no surprise; Stephen Malkmus co-produced their debut in 2016, and they’ve toured with Spiral Stairs. Yet as much as ‘Smurf’ or ‘No Sack, No Way’ seem to channel the Stockton five-piece, there’s plenty of punk and grunge in the mix too. ‘Put A Record Out’ surges as if plugged directly into the mains, while ‘Indie Academy’ is exactly the sort of direct, punchy anthem they’d use as an example at an actual Indie Academy, a this-is-how-you-do-it for Radio Hit 101. And they have a tender side too; ‘Beautiful World’ is a wonderfully epic, lo-fi slow burner, an arena encore for a band that knows they’ll probably never have 40,000 fans singing it back to them but who decided to write such a song anyway because why not? Such is their ambition.

“Afro-Carribean-inspired synth disco” is a hell of a description. As is “Cosmic Afro-tropicalia”. Both have been employed to describe the intoxicating sonic brew served up by Amsterdam quintet The Mauskovic Dance Band, the brainchild of producer and multi-instrumentalist Nicola Niggebrugge that’s become a psychedelic juggernaut. Our friends over at the Quietus were impressed with their first UK appearance, and if you’ve been lucky enough to catch them live, you’ll know why; champeta, cumbia, and Palenque are swirled into space disco, no wave, and tropical synths to create Technicolour, groove-heavy jams that pulse and breathe. The band have that rare ability to lock into a telepathic synergy, swerving off on tangents with just a glance or a nod as the beat steadily bubbles away. “To make people dance” is their stated ambition – so far, it’s mission accomplished.

There are hints of the auteur about Rotterdam quartet Lewsberg, a band whose laconic, deadpan style – live, singer and guitarist Arie Van Vliet is somewhat inscrutable – is reminiscent of The Velvet Underground. Named after a cult local author, their big city cynicism and sardonic wit is channeled through catchy two and three chord chugs, simple songs that make the most of a few basic elements to worm their way into your brain. Take ‘The Smile’ for example, an incessant charmer built around a simple, repetitive riff, or the strange, social vignette described in ‘Non-fiction Writer’; both are serious, measured tracks, yet somehow sound utterly joyous.

“I can imagine that people need to read books or poems to give meaning to their personal feelings, but I don’t think it’s imperative to share that with other people per se,” Van Vliet told us last month regarding the band’s somewhat stoic approach to writing and performing, and it’s easy to think of him taking secret delight in confounding listeners. Much like the Rotterdam poets and intellectuals the band admires, their music stands as a blank canvas, ready and able to absorb whatever themes and issues one wishes to see reflected back. “Poetic and nihilist,” said Gigwise, as good a summation of Lewsberg’s contradictions – and brilliance – as any.

Freaky Dancing: The Fanzine That Docu...