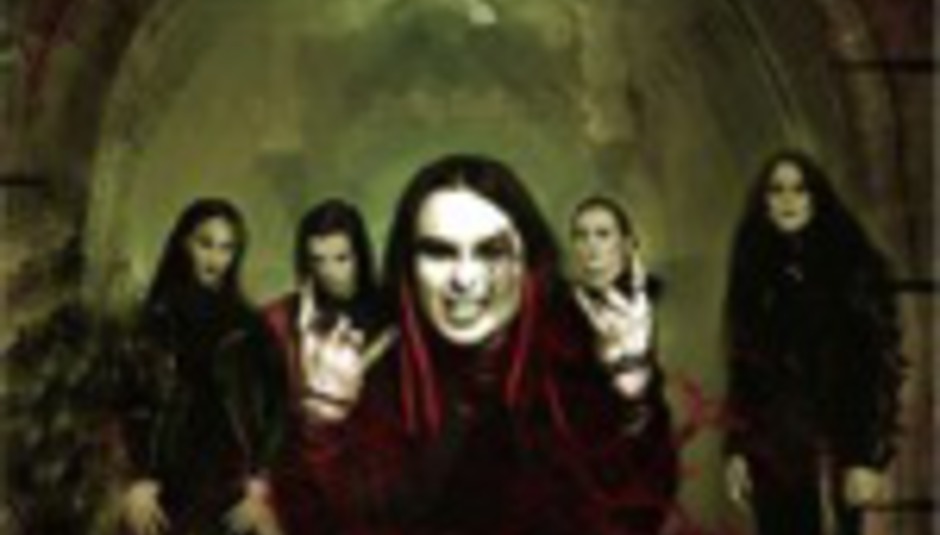 Some Questions: Cradle Of Filth

Some Questions: Cradle Of Filth

At this year’s Download Festival one unlucky punter punted a Golden Delicious at the Main Stage during Cradle Of Filth’s set. This meant that dreadlocked frontman Dani Filth launched a truly unholy tirade of insults upon said individual, culminating in a most wonderful slur: “An apple? Who throws an apple? You? You rubbish wanker.” That is by no means verbatim, but you get the general idea and it was funny. Okay, I guess you had to be there. Rubbish wanker, though. Come on. That’s funny. No? Okay.

Dani Filth recently engaged in a vapid session of answering Some Questions, and we at DiS are proud to publish the answers from the great one, if only because he didn’t call us either rubbish or wankers. Not to our faces, anyway.

If you could be drowned in anything, what would it be?
Naked female flesh. Or booze. Or Lovecraftian tentacles.

Have you had any near-death experiences?
Once on mushrooms. I transcended the universe, becoming one with God until a friend's persistent nagging brought me back from beyond the veils of death and into his rather manky flat in Colchester.

If you could make one already-written book as important and integral to Western society as the Bible, what would it be?
The gospel of FILTH [not a real book – library-bound Ed].

Do you believe in a God?
Yes I do, although it is an amalgam of all the relevant bits of other religious deities, including of course, the nasty ones. To avoid debates with so-called people-in-the-know, I get away with saying I'm a pagan.

What is your favourite country?
England, because despite all it's faults, I'm a patriot.

Are you a vegetarian?
Hardly. I like blood too much.

What has been your most notable experience with fans and admirers?
They have all been good. Our fans are the dog's bollocks and are continually surprising us with their dedication to the cause and, of course, their endless enthusiasm for our musical output.

The band spends so much time together, how do you stay friends?
Voodoo dolls, love triangles, lawsuits and forced grins.

What advice would you give someone coming to one of your gigs?
Try not to fall in love with the elder guitarist, bring stout earplugs and perhaps a little picnic for the interval.

What's your favourite booze and why?
All of them… because I'm an alcoholic.

What's your favourite drug and why?
Cocaine, although I rarely do it for that reason alone.

Who or what do you miss the most?
My wife and daughter every time I go out on tour. Oh, and my cat and Ultimate Dalek.

What's your favourite childhood memory?
A holiday at my grandparents had whilst moving schools.

What was your worst haircut?
A dye job when I was at sixth form that went wrong (it went orange), one that my mother contributed to by misjudging an under shave and making it bald. For about a week I looked like a ginger vulture.

On a scale of 1-10, how good do you look naked?
It depends what sex is looking. Since my detox diet, I reckon I could pass as an eight if the viewer didn't see my face.

Name three things you could not live without.
Sex. Cars. Heavy metal music.

Dani Filth strongly and sternly suggests that you DiScover New Project, Eggs Benedict and Dimmu Borgir. Yeah, I didn’t think you’d have heard of them either! Failing that, he would say you should go to Wacken Festival in Germany. He says it’s “metal central” and he’s absolutely correct.

Having released Thornography on Roadrunner Records in October, Cradle Of Filth are set to go on tour in December. Here are the dates…