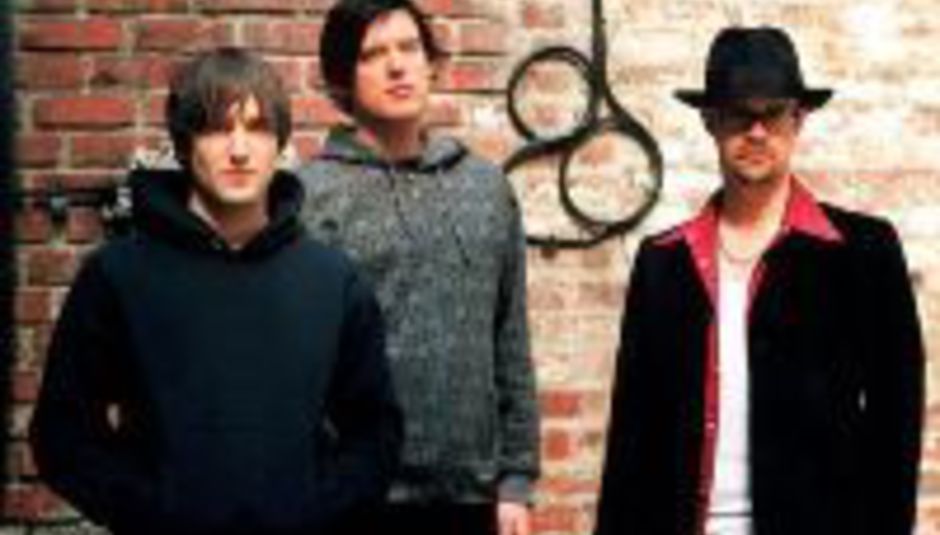 Ash reveal all about their 'no more albums' attitude...

Ash reveal all about their 'no more albums' attitude...

As reported here, sort of, Ash’s forthcoming Twilight Of The Innocents album is to be their last, traditionally speaking. The reason – well, one at least – for the seemingly snap decision to curtail regular long-player production: the demon that is the digital download. Consumption methods are changing, you see; an artist’s art is subject to dissection by downloading individuals with scant regard for an album’s natural cohesion, concept or general flow.

Ash’s latest, and last, album is their fifth in all; their past four – discounting the extended-player Trailer, of 1994 – all went top ten in the UK albums chart, with debut effort 1977 (I sold my Master System to buy it, and Smashing Pumpkins’ Mellon Collie…, from Eastleigh Our Price in 1996) and 2001’s Free All Angels hitting the top spot. Their album form is, generally, very good indeed. Which is why it’s odd that a successful, enduring indie-rock act has taken the decision to do away with its traditional format; if any act was to make the move, surely it’d be spawned from the pop or R ‘n’ B worlds? From fields of music more commonly regarded as disposable, dependant on hit singles rather than albums of longevity and critical acclaim.

DiS wanted to know more, so we caught up with Ash bassist Mark Hamilton (pictured centre; the trio is completed by Tim Wheeler on vocals/guitar (left) and Rick McMurray on drums (right)) for the answers to our most burning questions: the whys, the hows and the what happens nexts.

Hey Mark, how’s things?
Good, man. We’re staying in the K-West hotel. It’s a lot nicer then where we’re used to staying. We used to stay in the Columbia, so this is a step up. It’s a bit square, but nicer… we got kicked out of the Columbia once for running around as ghosts, in bed sheets. Actually, that was nine years ago… no, probably longer… so they’ve probably forgotten.

Well, it’s not like anyone saw your faces, assuming the ghost costumes were made well… But onto the here and now, and your decision to quit making traditional albums after the release of Twilight Of The Innocents…
What we’ve said we’re doing is that we’re not going to make albums as we’ve made them in the past, in a more traditional sense. With most albums, there can be a three-year cycle, and then often the record’s not out until six months after it’s finished. We’re just kinda of the opinion that that’s pretty restrictive, and the fact that we’ve got our own studio in New York means that we can record songs and then, maybe within a month, have three or four songs ready for release. They’ll still be available physically – we want to release them on vinyl, and sales of vinyl are coming back up – but digital is obviously important. Then after we put out maybe four or five sets of these songs, they’ll be compiled as an album of sorts, y’know.

Like a greatest hits, ish, only one made of songs released over a short period of time…
Right, but then we can have more fun with formats, too – there are to be no rules. I think that the album format has become really contrived, and it’s really outdated. If you look at digital downloads, 80 per cent of people buying music online are buying individual tracks, with only 20 per cent buying whole albums. Those wanting a physical CD will get one – we’ll still do that – but just not in the same way we’ve done before.

You only have to look at when the last Arctic Monkeys album was released, and all the songs from it made the top one hundred and something in the singles chart…
Right. It’s crazy... Like I was saying, if you put out maybe two or three songs a month, with one lead song, that’ll work. Because people still want to hear our more experimental songs, and we’ll still record tracks like that to attach to whatever lead song we have. It’s like a series of EPs.

So do you, personally, download a lot of music?
Yeah. I get a lot of stuff online, and some of it for free. Whatever you do, people are always going to download some things for free, and if that gets a person into a band then great, and if they really like the band they’ll buy the records anyway. I do sometimes see the positive side of an album leaking, definitely.

I guess, in a way, the holding back of an album release only makes its leaking more likely, as the band in question’s audience becomes increasingly keen to hear the new material…
Yeah. I mean, sometimes it can be damaging – like with Bloc Party’s last album, as I heard they were very upset when it leaked six months or so early. That must’ve really pissed them off, but we’ve been really lucky – our album’s out in two weeks and it’s not been leaked yet. I expect it to get online within the next week, though, due to the amount of promotional CDs out there.

With this your last traditional album, are you wanting to go out with a flourish? Not one of your albums has missed the top ten, after all…
Everything’s been top seven – Nu-Clear Sounds made number seven.

That’s actually my favourite Ash album…
Yeah, we like it too. Every album reflects where we were at the time, and we’ve never released anything we weren’t happy with. It all comes down to personal tastes, obviously. For this album, it’s been a long waiting time: we’re like, “For fuck’s sake… we finished this in January.”

And that’s exactly what you’re moving away from now, the delays. Having your own studio must help greatly…
Exactly. Nothing’s set in stone yet, so as the songs happen hopefully we’ll just put them out. The label has been really positive about everything; in fact, they think it’s a great idea. They were thinking of trying a similar idea with one of their pop artists, but we kinda got in there first. I think, over the course of a year, we’ll probably release five or six lead songs, coupled with a selection of b-sides or whatever. Every time we make a compilation of what’s out we’ll probably record more tracks, too, so there will always be an album of sorts at the end of the process. It’s just that the process of getting there is going to be very different.

And this process begins just as soon as the promotional cycle for Twilight… is over and done with?
Yes, exactly! We’ve already got a bunch of songs ready for recording. There’ll be no two-and-a-half year break between new material this time.

Ash’s new album, Twilight Of The Innocents, is released via Infectious on July 2. The band’s MySpace site is right here. The three-piece tour throughout the summer; check their MySpace for all confirmed dates.