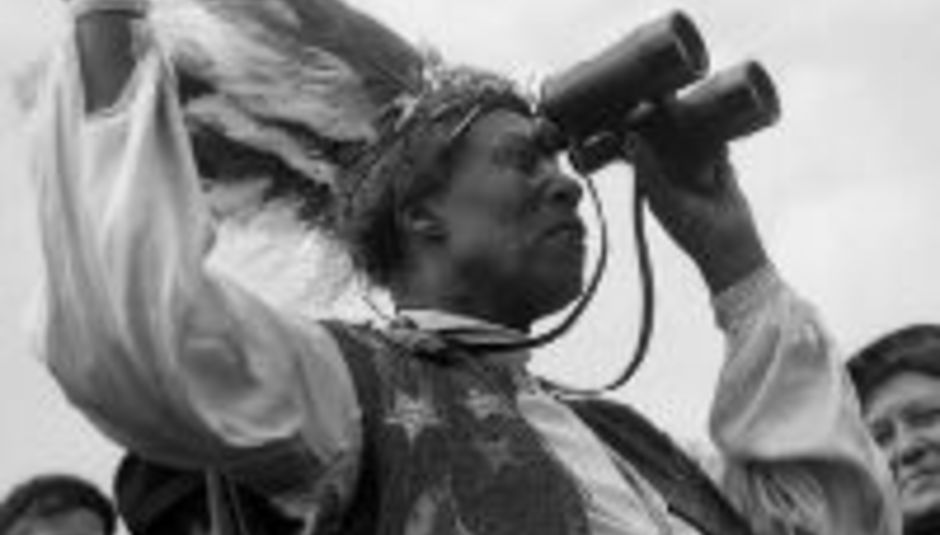 Elementary: these acts, says DiS, will be big news in 2008. Some will top charts; others will experience the times of their lives like never before. All will win over new friends, shake and fake it with the smuggest critics around, and almost certainly receive one or two spiteful backlashes. It’s the nature of the beast, sadly. ‘Til the doubters swarm, rubbing eager palms above poison pens, let’s embrace the new, the not so, and the familiar friends, and wish them the success we’re anticipating. The Dillinger Escape Plan
If there’s a band that understands the pains and positives of evolution, it’s The Dillinger Escape Plan. Now in their second decade of existence with more than a dozen former members and collaborators left at the wayside in the search for crushing perfectionism, it may be time for DEP to emerge to take it all. Their march to glory following the release of their latest (third) full-length, Ire Works (review) was briefly halted by a freakish foot injury to guitarist and founding stalwart Ben Weinman. It shouldn’t spoil the band’s momentum, though, as Ire Works is their best record to date, blending their usual thrillingly alien creations with tracks like ‘Black Bubblegum’ and ‘Milk Lizard’, which are both direct enough to ensnare new, soon-to-be-ardent fans. With UK tour dates freshly rescheduled for next month (February ’08 – details here), you can go down and see what the clamour for this generation’s most promising obtuse yet brilliantly heavy jazz-tinged hardcore punk metal is all about. GD
DiS feature
MySpace Black Mountain
Vancouver collective Black Mountain have been rattling their slo-mo rhythms around psych-rock-loving craniums since the release of their self-titled debut album in 2005, but 2008 is the year where their audience will expand to never-before-experienced levels on the back of their already superbly acclaimed second album proper, In The Future (released January 21 via Jagjaguwar). With echoes of Zeppelin, Sabbath, Hendrix and Floyd informing their material – immediacy is paramount for crossover, and the Stephen McBean-fronted outfit have reined in their wandering tendencies to potent effect on In The Future, a brilliant 18-minute sprawl by the name of ‘Bright Lights’ aside – and support slots with Coldplay (!) under their belts, as well as a track on the soundtrack of Spider Man 3, these unlikely stars are set to shine brighter than ever over the next year. Catch them live in the UK in May, and look for a review of In The Future in the next few days on DiS. MD
MySpace Adele
Whilst many – i.e. practically every publication in the UK – are quick to sheepishly call this young lady the brightest hope of the year, they really neglect having any real personal investment in that pronouncement or any real depth in sticking their neck out for what they’re tipping (these are, of course, the same people who didn’t see Kate Nash or the Darkness coming). They come across a bit like all those people who believed the Earth was flat. I say this because the album, 19, wasn’t available for anyone to hear when the bulk of these lists were formulated. So yeah, that Winehouse lady sold a lot of records and this doesn’t sound too dissimilar but whatever, who cares. This isn’t just the new suchandsuch; this is something else. Adele certainly does have a rich set of pipes on her and a way with sentimentality and soul that, combined, brought this indie kid to a tear-filled stand-still at both The Great Escape (review) and Glastonbury last year. Not saying these people shouldn’t tip her, just that whilst many may think she’s just a flash in the buzz pan, her stripped-down shows and the album are wowsome encapsulations of genuine talent and worthy of being mentioned in the same breathe as Erykah Badu, Feist, Jill Scott and, given time, many of them from the black ‘n’ white age. Whether she’ll blow up worldwide or just sell as much a Dido’s debut or just be this year’s seemingly short-lived spark like Mika and The View were, last year, remains to be seen, but one thing is for sure: if you drop your indier-than-thou shield there’s a genuinely talented young girl here with a sensational voice and songs to give faith in life and restore a love of music for a lost mainstream. SA
MySpace
Photo: Kate Merrick Foals
Small steps suit Foals. Since rising from The Edmund Fitzgerald’s carcass in 2005, the Oxford quintet have taken time to find their feet and, away from the delicate arthropod intricacies that initially marked them out as ‘Hummer’ scuttled chaotically under Yannis Philippakis’ paranoid bawl, the five rapscallions’ skewed sound now resembles a muscular beast, all brawn and brass. With TV On The Radio’s Dave Sitek in the production chair and Brooklyn-based afrobeat collective Antibalas contributing timely blasts of skronk to the band’s much-anticipated debut album Antidotes (which follows a series of singles and a live EP in 2007), it’s difficult to envisage the nation’s listeners en masse not falling for the five’s immediate charms over the next twelve months; tipsters elsewhere, new to the band though they are when compared to DiS’s since-inception relationship with Foals, are nevertheless accurate with their predictions of Bigger Things for the band in 2008. Years in the offing, as indebted to Philip Glass as Don Caballero, Foals remain the most exciting domestic act of this year’s turn-of-year picks with a genuine opportunity to break the idle-minded mainstream. So dance, buffoons, to these anti-pop bastards’ beat. SS
DiS feature (new one forthcoming)
MySpace Santogold
A cunning conundrum is Santogold. Seemingly coming out of nowhere, her debut double-A side single release brought about broadsheet features and an appearance on a much-discussed ‘cool list’. You could understand the fuss: from that release, ‘L.E.S. Artists’ sounded like Karen O making eyes at The Police in the very best way. But then again the flip track, ‘Creator’, brought about terse comparisons with her Brooklyn neighbour and friend M.I.A. Not surprising given that it was a song borne of working with Switch – an M.I.A. collaborator himself. Add in IM’ing sessions with the likes of Diplo and it’s not hard to realise that Santogold was born cool. It’s this steady, indefatigable sense of imbued success that dictates the self-fulfilling prophecy that 2008 will be her year. As sure as a long-held prophesy. Truth is, though, it’s taken a lot of work to make things so easy. On at least her second round of record deals and notably coy about her age, Santogold is a sure thing a long time in the making. You suspect that the true achievement will be to dodge the inevitable sniping and the bullets that will come her way amongst heavy exposure and heady record sales. GD
DiScover feature
MySpace Panic! At The Disco
Why ‘tip’ a band with a platinum-selling album in pretty much every country in the world, who can roll their burlesque circus into London and play four instantly sold-out nights at Brixton Academy and who have nearly 14 million MySpace friends? Why bother? Well, with only a debut album under their studded belts we’re pretty safe in suggesting they’re going to release one of the biggest albums of 2008 - especially if it turns out to be as good as anticipated - when it’s released in March. What we know of the new stuff: there was rumoured to be a prog album, which the label asked them to scrap, and at Reading last year they previewed a couple of songs which were rather a departure and sounded not unlike Ben Folds Five – they’ve even been regularly throwing in a cover of The Band. DiS predicts that they’ll walk out of recording strings ‘n’ piano stuffs at Abbey Road this week and have one of the most talked-about albums of the year in their hands, which could find itself wrapped around the hearts of discerning Shins fans as easily as your silly fringed young siblings. Failing that, your Foo Fighters-loving ‘cool’ dad type might just have a new favourite band and you can all take the piss out of this in January 2009. SA
MySpace The Kills
With a blues-rock record and a post-Bowie Velvet Underground scuzzy disco album to their name already, The Kills return this year as a cult band set for bigger things. Before Jamie started humping Kate Moss the band already had one of the most anticipated returns ahead of them, especially with The White Stripes not around to steal their thunder. The first single ‘U.R.A. Fever’ hints at a less lo-fi approach this time around, and the songs previewed live have had an intense psychedelic air to them. With the paparazzi swarming this record is bound to get a lot more mainstream attention, but DiS hopes people can see through the fuss and discover one of the most effortlessly cool, yet inventive and thrilling, bands in the world. SA
New album news
MySpace Hot Chip
When DiS chin-wagged with Hot Chip’s Alexis Taylor some months ago he spoke about the band getting better at integrating their floor-bound and melancholic sides, and it turns out he wasn’t fibbing. Following a limited release for the deranged ‘Shake A Fist’ back in October, the band will announce their return proper with ’Ready For The Floor’. A triumph on the band’s own glitch-ridden terms, it’s the song which has erroneously been referred to as ‘not good enough for Kylie’ and will soon be correctly referred to as ‘better than anything Kylie’s done in ages’ and one of 2008’s singles of the year. Its parent album, Made In The Dark, sounds great on the first few listens and could be the one to catapult the group into the kind of major league recognition they’ve always threatened. AD
DiS feature
MySpace

Can’t be bothered clicking elsewhere? Here are our other picks for the forthcoming year… check ‘em: