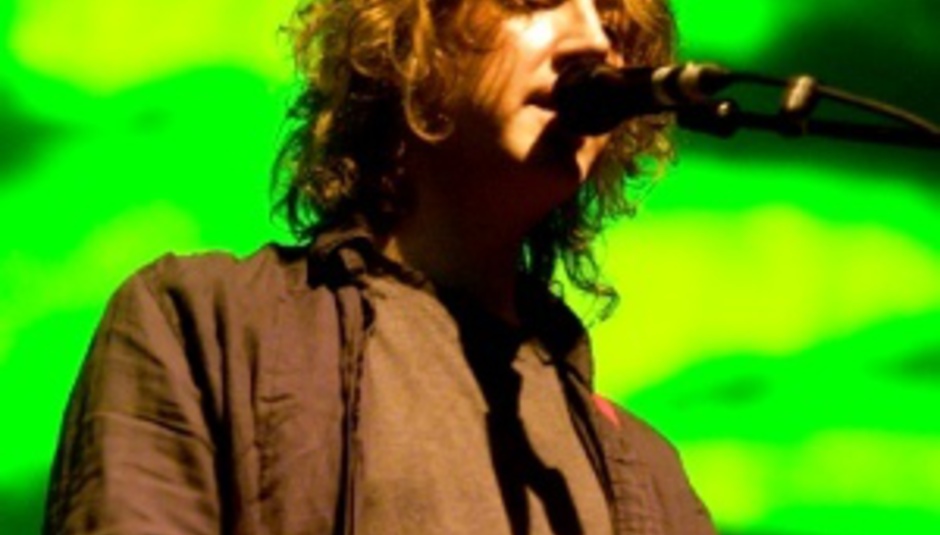 Shoegaze Week: My Bloody Valentine @ Roundhouse, London 20/06/08 (from the archive)

Shoegaze Week: My Bloody Valentine @ Roundhouse, London 20/06/08 (from the archive)

This is it. The moment everyone’s been waiting for. The first official reunion performance - Kevin Shields called last week’s ICA gigs a rehearsal - by My Bloody Valentine in sixteen years.

Early reports from the previous weekend’s gigs have been filled with nothing but white-hot praise, as our own Al Denney can attest, so expectations are high tonight for an experience that many have been waiting for with baited breath.

Of course, in a time when every band feels compelled to reunite, whether we missed them or not, it’s only natural to approach any reunion with some degree of trepidation. After all, are we here to just engage in rose-tinted nostalgia for musical days gone by? Will it be just another case of a band reluctantly going through the motions in order to pad out a few depleted bank accounts? Or are we to witness the return of a legend and his cohorts as they re-explore their work with a vitality, strength and maturity sorely lacking among today’s younger crop?

It’s certainly enough to make one pause for thought but the opening salvo of ‘Only Shallow’ doesn’t just brush away any concerns, it annihilates them with a wave of noise whose role in the band’s music can not be overestimated.

So yes, it’s true. My Bloody Valentine are indeed a loud band. They use volume in the live setting to transform the likes of ‘When You Wake’ and ‘Come in Alone’ into a sensory experience that’s difficult to contextualise with words. It’s a spectacle of jaw-dropping magnitude that has to be felt live to fully understand, unrolling before us like a tsunami, rumbling in the distance, building strength and growing in size until it culminates into a massive wall with MBV’s infamous, 20-minute rendition of ‘You Made Me Realise’. It’s in every way the musical maelstrom it’s claimed to be. Physical and overwhelming, picture what it would be like to observe an atomic explosion on the edge of the blast radius. It’s that powerful.

Far from being a nostalgia trip then, tonight is a benchmark performance by a band that have arisen from their years of slumber to remind us of what was and what could possibly be. Just don’t forget the earplugs if you’re seeing them this week.