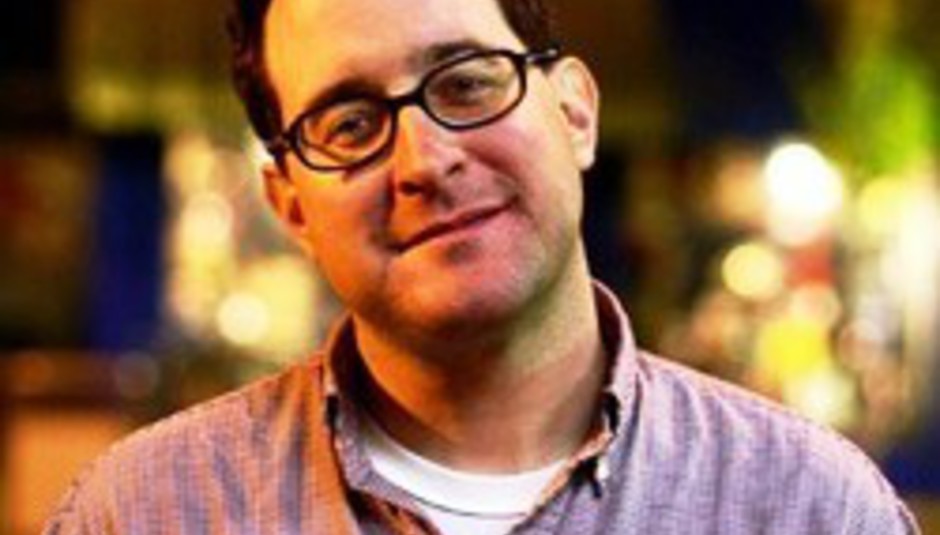 Topics forgotten to broach during this interview with Craig Finn, frontman of Brooklyn-based bar-rock revivalists The Hold Steady: Daniel Radcliffe says you’re his favourite band; those beards you grew in the build-up to release of new album Stay Positive were pretty suspect; and that guy that looks like a Romanian taxi driver from 1963 – what’s his deal? We did, however, find out that “being healthy is a big part of The Hold Steady”.

DiS: There’s a clear change of sound on Stay Positive, everything is a little less ‘indie produced’ and a little more ‘anthemic produced’... was that something you deliberately set out to do?

Craig Finn: Well, every time we make a record, we make it a little more musical. The more you play, and we’ve played hundreds of dates these past few years, the more musical you get, whether you’re using different instruments, getting tighter, being able to sing better on my part... right now, we’re a better band than we’ve ever been, just from playing all these dates.

DiS: The album has lyrical progression as well. Although it’s still classic Hold Steady territory, the characters that make Stay Positive up are a lot more honest than the cast on Separation Sunday and Boys and Girls In America.

CF: What the album talks about a lot is facing your responsibilities as you get older. The people on the album are reaching an older age, while trying to maintain youthful ideals. It’s pretty sobering.

DiS: Is reaching an older age while trying to maintain youthful ideals something you can relate to?

DiS: So how much of what the characters are saying on this album are what you yourself is saying? You’re a guy who paints some pretty large landscapes on your songs... I hate to use the word ‘literary’ but it kind of applies?

CF: Well, I’m trying to tell a story that is what I am actually saying, but there’re different viewpoints, different ways of telling the story and looking at it... These characters aren’t real people, but they’re based on people I’ve been around all my life, especially when younger.

DiS: So which song on the album is closest to your actual viewpoint then?

CF: To me, the title track is the most real. That’s actually me talking about myself, you know... “There’s a lot of old friends that are getting back in touch / And it’s a pretty good feeling, yeah, it feels pretty good”. One of the things we started to deal with on Boys and Girls In America, and it’s continuing into this album, is the idea of becoming a public figure. I know we’re not household names, but it’s still something I struggle with. It does make life a lot more interesting, just not in a positive way always.

CF: Well, there’re times you don’t want to be recognised. If I’m in a bar and fighting with my girlfriend, I don’t want the person sitting next to me to know who I am.

DiS: On a similar tip, this album, like a lot of your back catalogue, takes place in the bar, but you’ve said that people always assume that The Hold Steady drink a lot more than they actually do?

CF: What’s happened is that because of the touring we do, we’ve had to clean ourselves up. I want to keep my voice, and we need to keep our energy up for going on stage. Being healthy has become a big part of The Hold Steady. People assume that because you’re a songwriter you’re the guy in your songs. When we recorded our first album, yeah, there was a lot of drinking, but now we’re trying to keep ourselves in better shape.

DiS: Four albums in five years, plus near-constant touring... for guys that grew up Catholic you sure do have a Protestant work ethic...

CF: It’s gotten to the point where, for me, it’s much harder to sit at home and do nothing than it us to go out and tour or record an album. If I sit at home, I have problems. The touring is all by design, people are consuming music a hell of a lot quicker these days, and we’re just trying to give people the opportunity to see us as much as they can.

DiS: Do you think that you’re a throwback to a touring era then, before bands were launched with MySpace and viral marketing and YouTube campaigns?**

CF: We’re a little older than most bands. We’re from an era where this kind of touring, this kind of release schedule, was commonplace. If you look at guys like Husker Du, they did an album a year, and toured constantly. Those are the bands who we, as an organisation, want to be. Stay Positive is out now on Rough Trade and is reviewed here. The Hold Steady’s upcoming UK dates are as follows (full dates and more information on MySpace):

Tickets for September and October shows are on sale from July 23.