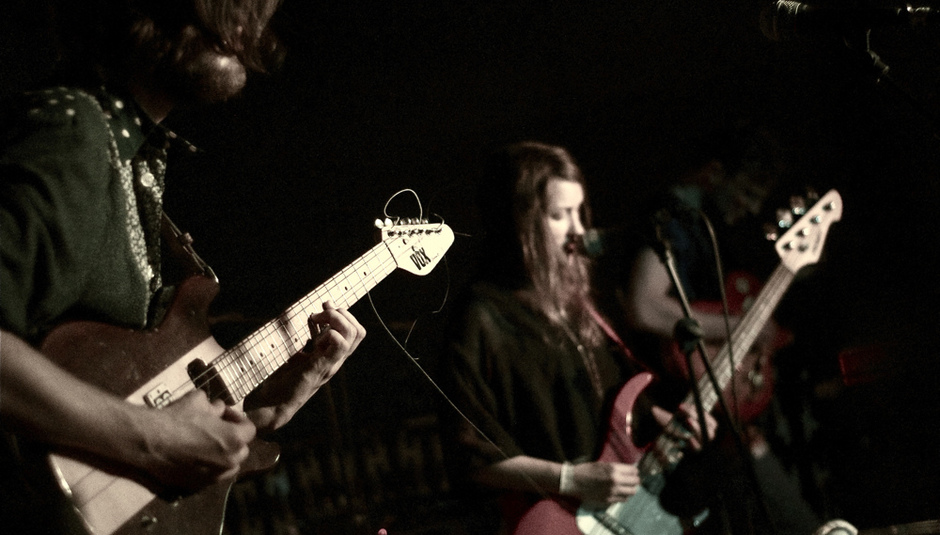 Spotifriday #57 - This week on DiS as a playlist

Spotifriday #57 - This week on DiS as a playlist

This week's (returning) edition of our content morphed into the form of a Spotify playlist, featuring works from the likes of Best Coast, Casiokids, Let's Wrestle, Digital Mystikz, Max Richter, Zola Jesus, Pulled Apart By Horses and many more. Click here to give it a spin!

This was not the single of the week, but it couldn't have been that far off, could it? You can read Wendy Roby's description of the track from Bethany and Bobb here, as part of This Week's Singles. Some great ones in there this time! This. This.

'My Schedule' contains some of my favourite lyrics of recent times. Mainly because it reminds me of being a) a student and b) unemployed. Some days were happy days, other days were just spent sleeping and watching Sky Sports News, waiting for Countdown to start. The London trio this week announced their signing to Full Time Hobby and they'll also re-release their debut album, this time with a bonus CD.

The video for this might be the best they've done yet. The idea haD to come from somewhere, but I want to know exactly where. Which part of someone's brain did this originate? How many models did they make before settling on this one. You can watch it here. Too many questions!

You may have noticed an awful lot of dubstep-related content this week, compiled by and with the expert knowledge of Rory Gibb. It's been an enjoyable discovery for me and for many of you, too, and a fitting way to kick off our 10 year anniversary celebratory content. Agreed? One piece which wasn't written by Rory, however, was the interview with Mala of Digital Mystikz. It's goooood.

5. Esben and the Witch - 'Skeleton Swoon'

I am close to certain that this band can only get bigger and bigger, and so do they deserve to. This week Esben et. al. signed with US indie Matador, the label's first UK signing for a very long time indeed. We wish them well and look massively forward to their debut record, coming some time next year! Read more here.

Another one from Rory Gibb, or more accurately Thorsten Sideboard. He compiled a mix for us to celebrate plenty of things, and included some Roof Light on it. Which is why we've included it. Shaping up nicely now, eh?

This may sound like someone running their finger around a wine glass at a classical music concert on shitty laptop speakers, but put the headphones in and you will be rewarded fully, as I've just found out. This particular track was included on our CloudCast, which we were asked to curate for MixCloud. Listen to it here. In celebration of curation.

The seriousness of the last few tracks needed to be broken up in some manner and Casiokids, I would argue, are probably about as un-serious as it gets. There is no better way to lighten the mood. We saw them at this year's Øya festival where they pranced around on stage, sang in Norwegian and generally had quite a merry time.

From the merry to the mellow. Hauschka has done some very strange things to his pianos in past years, including sticking a load of plastic onto the strings of one of them. Did it have the desired effect? Only Volker can tell you that, but he's also just revealed that there's a new one on the way.

Have you seen Gold Panda's Twitter? It is the best. He pretty much doesn't give a shit. About anything. That's the way we like them made. His music ain't too bad, either. He plays Green Man festival this weekend, the preview of which you can read here.

This one IS the single of the week. Or should that be Single Of The Week. Regardless, it's the best individual cut out this week, as decided by Wendy Roby. Click here to read her honest and open assessment about this particular track.

HOW CAN I DANCE WITH MY BALLS ON FIRE?! It doesn't say that, but it's more fun to replace the real words with them. They released the video for this single this week, which you can view here.

Why is this in here? I have no idea. I think it's part of This Week's Singles or something.

Can you imagine Zola Jesus opening up for Esben and the Witch, or the other way around. Jesus, that'd be gloom central. There are certain similarities, but both shine (or darken) in their own particular way. Zola Jesus is just slightly more morose. Read the review of her album here.

Another cut from the dubstep themed content this week. Ramamdanman was included in the inaugural Subliminal Transmissions column, which you can read here.

Click here to listen to this week's Spotifriday playlist and here to browse our extensive archives.

Scott Pilgrim Vs DiS: A chat with Edg...