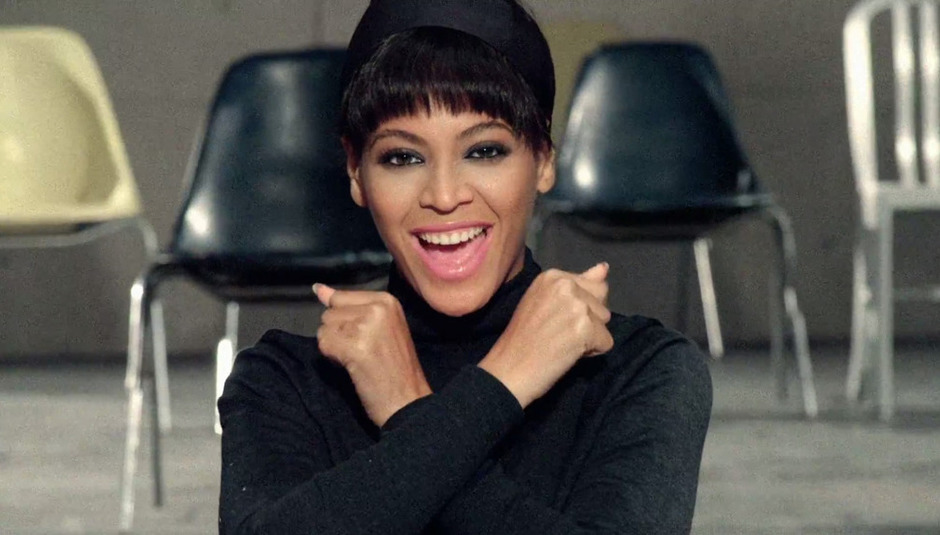 Here is a short introductory anecdote:

I was really, really lucky and got to go to the UK Music Video Awards ‘11 in Leicester Square. I put on a really nice suit, which I then wore with an untucked shirt like I’ve seen cool kids doing. My Mum would be ashamed but Justin Timberlake would be proud.

Like many others, I try and avoid central London usually, and so didn’t plan for the events of a) the Oxford Street Christmas lights switch-on and unlimited people and b) Leicester Square is a massive building site that smells of eggy fart. I had a conversation about directions with Sherlock Homes on the way there, and even talking about Google maps he never came out of character. Not joking.

Anyway, it was a lovely night (with free booze) with some well-deserved awards dished out by the extra-lovely Adam Buxton, who excelled as host, especially when there were more categories than should have been fun. Some of the winners you’ve hopefully caught in this roundup over the last year, but you can find the whole list here. It was excellent to see Cyriak, Megaforce, DANIELS and US get massive props alongside some of the more usual fair. By that I mean Spike Jonze.

However, I’d just like to say to some of the guys sitting around me that your brand of ridiculous office sexism made you seem really stupid. HA!

This is the last roundup of 2011. There may or may not be a “best of” type arrangement and I’m open to which ones people may have enjoyed the most either included or not included in this roundup. I’ll start a “Best Music Video of the Year” forum thingy and anyone can battle like Pokemon if they want to.

David Lewandowski made this and then got snapped up by a production studio. This video is equally visually warped, but also super fun. Usually when people go for warped, they go for super disgusting or mental. I like that this is fun. I feel the need to emphasise fun. I like fun.

'Wolf' by Trophy Wife from Sef Tedder on Vimeo.

Some things shouldn’t be ignored, but some should be watched with care. This video could really disturb you or you could find it really funny. It all depends on how mature you are really. What would your mum think?

Some lovely animation here to a song that’s best described as “drippy”. It’s perfectly listenable though, and the water effects and transitions by Kijeck / Adamski are truly lovely and painstakingly thought out.

We Cut Corners "Pirate's Life" from Kijek / Adamski on Vimeo.

If I have children, they will not be allowed stuffed toys.

A story about Skillet’s imaginary friend shank. It’s not a knife, no. It’s a man in a pantomime knife outfit who is an imaginary friend, of course. Rude and abrasive comedy from Skillet here. I found it funny, but also worrying.

Some silhouette animation that reminds me of Xbox Live Arcade game “Limbo”. Not a bad thing.

Directed by Fleur and Manu

If you go online, you can find directors Fleur and Manu listing influences on this video that include Akira and Children of the Corn. Whilst interesting, I see this video as a special effects showcase. Not in a “see what we can do” super-rubbish Avatar way, but in a way that underlines that CGI can be used to make atmospheric pieces that fit in harmony with real world footage. I do realise that previous sentence is neither entertaining nor interesting.

The real credit here is due to those prop designers. Knitted room and outfits are all suitably impressive and create a very sinister sense of twee. Also, I know a lot of people whose dream it probably is to be stolen in a thrift store and wrapped in colourful knitwear. That’s not my dream though. Not my dream at all. More like a nightmare.

Rammstein do Baywatch. That is a literal description.

I think this is wonderful. It’s really very funny. Some things are not funny, but this is. It’s funny. It’s also got that man from Four Lions in it. You know what’s going to happen at the end, but that seems to make it all the more endearing. Also, the music is really very good and captures a sense of grungy, pointless delight.

I think some people will give me a bit of grief for putting Will Young in here. Unfortunately for those people, this video is adorable. I use the word ADORABLE with great care. You’ll find it ADORABLE I promise. If you don’t, maybe it’s because you’re dead inside and you should just go back to your job of smothering little joys and annoying all of your friends who, to be honest, told me that they don’t really like you.

There’s a lot of eyelash batting. Some might say too much. NOT EYE.

Sometimes I just crack myself up. Moving swiftly on and getting straight to the point, as a pop promo this video is great and directed by Tom Petty’s daughter.

Ewan Jones Roberts and Casey Raymond are a pair of wonderful Welsh directors, who have previously made a fab video for Aeroplane’s “Superstar” and recently made a video for Los Campesinos. The Los Camp’s one really didn’t float my boat, but this is a super excellent one-shot video that stands apart from other one-shots due to its excellent memory man concept. I’m not talking delay pedals here.

Some excellent French animation with some Japanese overtones here. It’s really brilliant, but also quite twisted and horrific. Excellent art and a really compelling narrative, but it’s not for the squeamish. Also, I might be really out of touch, but I’ve never heard of Dye before, but I really like their slow, synthy reverb-sponge. I like a lot of music though. I’m like an easily impressed toddler. Except when it comes to chillwave. I like the music, but I just think the name is stupid.

The panic from Thom’s erratic and refracted voice really permeates into this excellent promo for Modeselektor’s collab. Part zombie film, part Robinson Crusoe, this wonderfully shot piece is excellently frantic and works on so many levels. Like a lift.

Usually, Fleet Foxes breed of chanty, folky, Crosby, Still and Nash can really grate on me, but this animation is sublime and accompanies this somewhat charming and emotive folk-rock opus that Fleet Foxes have cobbled together. The video has a real sense of meaning and passion. It’s really very good. Sean Pecknold made another excellent video for Fleet Foxes before in the form of “Winter Hymnal”, but really excels himself here.

The Shrine / An Argument from Sean Pecknold on Vimeo.