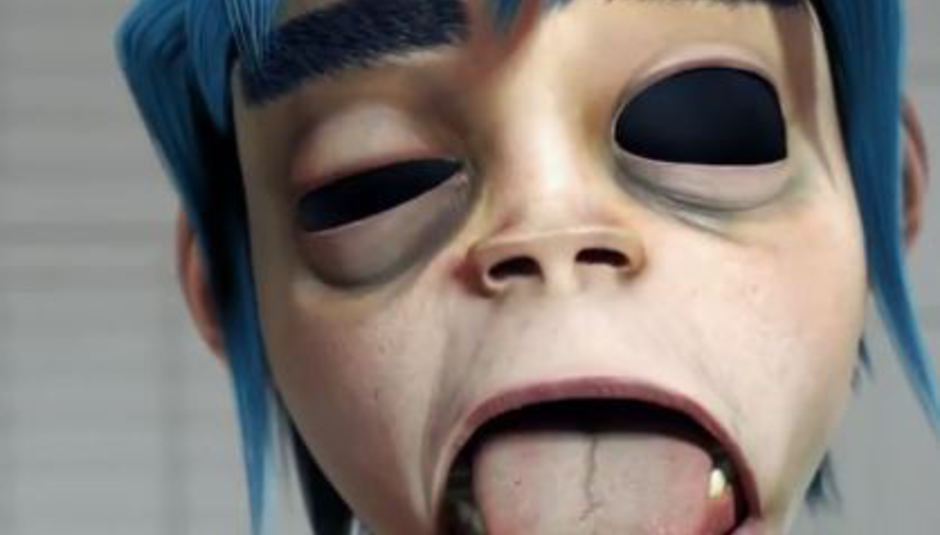 Sam Hill, curator of the BBC's Music Video Festival, returns with his video picks of the finest music vids of the first quarter of the year featuring the likes of David Lynch, Grimes, Chairlift, Spiritualized, Factory Floor and many more....

There have been an excellent showing for music videos so far this year. There have also been some right stinkers.

That’s a really stupid thing to write really, as that’s always how it is, but I’ve made my decision to write that and I’m sticking because there’s really no excuse for Madonna’s outings so far. I was really disappointed when MegaForce - the French directors responsible for Is Tropical’s fab ‘The Greeks’ - produced a lifeless mess of a video in which Madge looks like the Mum of a slightly ashamed MIA and an massively psychotic Nicki Minaj. Let’s not even go near “Girl Gone Wild” which looks like a bad fragrance advert from the 90’s and yet somehow has been banned from public view on YouTube for being too ‘raunchy’.

Also, I think I hate Odd Future now. I call it “Kony 2012 Syndrome”. At first I was taken in, but then you read into it more and you find that it might be quite a sinister weird cult. On the DiS forum, some guys introduced me to the video for Oldie (thanks guys) and it’s a classic hip-hop crew video. It’s natural and fun and lo-fi and make them feel like a real gang. However, they unfortunately decided to make the Rella video. Don’t make jokes about wife beating. Because of that, they get no videos here (although I’ve put links in, so again kind of a stupid thing to write).

If you don’t really like music video, and now want to read more about Madonna, then head to this rather fantastic DiS Does Pop.

3D is like having a Wetherspoon’s novelty drink that's called something like “FRUITSPLOSION” but really just makes you vomit bright green and glitter. Let’s go one better and get involved in the vomit. Pick the path of the vomit. Choose the colour. Scroll around the vomit.

That confusing vomit analogy is finished and interactive music videos exist. Tanlines have a scrolly roundy video that is kind of interesting, but Chairlift have a super-dooper pick the path of Chairlift lady to see who she’ll have a romance with (inc cameos from American indie bands). Like being on a terribly cool and melodic Take Me Out) rather than being on a show where people try to impress girls by appearing from a dumb-waiter to dance like a prick.

Watch all the below videos in one place on this YouTube playlist.

Now that the modern world is outta the way, here are some excellent music videos from the last few months.

'Whilst Somebody I used to Know' might have shot Gotye to some relative fame, this video is the better for my money. Made by the same people at 'Oh Yeah Wow', it’s a rather excellent stop motion affair with some excellent styling. It’s the scrolling, circular nature of the camera that makes it a winner though, making the life of a Belgium odd-pop star quite bleak, but somewhat magical.

Do I find this funny? Yes, I find it very funny. For once, it’s a music video with great dialogue (the music ends at 2:00). Very, very funny. Certain to appeal to anyone who has tried to make a music video, or God forbid, been in one.

Do I find Kindness’s music horrible? Maybe. It’s like being in an earthquake – you don’t want it to be happening, but you can’t help but move a little bit.


And here was a SXSW message from Kindness.

The Death Set – They Come to Get Us (Counter Records)

I had no idea who this band are, but their pop-culture meltdown really appealed to me. Everything from Star Wars to Back to the Future to anime to Lego is all mashed together in a wonderful shouty collage.

Jake Gyllenhaal (omg he so dreamy!!) goes mad and takes down hipsters with gory consequences. Daniel Wolfe is a great director. It’s like some weird mini-movie.

Keaton’s already had a puppet video with his upsetting promo for “Charon” – a video for which every journo attempted to avoid the word ‘haunting’ but failed. Director Joseph Mann’s first music video is a cute puppet take on everything being really sad and Darwinian. It really is a treat though because Keaton Henson might as well be a ghost for how bloody haunting he is.

Top Tip: This video continues his relationship with production company Colonel Blimp and Keaton once worked with Blimp director David Wilson to illustrate for this excellent video for Japanese Popstars.

For me, one of the best things about Gorillaz is the accompanying videos and artwork. Still doing the kind-of-3D thing, Tank-girl creator Jamie Hewlett depicts Gorillaz’ humble abode. As always, it’s charming, funny and disturbing all at the same time. 2D’s comic strip dream where Murdoch is lovely to him is heatbreaking.

Set in the Middle East but with bling and car stunts, this video wins parody points for looking excellent. Both cinematography and styling here are on top form. Certainly entertaining enough to warrant a watch AND you can watch it without seeing ginger kids explode.

We’ve often had a showing from director duo DANIELS in this column, and this promo again demonstrates why they’re so good. I think well summed up by DiS singles wunderkind Wendy Roby who put that “James Mercer is like the Daddy of the Shins, doyousee, the DADDY - so it’s okay to hate him a little bit at the same time as loving him a little bit too. CLEVER CLEVER if you have, in fact, sacked all your band and fucked off with all the songs. It’s like when Justin took on Britney being a slutty cheater in Cry Me A River except indie.”

The Shins - Simple Song on MUZU.TV.

Also here is DANIELS short film for Channel 4 that involves AN EVIL MAN WITH EVIL POCKETS AND THAT EVIL MAN IS ONE OF DANIELS AND IT IS BRILLIANT.

Do you ever want your music videos to be super-coloured and mega-fun? To look like an Sega Saturn has exploded, caused a breech in time and space and then sucked in Nicki Minaj and The Vengaboys? To make you feel like you’ve eaten £10 worth of penny sweets?

Two from Modeselektor’s pretty darn good Monkeytown record. First, Evil Twin does a live type video collage screen capture thing. It’s been done before, but this one’s very clever. Probs not really screen capture, but I’m not judging. It’s very slick and there are monkey men in morph suits doing a sort of hard-house Benny Hill thing. Some great cartoony set design also - which brings us onto the animated delight of “Berlin”. Arguably not quite as interesting as Evil Twin, but its artwork is playfully childish and the song is ace. Also, there’s a nice theme to these videos – both featuring primates and cardboard set. CONCEPT WIN.

We all knew David Lynch would direct his own video at some point. Well, he did. I just didn’t expect it would be some sort of suburbia-camcorder-crazy-nuddy girl thing.

Okay, maybe I should have expected that.

Director Emily Kai Bock was signed straight to music video production giants Somesuch and Co – who produced at least three other videos in this roundup. It’s good. However, it’s Grime’s oddly elegant performance and the excellent locations (inc mad sports arena and arkward extras) make it great. The footage has a dreamy quality to it to rival Grime’s own music, and the vague haziness of the whole ordeal is very pleasant. Although, I might think Grime’s fringe is really stupid, if only I didn’t think she was so bloomin’ brilliant.

AG Rojas is a master of turning a music videos into a touching, personal story that attacks society’s taboos. His/Her (I genuinely don’t know. I’m sorry – there’s not even a Wikipedia entry for him/her) Jamie XX and Gil Scott-Heron was an amazing story of a mum-boxer (a mum who was also a boxer, not a person who boxed mums). This ten minute wonder is a touching and sometimes upsetting tale of family, transgender, prostitution, violence and children. It’s deeply adult. By that I mean not in the comedy violence way. It is a serious piece of filmmaking that you’ll want to gear yourself up for beforehand. Pretty outstanding.

There were lots more videos I could have included this time around. A great showing this year so far. If you really like the idea of watching brilliant music videos on a big screen and having Adam Buxton do funnies, then you could go to a BUG in the near future which are fab and are doing lots of things around the country over the summer. Thoroughly recommended. Also, if you make music videos then you could keep an eye on The BBC Music Video Festival 2012 as they’re going to open submissions soon and do loads of cool stuff all over the country. Trust.

Make fun of my sentence structure and overuse of punctuation by shouting at Sam Hill on TWITTER?? and then you can be bored by things like my tech blog. WIN!