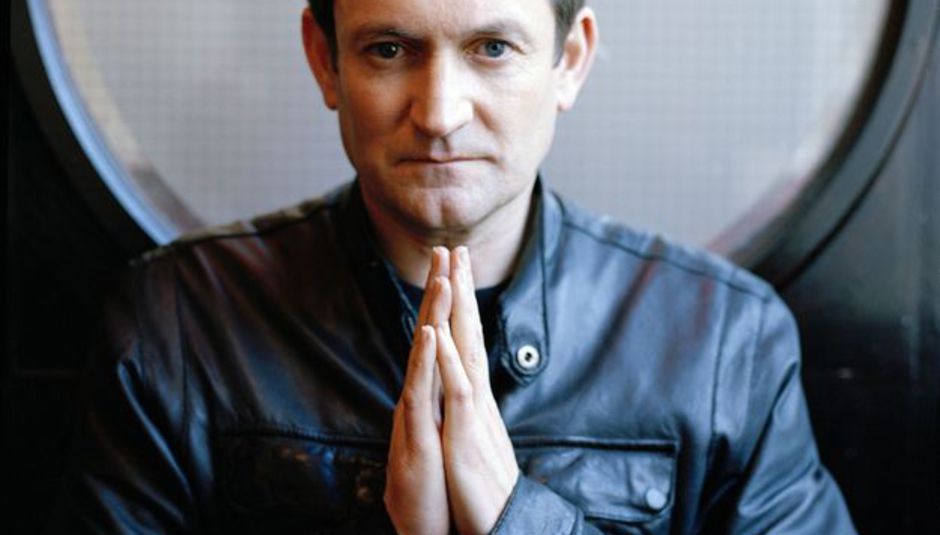 Former Housemartin and Beautiful South main man Paul Heaton has decided to celebrate his 50th birthday by taking his 'soul opera' 'The 8th' onto the road this July with a range of collaborators, including Los Campesinos! vocalist Gareth Paisey, Cherry Ghost and actor Reg E Carthy (The Wire).

'The 8th' is one of the longest songs ever written. In eight chapters, it looks at the seven deadly sins through a series of scenes taking place in a single poverty-stricken neighbourhood. Here, Gareth from Los Campesinos, talks to Paul about the process....

Gareth Paisey: I've been lucky enough to have a copy of The 8th for the past couple of months and after repeat (and I mean repeat) listens I still am finding multiple ways to enjoy it. Whether it be listening to the piece as a whole (as I'm sure was intended) or getting a cheaper thrill through listening to just the "songs" within the performance. One thing that's immediately evident is how well they work as a whole. Which makes me wonder at what point did these songs become a part of a bigger idea?

Paul Heaton: It was always intended as one main song that sort of ran on and on, sweeping up different sins and singers on the way. And as you point out as a listener, it's intended to be enjoyed both ways.

GP: And when did (award-winning playwright) Che Walker become involved? Was it a case of you bouncing ideas off one another and writing together or did you primarily work separately before bringing the two sides of the piece together?

PH: He became involved pretty early on in the production but after the song had been written. I went away with Dave Rotheray initially then re-wrote most of it with Jonny Wrong. Basically he quizzed me at length about what had inspired the idea, what sort of books I'd been reading, films watching etc. The conclusion was he went away and wrote a great piece that runs parallel with the song[s] and takes in the influence that authors like Donald Goines and Iceberg Slim had on it and the politics that activists like Fred Hampton and Bobby Seale brought.

GP: To someone who follows your career as closely as I do the soulful sound of The 8th doesn't come as a surprise so much as the following through on a promise you've been making for a long time. Your love of gospel and soul has always been apparent (right back as far as the Fish City Five, not to mention your 'Under The Influence' compilation containing such acts as forgotten socially conscious R&B act City High). After recently workingmore of a country/Americana vibe, was it exciting for you to write so successfully within this medium?

PH: Well I think working with Jonny Wrong was always going to lead to this sound because he's the first sidekick I've had who has been able to realise some of the sounds I've wished for. What was unusual about this particular project was that in previous forays into gospel, soul etc it was always inspired by listening to that type of music whilst this time it was a song and style influenced more by treading than anything else and in particular Look Out Whitey by Julius Lester.

GP: One thing that's key to The 8th is something which you've done to great success throughout your career, writing words to sung by others' voices. How was it different this time? Was it exciting imagining who might sing the songs as you were writing them?

PH: It was exciting imagining an all-star cast but in reality it had to be people who had the time to do it. I think in general we got the mix right.

GP: Your role within the live performances of The 8th is clearly going to be vastly different to when performing solo or with your previous bands. As your guitarist Jonny Lexus put it in our email correspondence: "Paul's [got] bugger all to do til the end". How do you find that? Is it like the itchy footed substitute on the sidelines waiting to make his impact on the game, or the player-manager thinking "I've got to bring myself on and show this lot how it's done"?

PH: It's neither really. I just really enjoy not having such a major part to play. Originally The Beautiful South had two extra singers so that I could stand at the back and do nothing. It was only later when I realised that Dave Hemingway didn't really have it in him to be a front man that I felt I had to step forward.

GP: I find it very hard to give words I've written to my bandmates to sing, because they're so personal to me. Have you any regrets, in hindsight? Songs that you wish were sung by yourself on record, rather thanHammy, Brianna, Jacqui or Alison? Similarly, are there any you now feel mayhave been handled to greater effect by a bandmate's voice?

PH: You release them like little babies and at some point you lose them anyway. Or you did. I used to sit and write them and they'd be enormously personal things and then they'd get on the radio and become massive hits. At that point you'd feel so impersonal that it felt like you had your brain turned inside out and everyone could see what you were thinking. Nowadays that has all changed and the relationship I have with the songs is more personal again.. In answer to the regret issue- as long as they sung them well I would be happy. But they had to put their own personality into the song otherwise it would be just a case of karaoke. That's what was great about working with such diverse artists on The 8th. They all wanted to bring a bit of themselves into the song and claim it as their own.

GP: As an extension of that...I've always thought it incredible how at the beginning of the Song For Whoever video (the first TBS video) you are seen typing out the lyrics before handing them to Dave Hemingway who sings them. Was that intentional?

PH: No not really.


The Beautiful South - Song For Whoever by UniversalMusicUK

GP: One thing that's always made me curious is the extent of your ability with a guitar or any other instrument. In documentaries I've seen in the past you've written melodies on a glockenspiel and I've seen photographs from recent tours of you onstage with guitar in hand, but what is your ability with it? And if it's not great, then what techniques do you use for coming up with musical ideas to accompany your lyrics? Is there a reason you never played an instrument onstage through all your years with The Beautiful South?

PH: The instruments I play badly are almost Roy Castle like. I play a little harp, Glockenspiel, Trombone and guitar. Occasional Bass too. My problem is I have the attention span of a gnat.

GP: With it recently being the Queen's Jubilee and all that, lately, a lot of the Housemartins' material has seemed more relevant and vital than it ever has to me. But I also recently read an interview where you say you felt the lyrics from those days were "awful" (I'd disagree with that, hugely). Not much time passed between the end of the Housemartins and the beginning of the Beautiful South, and although it seems like the political points you're making in early South material are continuations of your workwith the Housemartins, to me, the storytelling behind them seems to have kicked up several gears. Did you make any conscious decisions about changing the way you write between those two bands?

PH: Well I understand they're not 'awful' to a lot of people and are hugely important to many but to me they are quite embarrassing. Not all of them but I looked at the words to 'Over There' and just thought 'I can't sing this, it's just not good enough'. Lyric writing to me is about progression and not nostalgia and if i'm to play something from the past it has to be because it's good enough.

GP: Similarly, how do you cope with knowing people have certain expectations from your lyrics? I think you've covered a vast number of musical styles throughout your career, to the extent that your fans know whatever you come out with next, they can trust you to have got it spot-on, but lyrically, do you consider what peoples' reaction will be to the words as you write or do you try only to write for yourself?

PH: I write from a pretty small place in my head. There's no expectations there, only a want to prove to certain teachers that I'm not 'thick' or 'a waste of space'. I make sure I write in a place [Bergen, Noord Holland] where no-one thinks I'm anything other than a passing stranger.

GP: And to end, a question with no relevance to my remit, but one that's vital to me as a touring musician...you're currently on tour while the European Championships will be playing out. I'm the proud owner of a ten foot tall Housemartins 'Happy Hour' era tour-poster which includes England's 1986 World Cup group games among the listings. Are you scheduling your travel and stage times to make sure you miss as little action as possible or am I bringing up a sore subject here?

PH: Ha that's funny because I remember trying to find a telly at Glastonbury in 1986 and not one person being interested, despite the fact it was the England- Argentina Quarter-final. How times have changed. I think it may have been Andy Macdonald's idea because I was never really an England fan after 1973. I realised that to support the same team as other people did I might start thinking like they did.

The staged version of The 8th will tour on the following dates:

The 8th – the album – is released today on Proper Records.