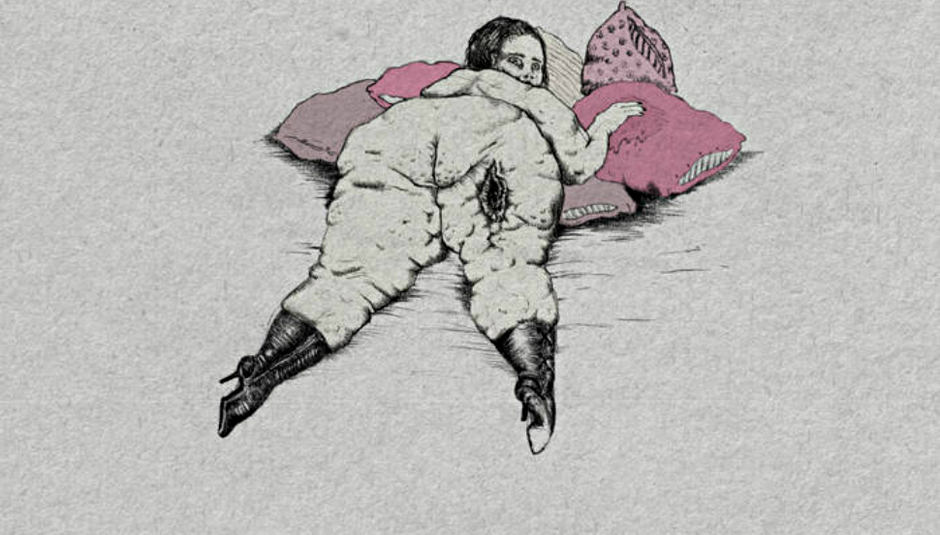 Ambient Sounds was very lucky last month to make it to Denovali’s annual London festival, a two day event that this year took place at Dalston’s Café OTO and Hackney’s St John’s Church. Denovali have been one of the premier labels for ambient/drone/experimental music in recent years and this event demonstrated why with consummate ease.

Highlights included Karen Gwyer who took things into truly astral territory on the first night at Café OTO, with a set more low-key than those who have seen her before have come to expect. Utilising some surprisingly vintage synth sounds, Gwyer demonstrated that she has as much of a talent for creating absorbing sound palates as she does for visceral post-industrial techno.

The night at St John’s reached a peak early with Greg Haines proving equally adept at neoclassical piano and electronics, and Fennesz balancing colossal sound waves with delicate emotion. The unsurpassable ‘Liminality’, from last year’s Bécs proved possibly the festival’s most gorgeous moment. A word should also be given to the excellent dark ambient atmospherics of Moon Zero, whose early Denovali EPs suggest should be watched closely, and of course to headliner Jon Hassell. Whilst the church setting feels slightly at odds with Hassell’s illuminating recasting of jazz in numerous musical environments, there’s no mistaking the breath-taking individuality of his music.

Few artists in the ambient world are quite as individual as William Basinski. With Cascade having received acclaim in last month’s column it is now the turn of The Deluge, which utilises the same material as Cascade to create something equally intriguing, albeit perhaps slightly less hypnotic than its predecessor. The equally legendary Adam Bryanbaum Wiltzie (of Stars of the Lid, A Winged Victory for the Sullen, et al) also has new material, in the shape of a short solo EP Travels in Constants, Vol. 24. If you need a new dose of Wiltzie’s trademark atmospherics then these putting these four vignettes on repeat should more than do the trick.

Similarly wistful are the new efforts from prolific Japanese composer Chihei Hatakeyama and Ken Camden. Hatekayama’s Moon Light Reflecting Over Mountains is, in some senses, a record of detachment, but even in its dreamiest moments it just about remains in touch with reality, albeit in slow motion. Camden’s Dream Memory is more vivid, and whilst the Implodes guitarist isn’t bringing anything new to the table, there’s a calming charm to his music that makes it perfect for long summer evenings.

Shuttle358’s Can You Prove I Was Born? is similarly well suited to high temperatures. This is an album breezy enough to provide air in the sweltering heat, but also sensitive and thoughtful enough to be equally effective in any environment. Dan Abrams last released a Shuttle358 full-length eleven years ago and, although he’s kept busy enough in the meantime, it’s immensely gratifying to have a comeback as perfectly judged as this. This is a genuinely beautiful record, one tailor made for listeners needing

Meridian sees Barn Owl’s Evan Caminiti embrace electronics to the fullest extent, with a record that’s both darker and narrower than previous efforts. There’s an element of The Haxan Cloak to proceedings, albeit with only the smallest hints to Bobby Krlic’s love of industrial brutality, but ultimately Meridian is all about subtlety. This is the sound of the ever functioning, never sleeping world of technology, quietly – but slightly menacingly – invading each portion of the sound world we inhabit.

Olympic Mess, the brilliantly titled new effort from Helm (Luke Younger) is – perhaps surprisingly – a far more human affair than Caminiti’s latest. Whilst there are bursts of unmistakably synthetic noise at fairly regular intervals, there’s a creakiness to proceedings that deliberately betrays the presence of Younger’s directing hands. Then there are moments of consciously gentle hypnotism, like the gorgeous title track, that emphasise that there’s a more restrained side to Younger’s musical instincts than previous records have often suggested. Olympic Mess is an album of surprising, and rather beguiling, intimacy, with darkness only really threatening to descend with the eerie whispers of ‘Strawberry Chapstick’.

Her Name is Calla’s music has always conveyed intimacy with greatest delicacy. Albums of the quality of The Quiet Lamb and Navigator should have made them an act of significant cult status by now – if not a band on the verge of the mainstream – but instead they remain defiantly in the underground. A Wave of Endorphins soundtracks a new documentary about the band, set to be released alongside three full-length album shows (one for each of their studio LPs to date) at Leicester’s Firebug venue this coming weekend. It’s as heart-achingly pretty as all of their music to date, demonstrating concisely and neatly many of the things that make this band so worthy of your attention.

To get in touch regarding the Articulate Silences column please email me at avantbland [AT] gmail.com. For previous columns click here.

Live review: The Who, BST in Hyde Par...