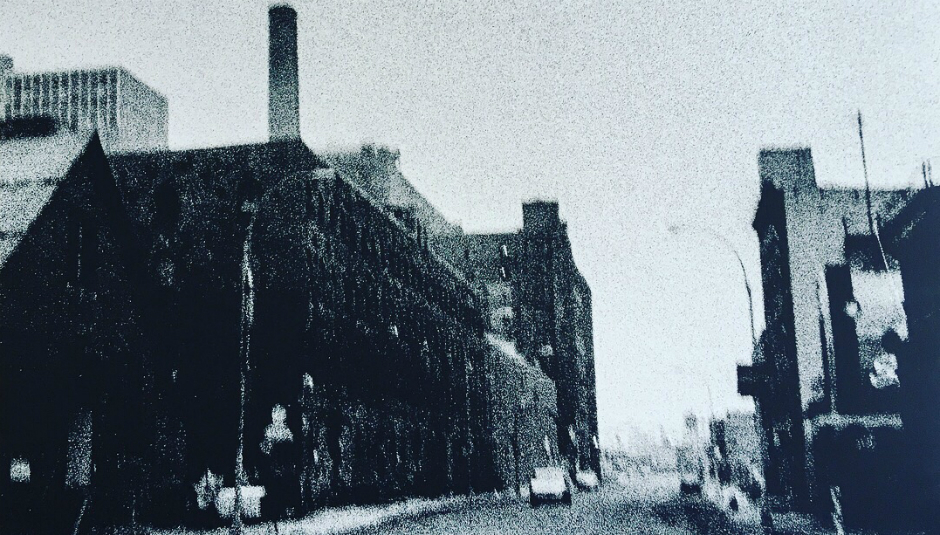 The Fangasm: Handsome by Handsome

The Fangasm: Handsome by Handsome

The 20th anniversary of Handsome’s only full-length LP passed last year without incident. That, my friends, should invoke shame at a cellular level. Outside of 2013’s excellent reissue, which finally granted the record a vinyl release, this is an album mostly consigned to obscurity. It deserves so much more. It’s just as good as Water And Solutions, Around The Fur or Fantastic Planet, which are probably its closest contemporaries, deservedly recognised as classics in their genre. Yet it doesn’t really sound like any of them. Handsome is its own beast entirely, informed by classic New York hardcore and the members’ previous stints in Helmet, Quicksand, and Cro-Mags. The resulting statement stood (and remains) in towering isolation.

My own experience with the band was completely by chance. As a restless 14-year-old, I devoured the output of every band who toured with my favourites. At that time, I only wanted to listen to Silverchair’s Freak Show. Later, I discovered Betty by Helmet, which immediately etched itself to my existence, but my more immediate concern was the band with the terrible name opening the Freak Show tour.

I grew up in the countryside near Norwich, and access to record shops involved an hour-long bus journey. However, I made the trip and eventually found the Handsome LP in Lizard Records (RIP). I went straight home, absorbing every corner of the inlay on the way. Once through the door and in my room, I dropped in the CD and wound the dial to tinnitus-inducing levels before pressing play. I wanted to hear it loud. Greeted by ‘Needles’, I immediately fell in love: abrasive Les Paul arpeggios, stop-start drop C# riffs, and a melodic heart struggling to hold the whole thing together. It’s angry, frustrated and defiant – post-hardcore before that became an alternate description for ‘watered-down emo mall-goth nonsense’.

On the surface, it’s a fairly relentless listen, but multiple turns reveal variety and gentle exploration. Riding the punk and hardcore influence is a real love of ambient dissonance, where space is earned through patience and repetition. ‘Left Of Heaven’ exemplifies this, beginning with a beautifully skewed verse riff that builds atop thick, ascending chords, then concedes ground to a coarse anti-solo. Singer Jeremy Chatelain adds to the murk with opaque lyrics (“My fury comes out in colour / it seems twisted / storming left of heaven / in my nightmare”) and a detached melancholy. The following song, ‘Thrown Away’ is the sort of song for which Far receive all the credit, but which Handsome perfected first; slashing hardcore spliced to a twinkly chorus, unfamiliar bedfellows only seeking coexistence. This leads into ‘Dim The Lights’, the most straightforward song on the record. It’s constantly in a massive hurry to get to the chorus, propelled by an equally impatient rhythm section, and has no interest in sticking around. In my embittered opinion, that three-song stretch is as good as anything the rest of the Nineties had to offer.

What emerges later are whispers of Tool (‘Lead Bellied’), Nirvana (‘Waiting’) and Alice In Chains (‘Swimming’), but the true core of Handsome resides within ‘Quiet Liar’. It’s a transcendent exercise in confusion, lumbering under the weight of the best song REM never wrote. It shifts between airy, brooding menace to lurching fury, but the overarching feeling is somehow one of crushing fragility. When I was in college, every A4 folder became a canvas for the lyrics “This is a mess, an irreversible mess”, which I doubtlessly treasured as both cultural alignment and hilariously deprecating self-commentary. Maybe arriving fresh to this record in 2018 will dilute the song’s impact, but all I know is that every time it comes on and the verse melody begins, my stomach twists in sympathy and I’m frozen until it fades. I genuinely think that, had ‘Quiet Liar’ never existed, a part of me would mourn its absence always.

So why the hell should you care? Well, because the DNA of this band can be found all over the most interesting noisy LPs of the last 20 years, from Hell Is For Heroes’ The Neon Handshake to Fear Before The March Of Flames’ The Always Open Mouth and Vomitface’s Hooray For Me. Because it’s a document of a band totally in sync and thriving on the tension that would eventually destroy them. Because, after 20 years, nothing in its genre has come close to its beautiful, shimmering unease. And I because I told you so.