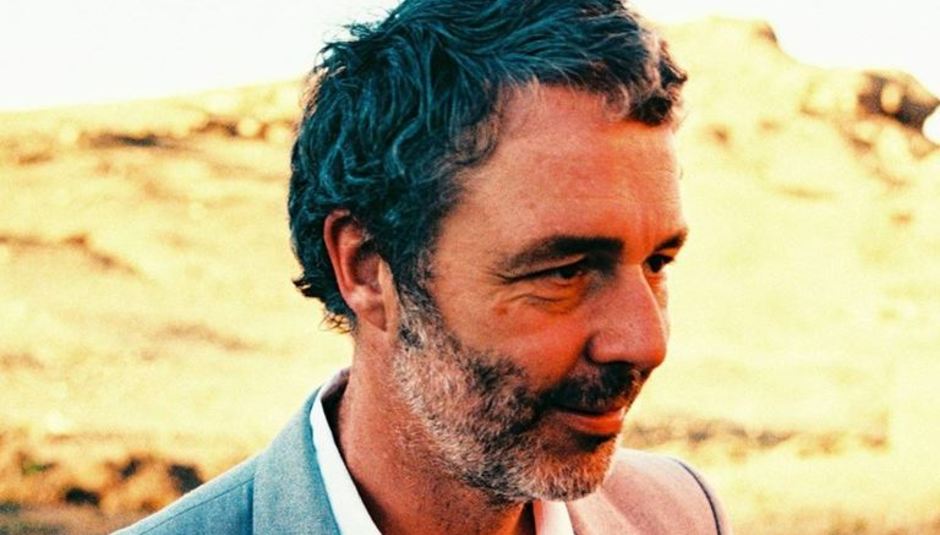 Baxter Dury has been making music since the turn of the century but it wasn't until last year's fifth record Prince Of Tears that the critical acclaim which has followed him almost from day one turned into commercial success of sorts. Released on Heavenly Recordings in October of last year, just in time for the end of year "Best Of" lists, Prince Of Tears became a late but deserved entry in many, picking up deserved accolades everywhere it went (including a nomination in DiS' annual Mercury Prize alternative the Neptune).

The majority of 2018 has been spent touring all over the world and playing festivals in between, picking up a whole legion of new fans along the way, while later this month will see the release of B.E.D., Dury's collaboration with Etienne De Crecy and Delilah Holiday of London riot girl punks Skinny Girl Diet.

DiS caught up with him a few weeks ago to talk about success, new projects, Disney left-wing politics, the importance of having a good record label and future of music journalism.

DiS: Although you've been making music for nearly two decades now, your fifth and latest album Prince Of Tears introduced you to a wider audience. When did you first become involved with Heavenly Recordings who released the album?

Baxter Dury: It was all very local. I'd been on Rough Trade for a while and we all know each other. I was signed to the PIAS organisation anyway so you look for one of their outlets to release your music, and I was trying to find a better one in the UK. Heavenly seemed like the right ones and when I gave them the demos, they were really into it straight away.

Did being on Heavenly help open the doors to a new audience?

It did. When you're working with good people who believe in what you're doing you're always in a better position.

Do you think it's still important to be attached to a label rather than self-releasing?

It really depends on who and how. If you're a self-generating PR machine who doesn't need it then it really doesn't matter. It's interesting how it works these days. You can manipulate your own stuff if you're clever enough and know how to use the internet. I only know one old school way so I want to see those people, and I think it makes sense for music like this to be in that chain of events. In an old school way.

Does it feel like a lot of people are playing catch up with your music and almost making up for lost time?

Over here, definitely. It's nice to have a vibe in the UK again because we already had one in Europe. I guess Prince Of Tears was just the record that connected.

A lot of the songs on Prince Of Tears seem quite personal - 'Miami', 'Porcelain', and the title track for example. Is it mostly autobiographical?

It was pretty personal. I don't know how not to do something personal - I wouldn't know how to do anything without it drenched in being personal. It's just what I'm like. The hardest thing is a year and a half after playing it you have to then just stop because you're stuck in that moment. So that's quite weird because I didn't realise that would happen. That doesn't necessarily exercise it. It was quite medically accurate, it's quite honest.

Does it feel strange playing to people that aren't familiar with your back catalogue, particularly off the back of this record?

That's up to them. They'll either get into the older stuff or they won't. Every album is obscurely different to the others so people will either get what I'm about or they won't. If they don't then at least they have Prince Of Tears as their starting point.

Reviews were unanimously positive about Prince Of Tears. Do you pay much attention to what people write about you?

I really cared on this album. I thought it was a good record so hoped that would get recognised. Which it did, so I enjoyed that. We cleaned up on that, particularly with all the old school press I recognise from my era. So I was really happy about that. I got a whole week or two's worth of press which was great. Some artists say they don't care but I really do. Every review was positive which I thought should happen and it did, so I'm really pleased with how that record was received.

Music journalism has changed significantly from when you released your first record back in 2001 to where you are now, with more emphasis being placed online. With the advent of social media, we've reached a point where anyone and everyone has become a music critic. What do you think about that?

I filter it out rather than overindulge myself in everything. The ones that are significant always become prominent. Writing something on the internet is like scribbling a few words on a scrap of paper. It doesn't make it more relevant. You can't sell the grand total of nothing. I guess social media has become a more recognisable format, so you have to process a bit. The strong ones will survive and the rest will disappear. No one's going to read something that's just rubbish.

You've recently collaborated on an album with Etienne De Crecy and Delilah Holiday of Skinny Girl Diet that's coming out at the end of October. How did that come about?

We did a little collaborative in the off time after I finished Prince Of Tears. We made it in about two to three weeks; we just spent a bit of time in Paris pissing around and the album came about really quickly. I did a track for Etienne a couple of years ago and we just bonded. He's got a nice studio in Paris so I took some stuff over and everything came from there. Those songs are quite personal as well. It was really easy to make. I didn't think about it that much until I listened back to the recordings and it was actually my PR, Matt Fogg, that persuaded me to release it.

Whereabouts are you based at the minute?

West London. I've always been based there apart from when I'm on the road or off recording somewhere.

People often compare your work to that of your late father, Ian Dury. How do you feel about that?

I've gotten used to it. I try to steer it away whenever possible. You can't be affected by forever ignoring it. I guess a lot of the time it depends on the nature of the question. I'm trained in answering it - I have my own view on it, but at the same time if someone gets obsessed by it then I'm bored. It's an interesting part of my background so I can't ignore it. It's a good thing.

Every album so far has been different to its predecessor which you've already alluded to. Do you purposely change your sound with every batch of songs you record? Is it a conscious thing or just something that happens organically?

I just get bored easily. I want to do something different so I try to open things up when I write and record. But mainly it's boredom that spurs me on. Being in a band can be the most claustrophobic thing ever, so it's important to shift things around every so often. You need to remain free from any expectations.

After the success of Prince Of Tears, are there any expectations from the label? Will the next album be on Heavenly?

It will, yes. I hope so. Expectations can be good. Pressure's good too if it's applied in the right way. I'm going into the studio in October to start it.

Is the new album already written? Have any of the songs made it into the live set?

Some of them are written. I haven't introduced any of them into the live set yet - they're not worked out that far. I've got this plot in my head about what to do. I've gone into this cheesy, eighties, almost Sly & Robbie style hip-hop world. It's really muso but I really like it. It's a really good scene that's not been tapped into. It's probably wrong for me to tap into it, but I think it sounds good.


Do you have a projected release date for the next album?

Not yet. My only focus is getting it finished, then we'll see what happens afterwards. I don't want to spend my entire life on the road. I'd like to make another record that goes into a pop sphere. Not necessarily in that world but enough to establish you so you're safe. Then I can start doing other things. I've a lot of ideas about what I want to do. It's quite funny. The thing is to exploit the nature of the way the music industry is these days. With Heavenly they just did it like that. It wasn't some great bureaucratic ceremony. It's quite an interesting world they operate in and I've still got a lot of music in me to give.

What advice would you give someone that wants to make music or start a band?

Find what you like about it then just drive into that bit. Don't listen to anyone and just carry on until you arrive at that point where you know whether it's worth carrying on. If you're young it's hard not to wear the right buttons and if you're a young, angular looking person you're bound to be seduced by all that. So make sure you have something to say - a script in the first place. All good films are scripted, they're not an accident. Nothing's an accident. Things that are good have been planned out and thought about.

A lot of my favourite bands are very impromptu and use a lot of improvisation too.

That's true to a point but they're still using a range of skills they've developed to be able to play like that. There's nothing wrong with a quick take or making a split second decision, but it's still experience that allows you to do that in the first place.

If you had to describe yourself or your sound in three words, what would they be?

Has the current political climate influenced the way you write?

I'm more left-wing Disney politics. It has no interest to me at all. It doesn't even register. I'm in my own, stupid, probably middle-class bubble which I'm sure is offensive to some people but I couldn't give a fuck about it. I don't remember any politicians' names whether I like them or not. Disney left wing is what I am. It's mostly made up.

Are there any new artists you'd recommend for Drowned In Sound and its readers to check out?

All of the bands on Heavenly are great. They're a very smart label and Jeff's (Barrett) such a lovely guy and if he's bored or doesn't like it he tells you straight away. Heavenly is one of those labels you just pass through. You don't need to be there forever and everyone's so into their music. There's never any complications with them either.

Prince Of Tears is out now while B.E.D., the collaboration between Baxter Dury, Etienne De Crecy, and Delilah Holiday, release their self-titled debut through Heavenly Recordings on 27th October. For more information on Baxter Dury, including forthcoming tour dates, please visit his official website.