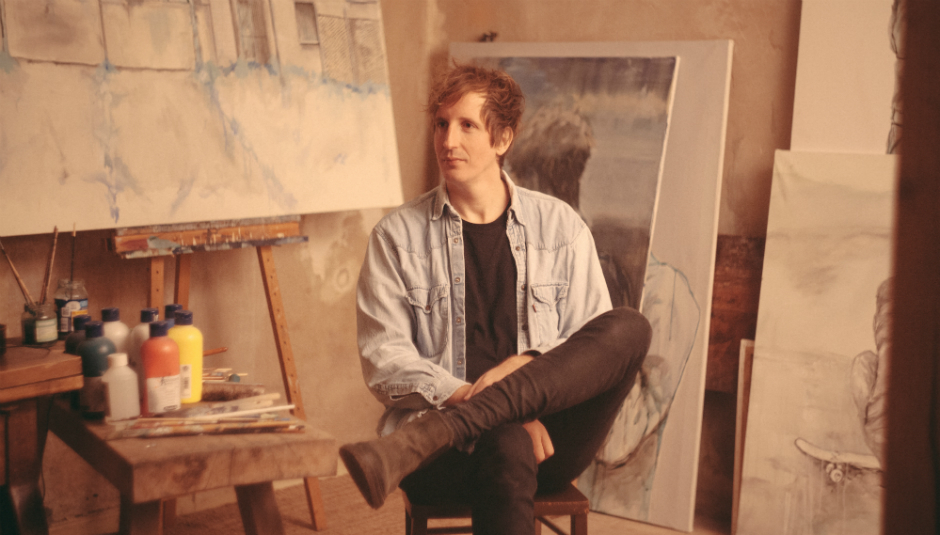 Christian Löffler is familiar with London and its crowds. He played one of his very first live concerts at the city’s famed Corsica Studios back in 2012, as well as several other sets in the British capital’s most esteemed clubs since. “Playing in London definitely feels like a home game to me. From the very beginning Londoners have welcomed me with heartfelt warmth,” he says. But this Wednesday’s concert at the Southbank Centre’s Queen Elizabeth Hall will be the first of its kind for the German musician, “After so many club shows, it’s the first time I’ll be playing in an actual concert hall in London.”

Löffler’s music has often been characterized by this duality, which can at once excite techno-enthusiasts and club-goers while also dazzling seated concert hall audiences with its live instrumental melodies. I catch up with the musician before his show on Wednesday to find out what he plans to bring to the stage this time around. As it turns out, the concert will be teeming with novelty; Löffler not only plans on playing new tracks from his upcoming album, Graal (Prologue), but also, in terms of set-up, this will be his most instrumental gig in the city to date. The musician will be accompanied by an ensemble composed of a strings quartet, a piano, and the German singer and long-time collaborator, Mohna.

Those who have experienced one of Löffler’s live ensemble gigs will be familiar with the hypnotizing dynamics between the different artists and instruments he brings to stage. A chemistry that heightens the already prevalent intimate and human aspects of his music. “From the beginning, my aim was to produce electronic music that doesn’t sound electronic. So playing with live instruments and especially the human voice brings me much closer to my goal,” says Löffler. His ensemble’s performances have also become distinguished by the harmony achieved between its different elements; the electronic carefully balanced with the instrumentals, the deep house beats intertwined with the wistful singing, “It’s very inspirational” he tells me, “it’s about letting go and having a conversation with the musicians on stage. It’s also about the individual interpretation of the material that every single player or singer brings into the performance.”

But it’s not just about the conversation amongst those on stage; the dialogue that happens between the audience and Löffler is, as he explains, also fundamental to his performances and can set the tone of the entire concert. “I always try to follow the vibe of the crowd and read the audience. That’s something I learned from playing at clubs.” Even when his audience is confined to a chair, Löffler has the ability to take them on introspective and emotional journeys, moving listeners gently through melancholy to euphoria and back. It is that conversation, between artist and audience, that has also shaped the artists newest body of work.

Löffler’s upcoming album Graal (Prologue), to be released on 5 April, is based on a collection of musical “sketches” he made while touring. “I used to play these sketches live and they evolved from show to show as I added layers of melodies or other elements while performing,” he says, “These are songs that are inspired by playing live and improvising on stage.” When Löffler decided to work on these sketches, he wanted to keep their raw essence, and to do so he employed a back-to-basics approach that also saw him return to the software he used at the start of his career – Logic. “It helped me to focus on the key elements of my music by not going into too many details that aren’t actually necessary for the musical idea.” Changing his modus operandi also allowed him to hit refresh on his previous habits and musical inclinations. “It helped me get out of my routine and opened up the possibility for happy accidents like those that happened when I started making music,” he explains.

Löffler is an artist who, both on stage and in the studio, praises these “happy accidents” and the space to improvise, unafraid of being spontaneous and creative in the broad sense of the word. “I constantly buy new synths or effects to learn how to create new sounds and music. It’s a constant process because my biggest fear is to get stuck somewhere and not be able to create something different than my previous music.” Playing with his ensemble is yet another means to keep his work constantly fresh. “From the first time I played with a string quartet, I knew that it had taken my music to a new level. Every ensemble show has been unique so far. We always play differently. Sometimes a song is mostly played by electronic instruments, sometimes we play it as an acoustic piece.” His Southbank Centre gig is expected to be no different. Although the tracklist is still malleable, Löffler plans on surprising his audience with a mix of older material, unreleased songs, tracks from the upcoming album as well as lots of improvised live music. A blend of atmospheres and sounds that will surely benefit from the world-class acoustics of the London auditorium. “I’m very much looking forward to playing at the Queen Elizabeth Hall. Looking back on my musical career so far, some of the most memorable gigs happened in London.”

In Löffler’s signature slow-burn style, we can expect songs to be carefully constructed and unfolded before our eyes and ears. The artists on stage taking the audience on a journey that exposes with every track, both the versatility and magic of the composer behind them. “With the tracklist, I try to create an uplifting experience. Building up from a more ambient opening to vocal songs, followed by more rave-y material to acoustic moments leading to a clubby finish.”

Graal (Prologue) is out on 5 April via Ki Records. For more information on Christian Löffler, including forthcoming tour dates, please visit his official website.