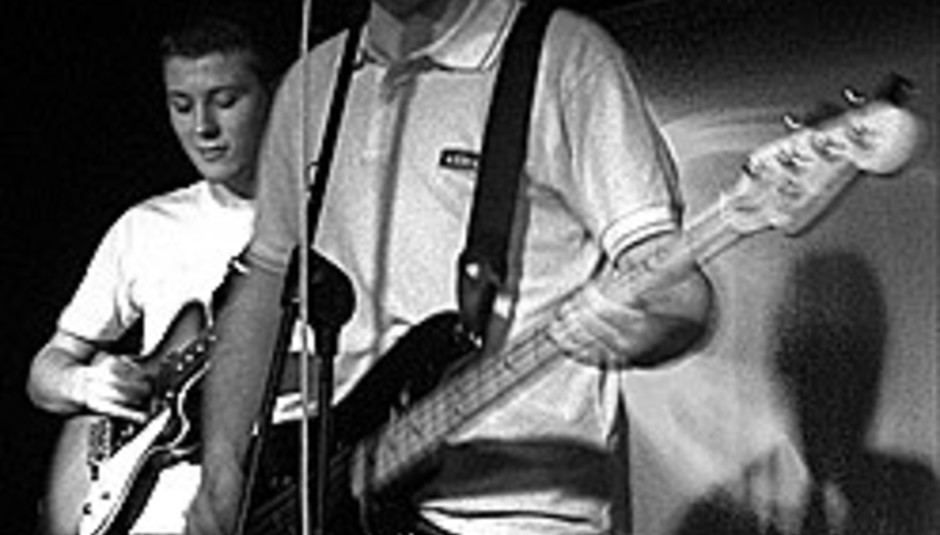 Sitting in a Sheffield pub on the day his band headlines The Leadmill for the first time, Milburn's 18-year-old singer and bass player Joe Carnall looks relaxed as he reflects on their transition from playing the part-time pub circuit to signing with a major label.

Many in his position wouldn't be so laid back: not only is the gig sold out, like most of the other dates on their current tour with The Rifles, but the band's first single for Mercury Records is due out later this month.

“It's good to see how far we've come,” says Joe, “90% of our gigs on this tour have been great, and Sheffield tonight will be different class, hopefully."

It's certainly a far cry from five years ago, when Joe's older brother Louis decided to form a band with two school friends. They had drums and two guitars but no singer. Joe was coerced to sing and began to learn bass, and Milburn started playing covers before eventually graduating to the Sheffield pub circuit.

"You're always striving for the next stage, that bigger venue," he says. "We're much more confident now than we were even a year ago. It's a different league now."

It certainly is. At the beginning of February this year the band inked a worldwide deal with Mercury Records, one of the biggest players in the industry.

"Mercury followed us for four or five months. They didn't sign us on hype or because they needed to sign a Sheffield band,” says Joe. “It's great for us because we just carry on as we are. They made it perfectly clear: just carry on doing what you're doing and we'll help make it bigger."

The singer isn't concerned at suggestions that signing to a major label might threaten their longer-term success, or result in them having to change their approach to making music.

"I don't think they'd get very far if they tried to have any influence on our music. You hear a lot of crap about major labels being big monsters but it's not accurate. We've found none of that. It's a fashion to be on an independent label but for me it's individual thing for every band.

"Domino's perceived to be an independent but when do you reach the point when an independent turns into a major? They've had huge sales from Franz Ferdinand and Arctic Monkeys. The term's meaningless, really."

Joe says that it's bands like The 'Monkeys, The Harrisons and Bromheads Jacket who make Sheffield “the best city in Britain at the minute” for new music – and he can't ever imagine leaving.

"The music scene's brilliant. And Sheffield's a better city than London. There's a decent atmosphere and everything's not a hundred miles an hour. I don't think I'd ever want to move there.

"Sheffield's where the songs come from. We write about what we know and if we wrote about other things we'd just be lying."

Like many of this current crop of Sheffield bands, Milburn borrow elements from the grit rock of The Jam and the suburban ska of The Specials but, unlike some of their peers, possess a charm all of their own – and a few less obvious reference points.

"I like Stevie Wonder but you probably couldn't pick that out from our music. The same with The Coral, they're a big influence but I wouldn't say we sound like them. At the moment I'm listening to G.Love and Special Sauce, proper roots hip-hop, and I've just bought albums by Johnny Cash and Bob Dylan.

“People say copying a song is plagiarism but taking bits from every song you've ever heard, that's creative. You can't get away from your influences.”

Look out, then, for a melting pot of ska-funk, preacher-folk and good old fashioned rock'n'roll when Milburn's debut album is released later this year.

They are: Joe Carnall (bass and vocals), Louis Carnall (rhythm guitar), Tom Rowley (lead guitar) and Joe Green (drums). Their first release for Mercury, 'Send In The Boys' comes out on March 27th.