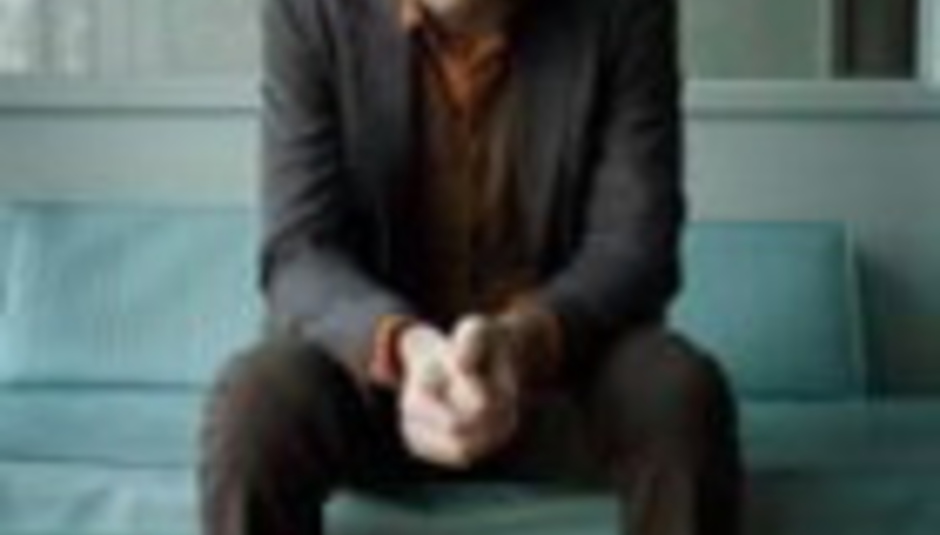 Jason Collett stands out in this east London bar: tall, slim, fashionably slightly unkempt, to the past-caring passer-by he could be any Old Street regular, darting from bar to bar drinking from glasses full of overpriced liquor. The giveaway is what he holds by his side, always: a guitar case, one made from a material used to fashion car bumpers. We leave the bar after a pint to talk somewhere quieter ï¿½ his label headquarters as it happens ï¿½ but the guitar comes with him.

The whatï¿½s now obvious: Collett is a singer-songwriter, a troubadour always ready to regale those before him with songs of whiskey-stained memories and on-the-road recollections. The why, as in why you should care considering the saturation of such musicians in todayï¿½s folkï¿½s-cool-again climate, is Idols Of Exile, Collettï¿½s special third long-play release. (Or second, depending on if you consider his 2003 Arts & Crafts debut, Motor Motel Love Songs, to be purely a compilation effort. In 2001 he released Bitter Beauty.)

Released through Arts & Crafts ï¿½ City Slang this side of the pond ï¿½ Idols Of Exile is a wonderfully warm release, full of affectionate confessionals and reappraisals of actions past. And what a past Collett has had: responsible for the Radio Monday nights in Toronto, he oversaw through means direct or otherwise the ascent of the likes of The Weakerthans and, latterly, Broken Social Scene, who invited Collett to play with them following their breakthrough You Forget It In People. The lyrics to Idols Of Exile read like a diary of sorts for a good reason: they were mostly penned, into notebooks and whatever was to hand, while travelling alongside Broken Social Scene, as well as while honouring Collettï¿½s personal performance commitments. Listen to ï¿½Hangover Daysï¿½, a duet with Emily Haines of Metric, for Collettï¿½s thoughts on killing time in an iced-over London; elsewhere, there are songs recalling high-school dances and a dozen bleary-eyed mornings after. Along the way various friendly talents contribute: Broken Social Scene members, the aforementioned Haines and bandmate James Shaw, pedal steel player Bob Egan, Leslie Feist, and Evan Cranley and Amy Millan of Stars.

Such open-book honesty in his lyrical output has seen Collett thus far attract favourable comparisons to the likes of Tom Petty, but as he performs before a largely invited crowd, usually one susceptible to indifference, only one talent makes itself apparent: his own. An hour or so earlier, lounging on an aging three-piece suite in the aforementioned office, DiS caught a few minutes with the fragile-on-tape, rock-solid-and-businesslike-in-person Collett to talk about his new release. Well, that was the idea; tangents, though, are never there to be adhered to.

Right, letï¿½s talk about the record. Is it your second, or your third, to you?
Yeah, itï¿½s the second official one.

Okay. Iï¿½ve only heard this one ï¿½ how does it relate to the ones before it?
Well, the last oneï¿½s a bit of a funny story. Before the whole Broken Social Scene thing started happening, and the renaissance in the Toronto scene, the end of the 1990s was a time of labels amalgamating and A&R guys being into you, and you getting ready to sign something. So, I was in the limbo of making demos for people that were interested, and ended up getting tired of all the bullshit. A lot of people I knew turned our backs on it all and turned inward, into a community of friends who were likeminded. We started making music in each otherï¿½s houses and kitchens and bedrooms, just for the joy of it, and then started doing small things in the community, things that werenï¿½t about calculating some kind of a career for yourself, yï¿½know? So, the first record is really a compilation of demos, essentially, that go from 1996 to 2003 ï¿½ itï¿½s a little scattered, but itï¿½s cohesive enough, I think, and Iï¿½m proud of it as it stands up in my mind. It doesnï¿½t have the trappings of the studio trickery of that era ï¿½ I never wanted to make those kinds of record. Iï¿½ve always been attracted to making records that reveal themselves over time, and that are still vital in twenty years. Thatï¿½s the idea, I guess. And does this new one (pictured right) have the hallmarks of a record thatï¿½ll stand up to the passing of time?
I hope so, yï¿½knowï¿½ I wonï¿½t know for twenty years! I think something got captured there, something thatï¿½s beyond me. Itï¿½s a solo record that canï¿½t really be called a solo record: itï¿½s a collaborative effort with a lot of personalities involved. There are twenty-something musicians, from my family of friends. Theyï¿½re all people Iï¿½ve been working with in various capacities over the last four years.

Is this something you wanted to do, involve the people thatï¿½d previously had you involved with their projects?
Yeah. Thereï¿½s also a language thatï¿½s common when you work closely with those people ï¿½ you know the instincts are going to be in the right place. Itï¿½s not rocket science and there was no need to have a blueprint, yï¿½know. I didnï¿½t think so much about certain people playing certain instruments; it was really about the various personalities.

So did the songs come together organically, rather than you giving the others some sheets of music?
Yeah, it all came together in the studio in various spontaneous ways. I think we all record that way a lot, particularly in Social Scene, even down to how the lyrics happen. There are spontaneous vocal performances, streams of consciousness. So, itï¿½s funny to see people like Feist, whoï¿½s been away for a while, coming to do a show and trying to understand what the lyrics were. Sheï¿½s cramming before a show, to try to recreate what just happened in a studio.

Trying not to deviate from the subject at hand, but Broken Social Scene working in such a way must cause problems when they play live, as they operate quite a revolving door so far as vocalists goï¿½
Yeah, it does, and thatï¿½s always being figured out. But in some ways the band at the moment ï¿½ when Iï¿½m not playing in it! ï¿½ is technically probably the best itï¿½s been at recreating what was done in the studio, which is always a hard task to do, particularly with the way Social Scene records get produced. The shit gets turned inside out multiple times, with so many layers added. So yeah, itï¿½s a pretty hot band right now. I just had better dance moves than anyone else, so thatï¿½s what theyï¿½re lacking now.

Broken Social Scene doing well for themselves, though, and other Arts & Crafts acts following suit: is this something you always felt was coming, working as you have in something of an extended family?
Noï¿½ itï¿½s all been a pretty naï¿½ve process, and I think that the secret to this success is the lack of calculation. I think you need to understand that thereï¿½s a historical context to this in Canada. Canada does not celebrate its own artists, and thereï¿½s a bad history of that. If you go back to Neil Young and Joni Mitchell, they had to leave; you get to the end of the 1990s, and Feist and Peaches and Gonzales taking off to Berlin. Los Angeles has the third-largest population of Canadians.

But canï¿½t you get governmental grants in Canada to help your music career? I know Death From Above 1979 benefited from thatï¿½
You can, but itï¿½s a bit of a closed circle. You have to get something happening first to get access to the money. So, youï¿½ve got to jump through some hoops. Iï¿½ve been applying for those grants for well over a decade, and only now am I getting them. Where it really kicks in is when you become an export, but those that donï¿½t leave have begun to turn inwards, and you turn to a community of musicians to validate your work, because youï¿½re ignored by the industry there, largely. I canï¿½t help but think that, as fucked as it is, thereï¿½s actually a healthy element to it, in that it allows the bands to nurture a sound thatï¿½s unique. I donï¿½t know how you can do that in England, because things happen so fucking fast here. Well, youï¿½re under the critical microscope so fast, while we have the advantage of extra time through being ignored in Canada, and overlooked. And Canada has been overlooked for a few years, because of what weï¿½ve exported, like Bryan Adams and Celine Dion. I donï¿½t knowï¿½ thereï¿½s something about the absence of calculation that just makes good art, period. Thereï¿½s not a cohesive sound by any stretch of the imagination, but thereï¿½s a cohesive spirit that a lot of us seem to start from.

Do you think itï¿½s strange that you have something of an unique sound though, considering how the advent of the internet has consigned so many geographically-bound scenes to the past. There are so few restrictions, that it seems odd that a scene can still develop in one particular location. There is no Seattle sound anymore, or Madchesterï¿½
Well maybe weï¿½ve had just enough time, Iï¿½m only speculating. None of us ever had any kind of blueprint to make something work; we were just doing things in a very natural way, working with people that we loved to work with and not limiting those numbers. Only upon doing repeated interviews over the past few years are we forcefully articulating it, so only now are we conscious of how it worked. I think thereï¿½s a certain danger to that, as I think what made it work in the first place was a certain naivety.

Do you worry that people will find a formula to it, and subsequently exploit it?
I donï¿½t worry about it at all. (His mobile phone starts ringing.) No, umï¿½ there are possibilitiesï¿½ let me just get this.

Idols Of Exile is released through Arts & Crafts/City Slang on March 27. More information is available from the Arts & Crafts website.