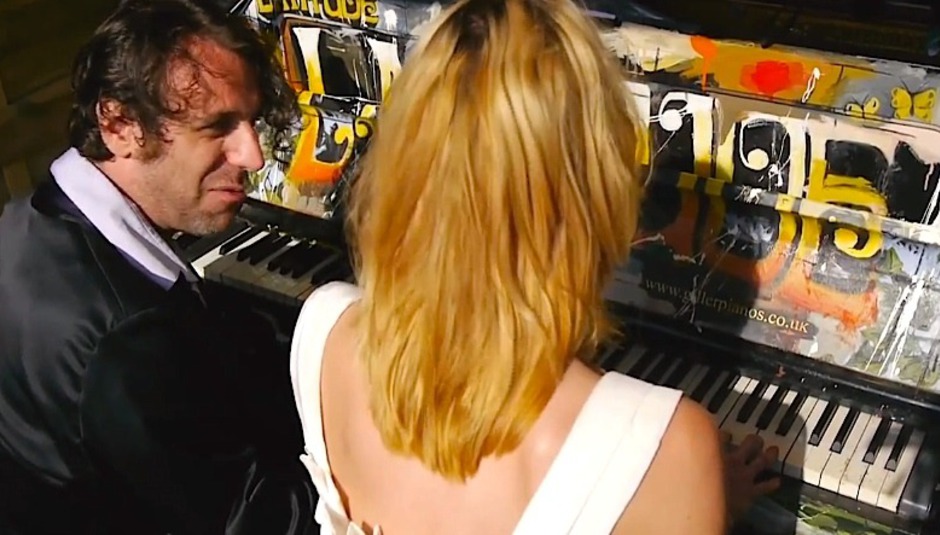 That exquisite entertainer and maniacal musical genius Chilly Gonzales has a second of his piano albums out next week and you can stream it here, but first...

What's the point of being a genius, if you can't 'inspire a generation'? It's not like genius shared, is genius halved, so DiS' singles columnist Wendy Roby grabbed the sweaty master of the ivories after his set at Latitude, plonked him at a piano beside the lake, switched a camera on and asked him to teach us (and you)...

Solo Piano II is released on Monday and this stream premiered a few days ago on The Hype Machine:

We could tell you more about it but the press release seems like Chilly Gonzales was elbow deep in its cheek, so we'll share it with you...

There, alone for 10 days, he recorded a handful of songs that had made the short list from a hundred or so melodies written over the eight yearsthat had passed since the release of the now iconic Solo Piano.

Hour upon hour, the purest and most microscopic process of recording took place. Chilly Gonzales played all the songs over and over and over again, until each one’s essence had been captured. After years of entertaining with his larger than life musical persona and challenging all artists to work tirelessly to achieve excellence out of respect for their fans, Chilly Gonzales brings us perhaps his most powerful argument of all, the 14 pieces of Solo Piano II.

The self-proclaimed musical genius has traveled quite a road to Solo Piano II. Producing Grammy-nominated albums and breaking a Guinness world record jump-started a period during which Chilly Gonzales returned to the stage after several years behind a studio console working for others. With his own albums and supporting tours, Chilly drew attention to his versatility as a performer and to his virtuosity as a pianist. Rare is the artist that can make people dance to the trendiest electronic beats and then turn a symphonic orchestra into a back-up band for a rap concert.

At the same time, Chilly became the “go to guy” for piano compositions with Drake, Feist, Daft Punk and even the late Steve Jobs, all calling upon him.

But that was then, and Solo Piano II is now.

Indeed, it is the mark of a true entertainer to recognize that time when the greatest respect one can show his fans, is, as Chilly himself noted on his 2011 release The Unspeakable Chilly Gonzales, to simply “shut up and play the piano.”

CREDITS:
Written and Performed by Chilly Gonzales at the piano.
Mixed by Renaud Letang.

How Do You Define Music's Independent Spirit?