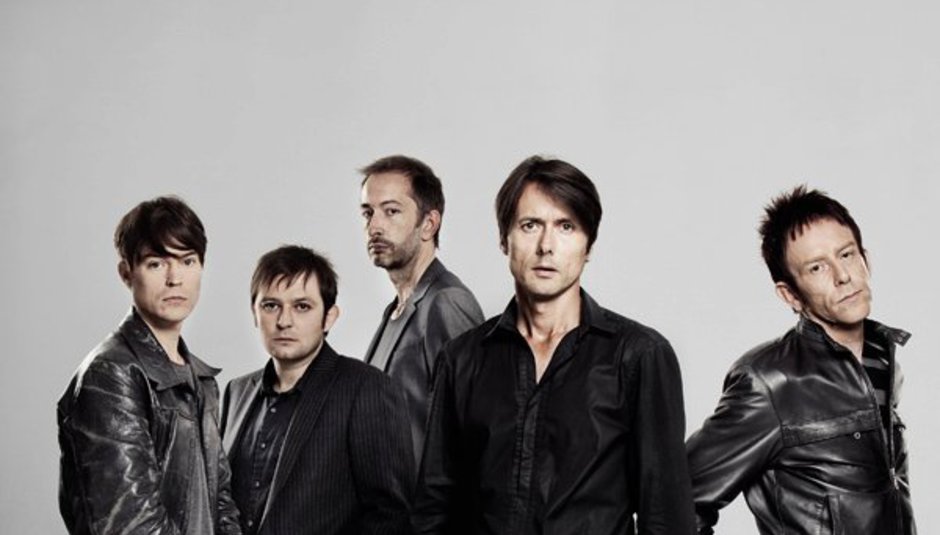 Lauren Laverne just premiered a new Suede song entitled 'Barriers' on BBC 6Music. With it's uh-oh-oooh-ing, rolling drums and cloud-grazing guitars, 'Barriers' is the Springsteen-on-holiday-in-Cornwall first taste of the the band's forthcoming sixth album Bloodsports (yes, a new album, none of that Best of... with a one new bonus track nonsense...) and you can hear it for yourself and come up with your own descriptions right here: suedebarriers.viinyl.com

In a chat with the NME, Brett Anderson said of the song:

"After a year of sweating and bleeding over the record it's finally finished so we wanted to get some music out there as soon as we could. 'Barriers' isn't the first single but we are proud enough of it to just chuck it out there and thought that its pulsing, romantic swell somehow summed up the feel of the album quite nicely..."

Speaking to The Quietus last year, Brett Anderson discussed the sound of the album:

"Without wishing to be facetious, it sounds like Suede. We're not trying to reinvent the sound of the band, that'd be a disastrous thing to do. I think that's possibly where we went wrong on the last two albums, we didn't know where to go with the sound so we were looking for another direction, with mixed results. With this it's about great songs, it's about great guitar hooks, it's about a very powerful band sound. So it sounds like Suede. I think you'll like it. Don't worry, it doesn't sound anything like the last album [laughs].

"It sounds like a cross between bits of Dog Man Star and bits of Coming Up. It's not as light as Coming Up, not la la la hooky, though there's pop moments. Ed Buller is a real fan of pop music that really connects, the [Marc] Bolan sound, so it's edging in the big pop chorus direction. It feels like it's going to be good."

Suede will headline Alexander Palace in London on 30th March 2013. More details over at facebook.com/suede