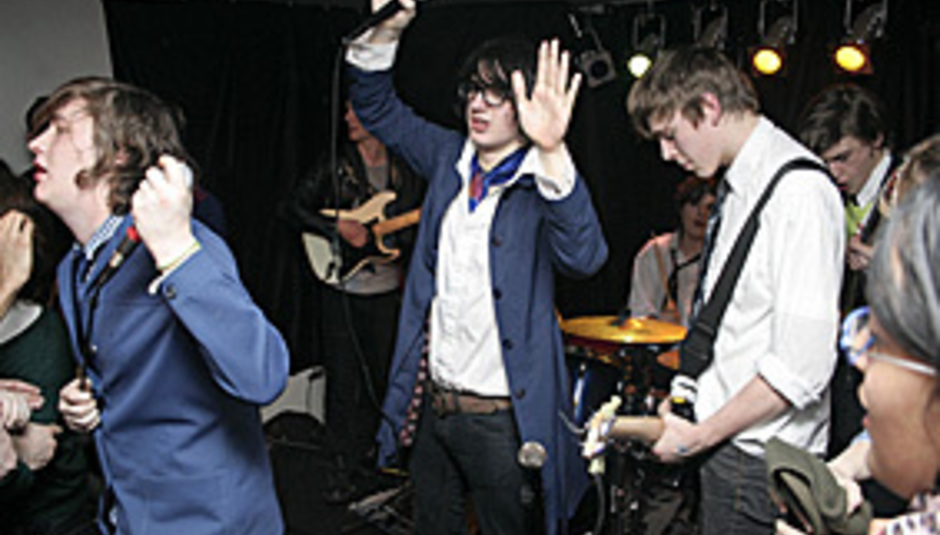 Still the most entertaining band in London... and now your town too! As previously reported, tour now underway...

Finally, after gestating in the toilets of London's fashionable venues and occasionally somewhat less, 12-legged frenetic scuzz-pop troupe Les Incompetents are heading out for a UK tour this June.

They have been invited to join the MySpace stage on Fri June 23rd at the Wireless festival joining the days bill of Massive Attack, Goldfrapp, Pharell and also DiS' very own Metric who play the main stage.

In support of London's retro-style Vincent Vincent and the Villains, the band hit a shedload of Barfly venues, before they head back to London to start work on their debut album. More details about that and their 3rd single coming really soon...

(*) - with Vincent Vincent and the Villains
(^) - with Roland Shanks