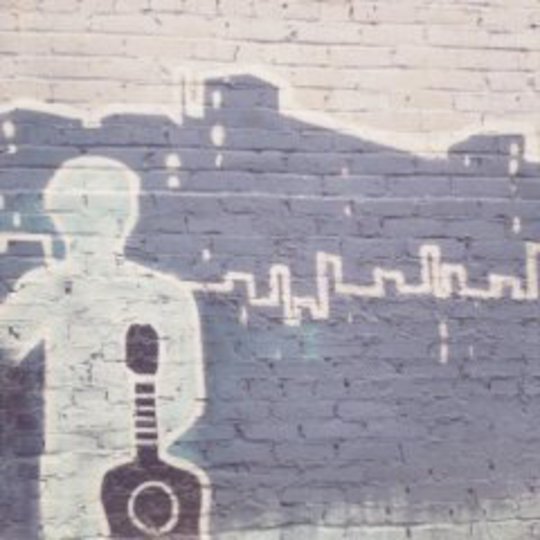 ‘Mon, hands up. Who thought perennial doomsayer Malcolm Middleton had finally turned that gurn into something resembling a smile with last year’s A Brighter Beat? Anyone? Nah, didnae think so, but ol’ misery-chops’ third solo outing initially felt like a more optimistic tiding when contrasted against the haven of despondency that was Into The Woods. As it turned out, such upbeat jingling was mere façade; a cloak of faux-ebullience under which Malcy could expose his rigid truncheon of self-loathing to unexpecting eardrums.

Yet the biggest surprise lay in just how many of us hacks fell for those pseudo-cheery charms. Somehow it was forgotten that this was a man who’d previously earned his bread as one half of Arab Strap, a man who once mourned: “Woke up again today, realised I hate myself – my face is a disease”. I mean, Jesus, did we really think someone who’d voluntarily shared a tour van with the king of crusted bedsheets Aidan Moffat for ten years would suddenly transform into a grinning troubadour with a penchant for heart-lifting melodies? Of course he wouldn’t – fuck’s sake, who would?

So it would be folly, and wholly untrue, to suggest new LP Sleight Of Heart is a continuation of its predecessor’s chirpy tunesmithery; however, a definite sense of hopefulness has trickled its way into this collection of odds and sods conceived during the recording of A Brighter Beat. Originally intended as an acoustic album, Malc’s staple dry wit and laconic drawl are smothered over the entirety of this nine-track offering but whereas once they seemed resigned to a life of crippling agoraphobia, there’s now a more confident edge to those Falkirkian tones.

Admittedly, much of this brazenness stems from opener ‘Week Off’’, as it harries along to a bluster of nimble guitar and quick-footed piano chimes. It’s undoubtedly Middleton – his fascination with Celtic rhythms saturated throughout – yet as he crows “it's time’s like these I know that I am, the happiest person, the luckiest man” the sound of rehabilitation begins to unfold from the speakers, as if a lifetime of shattered dreams is slowly being glued together piece by piece, strum by strum, verse by verse.

This infectious introduction eventually subsides into the anti-anthemic late-night waltz of ‘Blue Plastic Bags’ – a track dedicated to the unity found in this post-smoking ban era of home-boozing with “six bottles of Stella, Jacob’s Creek and twenty fags”. More muted than anything on the voluptuously produced _A Brighter Beat, it finds Malcolm at his most vocally exposed; cuddled up fireside in the cradle of an acoustic guitar whilst croakily encouraging fellow-minded souls to “sing along with the sad song” like a forever-spurned outcast quickly growing conviction in the decency of mankind.

Accompanied for much by Jenny Reeve’s glacial mew, the likes of ‘Total Belief’ and ‘Follow Robin Down’ are accosted by a sense of tentative reflection. Meagrely lit and bare to the bone, each is a meandering wallow of melodic, atmospheric chords that finds Middleton rationalising his surroundings in an attempt to stumble into some sort of motivated state. Yet as appeasing to the ears as both may be, neither pushes past the bulbous boundaries of previous offerings, leaving the distinct impression that Sleight of Heart is little more than a glorified collection of outtakes.

It’s perhaps unsurprising then to find a trio of covers padding out the cracks of these pleasant, yet subdued, recordings. And it’s in such striking adaptations that Malcolm compounds his credentials as one of the country’s most alluring, if unassuming, voices - because, really, only he could contort Madonna’s ‘Stay’ into an embittered Scottish lament cajoled by self-deprecation or seamlessly transform Jackson C. Frank’s ‘Just Like Anything’_ as a slinking shackle of introspection.

But his take on King Creosote’s ‘Marguerita Red’ is what firmly captures the uniqueness of those short-shrifting mumbles. Granted, there's no sign of competitiveness buried within the follicle quivering juxtaposition of Kenny Anderson’s sprightly folk-poppism and Middleton’s antiseptic gloom-harbouring, but if presented with a choice of either tartan-clad tune-merchant for an evening of aural delights, there’d surely be no hesitation: the ginger-heided one would be whisked away before he could utter the words: “That’s nae the G-string I was planning on plucking tonight.”

Of the self-penned efforts, ‘Love Comes In Waves’’ bath-tub bellowing is the album’s glistening centrepiece; a midden of slushy, melody-strewn romanticism that find’s Malcolm denouncing love as a lie and declaring himself as chief liar. And a liar he may well be, but there are no clouded untruths to Sleight of Heart. The message may not be as loud as or majestic as before but its essence remains: Malcolm Middleton is only truly happy when he’s got something to moan about.