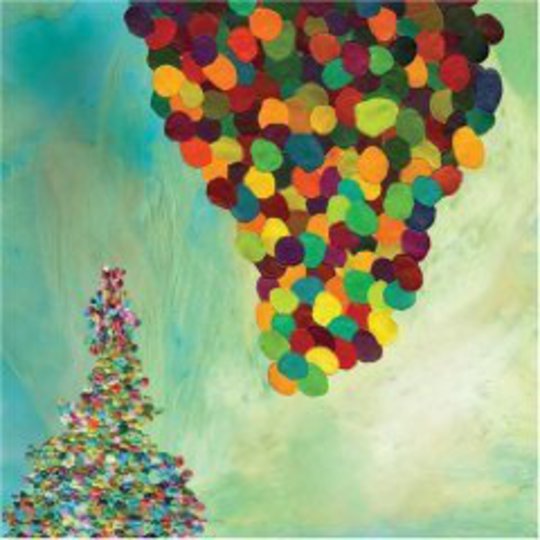 Well this is a damn shame. Sometime when you’re reviewing an album, adding the record label’s name to the article feels more like politeness than anything else. Really, who has ever run out and purchased something purely because it was on Polydor? Sure, it matters to yr indie labels, but even then, these days it’s questionable whether the presence of the words '4AD' or 'Matador' really says much beyond ‘guitar-based, probably quite good’?

Bashing out this article, though, and the label is distracting to the point of wondering what the point of the rest of the piece is. Crystal Antlers’s debut album, Tentacles, is being released on Touch And Go Records, and is in all likelihood the last item of new content that the Chicago label – responsible directly or via its distribution arm for an incalculable amount of great music over the last three decades – will ever release. Blithely passing judgement on Tentacles as if it were a regular release feels like some sort of weird denial, like sitting down to family dinner in the knowledge your home is going to get repossessed tomorrow.

Maybe that’s being melodramatic. Or maaaaaaaaaaaybe I’m a wee bit bummed out over the fact Tentacles is kind of an anticlimactic ending. Of course it wasn’t ever conceived to be a Grand Parting Gesture – this is the last record to be released because that’s how the schedule looked when Corey Rusk declared operations were winding down. Still, after the nuclear-grade levels of awesome brought to bear by the Californian band on last year’s self-titled EP – a stomping, slightly irrational Godzilla of prog-metal oddity, noise rock rage, and psych-tinged dicking about – there was the faint hope that a Crystal Antlers album proper might, oh I don’t know, be so transcendentally wonderful that it became a standard around which a credit crunch disenfranchised generation rallied in order to form a new world order?

Yeah... actually it’s more like 13 entertaining jolts of acid-washed garage rock; for sure it’s fun, but where the heavier, weirder EP spoke of ruptured adrenaline glands, weeks without sleep, and more cracked ambition than a Clinton family get-together, Tentacles is content to infer Crystal Antlers are well-acquainted with Lenny Kaye’s Nuggets compilation and kind of leave it at that.

This is all sounding a bit mean, though. It’s not as good as the EP. It’s not going to save the record label. But it’s still pretty good. The percussionist is still called Sexual Chocolate. It’s not like Touch And Go have an unblemished track record. Deep breath. Let’s do this ‘review’ thing.

So actually the only actively bleh track on Tentacles is the opening ‘Painless Sleep’, a shrill two minute organ riff that’s just a few degrees too grating to find solace in the brooding build meted out by the rest of the band. All over in a jiffy, leading us straight to ‘Dust’, which is Much More Like It – guitars screaming into the air, frantic and colourful as a musket duel in a firework factory, drums that cartwheel breathlessly, a vintage sheen of keys, and Johnny Bell howling in tones incomprehensible but oddly warm. Then comes ‘Time Erased’ and it sounds kind of the same. Not crazy similar. But same instruments, same proportion of fast to slow, same ATTACK ATTACK ATTACK mix, same ‘pardon me, could you repeat that again?’ shouting. And on the album goes – the title track, ‘Until The Sun Dies (Part 1)’, ‘Your Spears’ – in isolation, frenetic jewels; as a whole a busy blur that suggests Crystal Antlers have decided what the ideal song is and are going to damn well keep trying to write it.

A couple of slightly more outré instrumentals and the late double whammy of ravaged semi-ballads ‘Memorized’ and ‘Glacier’ (imagine The Walkmen if they were about 15 times harder) leaven the mix, but it’s telling that the best track by far is the titanic seven-plus minutes of ‘Several Tongues’. A churchlike fog of shimmering, dislocated organ and devotional howls that builds in weight and density, it begins as nothing, detonates into throttling drums and feedback at the four minute mark, and ends by hoiking itself into a pit of freeform chaos without any regard for chorus, hooks or riffs. Uniquely with regards to Tentacles, it could have slotted onto the EP just fine.

But let’s not end gloomily. Negative Approach... Big Black... Butthole Surfers... Slint... The Jesus Lizard... Shellac... does Tentacles live up to those high standards? Nah, but it doesn’t embarrass itself, and that’s praise enough.

Now We Can See