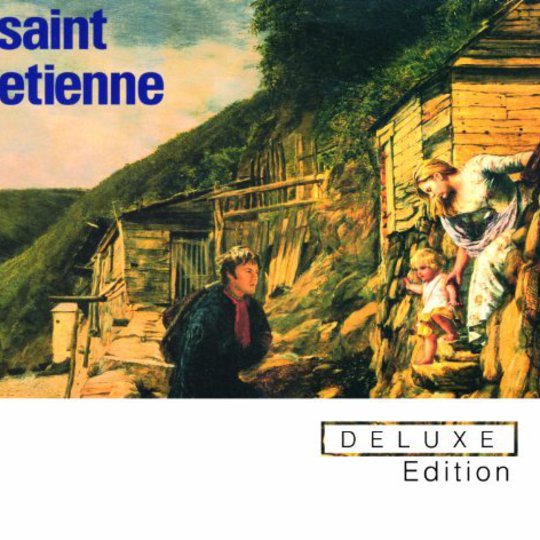 Saint Etienne have always been a strange proposition. A blazing pop band, committed in widescreen and with no bones about it, their best songs still sound classically of their time. The band managed to straddle the magic three lanes of critical acclaim, a cult fan base and unashamed pop. It’s something they did really rather well as their back catalogue testifies. The latest two albums to be reissued have a ten-year age difference and see the band in two different states – at their critical best on 1994’s Tiger Bay and then at the tail end of their career on 2002’s Finisterre.

Tiger Bay takes you right back and hauls you into its speed on opener ‘Urban Clearway’ with its almost pumping four-to-the-floor Europop beat and synth bass. There’s something quite lush about the not-quite-there organ and blissful exterior – it ramps up the drama just the right amount. The highs on Tiger Bay are innumerable but ‘Hug My Soul’ remains one of the group’s very best moments, the deliciously Nineties bass and flute should sound dated, but it still fits just as it should – and Sarah Cracknell’s sultry verses drape seductively in the doorway of that chorus. It’s still huge, the sleight-of-hand set up of "I’ll be there" pushes towards the cliff edge before the freewheeling, arms-in-the-air chorus drops. Things get ramped up even further later in the song with a lilting key-change in the final chorus, it’s purified bliss; you might as well be carried along the air by a flock of birds for all the light-headed dizziness.

Elsewhere on Tiger Bay the band provide a blueprint for groups like Air France and jj on tracks like ‘On The Shore’, with its after-hours puff where the vocals sound lackadaisically exhaled on a smoke cloud. Further highlight ‘Like a Motorway’ finds the group in metronomic pound with synth arpeggios and 909s pushing things forward. It’s tough to understate the influence of Saint Etienne on so much music from the past ten years – for every wounded electronic group along the lines of Junior Boys., you can sure as hell assume there is a battered copy of Tiger Bay on the shelf. The reissue does a fine job serving a reminder of its brilliance, and rewarding fans with a second disc of demos and rarities that find the band sounding rougher around the edges and almost better for it at points – especially the minimal embryonic take of ‘Hug My Soul’ for interests-sake. (8)

Opening with Michael Jayston’s classically English voice narrating "Have you ever been to a Harvester before" as a prelude to filtered synths enter woozily behind Cracknell’s voice, 2002’s Finisterre sets its stall early with ‘Action’ – a pure pop song removed from the more understated fare of the previous couple of albums. The production is clean and rewarding – a headphones album in its own way. And while it might seem strange to group Tiger Bay and Finisterre together given the age difference, it could be argued that the band took eight years to follow that album. Cracknell sings of "finding that feeling again" on ‘Action’ and you can hear the group inching their way back toward the heady days of their early Nineties work.

‘Soft Like Me’ makes a play for the feel-good choruses of old – marrying them with English-accented female rap, which in itself is a reminder that Saint Etienne were a group never afraid of trying something alien. Again it’s something that maybe shouldn’t work but the band carry it off with aplomb. The English accents are so typically Saint Etienne, it’s difficult to think of a group more of their place, and especially on Finisterre with its London references feeling like a journey around the city – even the vocal samples that greet every song are funny, classic English dry-wit.

On ‘B92’ the sample opens with "Rock could be so good, but we make it so rubbishy". It signals a confidence that the group had not displayed since their earlier albums – and 'B92' is an obvious highlight here – with its drifting synths and swinging beat, it slow walks through almost-bravado verses with Cracknell singing ‘this is our wall of sound’ as blasted out synths jostle with abrasive samples – it casts a backward glance at the band’s early penchant for samples but explores a new domain as well.

Finisterre is immensely satisfying – the sound of a band recapturing some magic, and sounding like they are having fun along the way – and judging from the second disc of outtakes it was a prolific time for the group, as they toy with hip-hop rhythms on ‘White Dress’ and French on ‘ballade de saint etienne’. Ultimately it falls short of its reissued counterpart Tiger Bay but both sets of discs are extremely welcome bookends to Saint Etienne’s always interesting and enjoyable backcatalog. (7)

Where Did The Night Fall