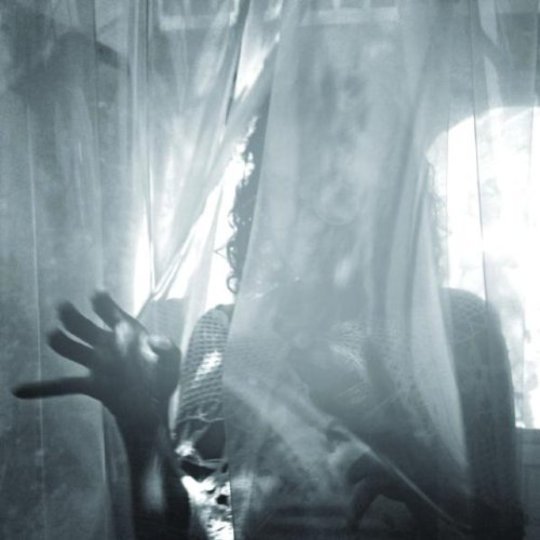 While a lot of bands (and artists, and writers) comfortably inhabit a stylistic niche that they set upon early in their career and ride out for the remainder, the stakes are a lot higher, critically and commercially, for those who choose to mix it up. Reinvention is difficult; occasionally it pays off massively (Dylan going electric), occasionally flops dramatically (Dee Dee Ramone’s rap album); sometimes it confounds only to meet adulation upon reassessment (Lou Reed’s Metal Machine Music). And sometimes it just makes you miss one of your favourite bands.

If you listened to Abe Vigoda’s debut UK full-length, Skeleton, released in 2008 amidst a massive focus on LA’s Smell scene, the underground punk bubble which birthed No Age and Mika Miko amongst others, you might have expected their follow up, Crush, to be an innovative, free-form guitar punk record. You would be right with 'innovative'. What you might not have expected was how far this innovation would go. To all intents and purposes Abe Vigoda are now a goth-chillwave act.

Crush sees the band almost completely abandoning the upbeat, reverb-heavy major-chord laden sonics and tropical-influenced punk rhyhmics of Skeleton. In their place, they’ve substituted a far more measured and subdued brand of icy, electronic-laden, dour new wave which owes an obvious stylistic debt to coldwave (a sort of strange, underground response to to the late Seventies/early Eighties new wave of Joy Division and Depeche Mode re-imagined by a disparate group of lo-fi bedroom acts during the deep, dark, recesses of the Eighties). A few of the tracks on here - ‘Dream of my Love’ and ‘Beverly Slope’ most notably - could actually fit seamlessly into Angular’s Cold Waves and Minimal Electronics compilation.

However, despite the jarring shift in style evidenced in this new turn, Abe Vigoda have really pulled this off. The record is gorgeously dour; the new synth washes added to their clearer and more structured songwriting sounding come across as isolated and obscure as the best coldwave tracks. Crush brilliantly conveys enjoyable gloom, dour romantic obsession, sick black clothes; basically all the fun things you might expect from goth-inflected new wave.

The problem here is that, while Abe Vigoda have done a great job nailing their stylistic transition, the new direction has brought them a lot closer to a sound which, for me, is far less fresh and innovative than what they were doing on Skeleton. It’s gotten to the point in London right now where one can’t sneeze without infecting a band inhabiting this similar space. While the coldwave sound unearthed by Angular and others is undoubtedly fascinating, it’s not that far off from the dark electro sound that’s been inhabiting music for most of the last Joy Division-obsessed decade. Skeleton, alongside records that came out around the same time from No Age, Fucked Up, Vivian Girls, and more recently Male Bonding, established Abe Vigoda as part of a small fraternity of acts able to do truly innovative things with guitar music. The fact that they’ve turned away from it is punk as fuck, I respect it artistically and I respect the skill with which they’ve nailed their new sound. However, I can’t help but feel that there was more to be explored in previous template they’ve abandoned than in the new one they’ve adopted. And it’s worth noting that ‘November’, my favourite track on the record, is also the one which sounds most like it could have been on Skeleton. Maybe I’m just being whiny and overly conservative; maybe they switched it up too soon. Either way, while Abe Vigoda 2.0 are a group to be respected, I have a feeling, going forward, I’m going to spend a lot more time listening to Skeleton than I am to Crush.