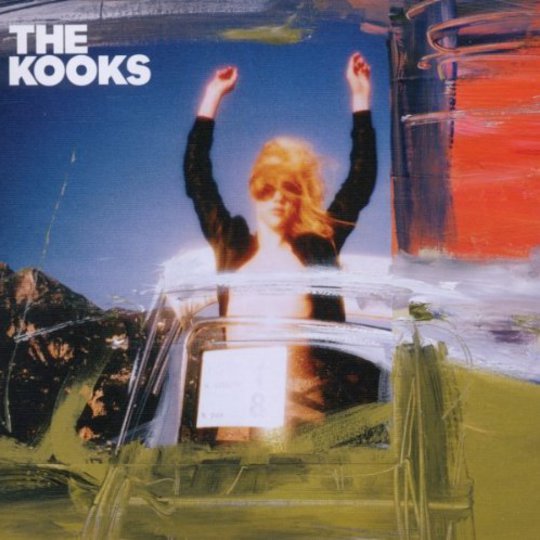 There’s no denying The Kooks’ debut contained some worthwhile tunes. It may take an unintended night at an indie disco and a few pints of crème de menthe to unlock this guilty admission, but it’s one of those slightly grubby facts of life.

Drowned In Sound themselves have struggled with this; Kev Kharas’ review of Inside In/Inside Out awarded Brighton’s rising stars a heady 8/10, in the process labelling them a ‘less irreverent and more melodic Art Brut, swapping that band’s caustic wit for a far nicer type of honesty’. Two years later, whether it was an objective aesthetic judgement or one tinged with regret at fuelling the Pritchard ego, our same Kev damned the follow up with the brutal blow of a 1/10. It was a tirade against their commitment to mediocrity, against the plain and vanilla, and somewhat strangely against corrugated cardboard. It was also justified as the record was, by and large, total balls.

So what now? The good news, if you can call it that, is that Pritchard & co. have, whilst resolutely refusing to alter or update their sound, recaptured some of the pop sensibility, hooks and simple yet distinctive arrangements that helped Inside In/Inside Out to sales of two million plus. Of the first eight tracks on the new record, aside from the monstrosity that is ‘Time Above The Earth’ (a two minute interlude where Luke philosophises – really – with just a string quartet for accompaniment) all are eminently listenable fare, ripe for heavy circulation on Radio 2, no doubt to be endlessly spun by all those DJs who gave the debut a leg-up into our collective unconscious on Radio 1. The downer is that nothing here can touch the early pop gems that can still see even the more stringently alternative spill their JD and cokes, and without that it’s all too easy to start thinking this record is a lot worse than it actually is. Whether right or wrong it’s the lack of genuine pop anthems that will result in this album coming in for a lot more stick than it would if it was just another untarnished, quickly disregarded but airplay friendly offering from the latest new guitar-based pop band. Interestingly, the criticism the Kooks have often fallen foul of seems to be further fuelled not from disappointment that the band can’t seem to hit the heights of their debut, but as a result of a kind of relieved and public self-acceptance of the misguided judgement made by critics, bloggers and punters alike, that this was a band acceptable to like in the first place.

Whilst that may seem unfortunate, it remains the reason that the Kooks continue to be everyone’s favourite band to throw under the bus. It’s not because they’re too posh, not because Luke Pritchard looks like a teddy bear with Down’s syndrome (that still got to fingerblast Mischa Barton), but because they make such clear efforts to replicate something they captured so well five years ago, something they’ve done with increasing earnestness, decreasing balls, and something that, since that initial offering, just hasn’t measured up. It’s entirely possible they know this; in the grand scheme of things they’re making decent cash and doing a job that, whilst potentially unedifying and morally questionable, is still eminently more enjoyable than your average. Whatever the case, there’s no doubt we all know they could have done more.