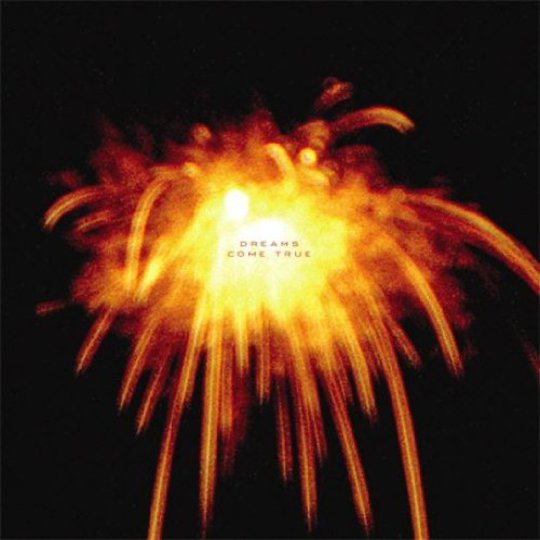 As multi-instrumentalist and producer in Grizzly Bear, the first solo work from Chris Taylor comes with some pedigree. Even aside from his band’s much lauded songwriting craft, the records they’ve made since Taylor joined the band are arguably some the best sounding LPs of the last decade. Both Yellow House and Veckatimest are what they are because of their near perfect sonic balance, the way they breathe and move so dynamically, at one moment sounding tranquil before bursting out of the speakers in moments of rapturous climax. Other production (or co-production) credits attributed to Taylor include Dirty Projectors’ Bitte Orca, Twin Shadow’s Forget and Department of Eagles’ In Ear Park. It’s no surprise then, that the debut album from Taylor’s new solo venture, CANT, is another beautiful sounding record.

Enlisting the help of Twin Shadow’s George Lewis Jr. in writing, Dreams Come True unsurprisingly bears resemblances to both artists. Certain guitar lines and synth parts could easily pass for new Grizzly Bear or Twin Shadow material, yet there’s something about CANT which distinguishes it from the pair’s previous work. Interestingly it’s perhaps something that has been there all along. Grizzly Bear’s long association with Warp Records has never been the most obvious relationship, but the label’s heritage in innovative electronic music shines brightly through the cracks of Dreams Come True. While not a complete departure from Grizzly Bear’s vintage sounding instrumentation, you can trace Broadcast, Autechre and later Radiohead records through its jittery drum machine beats.

Production aside, the big question here is how Taylor fares when taking on sole songwriting responsibilities and, for the most part, he does pretty well. While trying to refrain from taking the album title too literally, CANT has a predominantly dreamy aesthetic, feeding those unsurprisingly gorgeous vocal melodies through woozy synths and plodding bass lines. There are also more up-tempo moments such as the beat driven opener ‘Too Late, Too Far’, and the noisy, discordant title track that feels somewhat incongruous with the rest of the record. The best moments, though, are those steeped in melancholy, playing to Taylor’s strengths and bringing his voice to the forefront. The likes of ‘Believe’ and ‘The Edge’ are particularly strong, both master classes in production, but at their most emotive you feel like they’d be just as powerful with vocals alone. Elsewhere ‘She’s Found a Way’ is a delicate guitar ballad that gradually builds into a powerful overdriven finale, while ‘Answer’ picks up the pace again with its steady, new wave shuffle.

While Dreams Come True perhaps doesn’t reach the dizzying heights that Veckatimest does - say, the sweeping chorus from ‘While You Wait for the Others’ - it’s a different kind of record. At its heart CANT feels more like a bedroom pop project, trading grandiosity for the introverted, and the collective for the personal. Having heard Taylor’s fingerprints over a dozen fine records, it’s great to finally hear one that he can call his own.