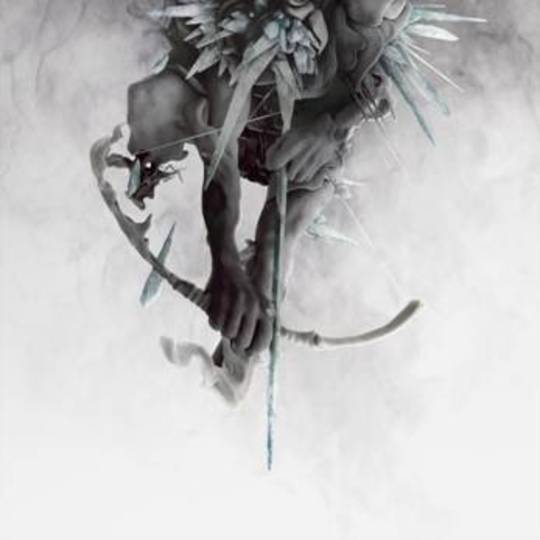 There's something inherently fascinating about an act that have survived, even thrived, in the wake of a genre that built up and tore down its progenitors with Replicant-style efficiency and ruthlessness. Linkin Park make for a particularly interesting case, given that they have never really altered their style to any major degree.

Nearly 14 years on, Hybrid Theory offers a perfect microcosm of nu-metal; a catchy but ultimately hollow mix of distorted guitars, punchy drums, screaming, spitting and, you know it, DJ skillz. The follow-ups followed up, registering as either by-numbers (Meteora), lightweight (Minutes to Midnight) or just plain forgettable (A Thousand Suns, Living Things). Yet, despite their apparent embrace of the conveyor belt, Linkin Park continue to command healthy interest from a fan base that shook off the likes of Papa Roach, Static X and P.O.D. long ago.

There is a great album to be written about overcoming the scars picked up from one of the most-maligned genres of recent times. The Hunting Party is not that album. You'd think that Linkin Park, so well-versed in angst, would make for strong contenders, but their sixth studio effort isn't just weak, it's a categorical move away from what brought them to the dance in the first place. In and of itself, this is fine - nobody wants the same album again and again, except perhaps Slayer fans - but rarely has a band sounded so unfocused at this point in their career. To their credit, Chester Bennington and friends have at least delivered the odd curveball over the years. Some connected - 'The Catalyst' is ridiculous, but, religious overtones aside, it's good ridiculous - while others exploded into a bloody mess upon impact - they'll never write another song as unintentionally hilarious as 'Hands Held High'.

Then again, The Hunting Party 'boasts' a pretty good rival for that crown. Around about halfway through, Daron Malakian shows up, armed with his increasingly anachronistic brand of guitar, to transform Linkin Park into Blind Guardian for the guts of four minutes on the utterly ludicrous - and it's very much bad ludicrous - 'Rebellion'. Devoid of any context, the song is a laughable, could-soundtrack-a-scrolling-arcade-shooter mess. It's especially jarring, coming as it does, sandwiched between a wall of scuzzy guitars, punk rhythms (drummer Rob Bourdon is flat-out auditioning for NOFX on a good chunk of the running time) and vocals that flit from throat-tearing to honey-lacquered.

If this is a reset button of sorts, it's one that Linkin Park crush with a hammer. Synthesizers and turntables play such a minor role that you wonder if poor Joe Hahn slept through the entire process. Aggression is the primary motivator on a record whose title aims to signify LP's efforts to march forward and stand out from the pack. To that end, they say goodbye to longtime producer Rick Rubin and take the reins themselves. The result, in production, concept and execution, is decidedly schizophrenic and uneven. The band have spoken of The Hunting Party as a bid to restore roots, suggesting that it can be considered as a prequel to Hybrid Theory. Given that many of the songs feel more like scrappy demos, mission accomplished?

The three-pronged opening salvo of 'Keys To The Kingdom', 'All For Nothing' and 'Guilty All The Same' mix energy, self-indulgence and guests; Helmet's Page Hamilton and veteran rapper Rakim, neither of whom really shine. Outside of potential WWE pay-per-view theme tunes, there's really nothing noteworthy here. Despite the united image formed by the album's title, The Hunting Party is the sound of a band at war with itself. The wholesale lack of identity is kind of shocking. 'War' sounds like it's parachuted in from every 90s/00s 30-minutes-or-less pop punk album you've ever heard. 'Wastelands' is mechanical and phoned-in, even if the drum production is nice. 'Until It's Gone' is the sound of a band that has run out of ideas.

And maybe they have. After all, recruiting Tom Morello and wasting him to such a degree that his only contribution is a tame guitar line over a goes-nowhere interlude ('Drawbar') is pretty unforgivable. Make no mistake, The Hunting Party, as promised, is the 'rawest, heaviest and loudest Linkin Park record ever'. It screams often, confused, like the mess that it is.

Once More 'Round The Sun