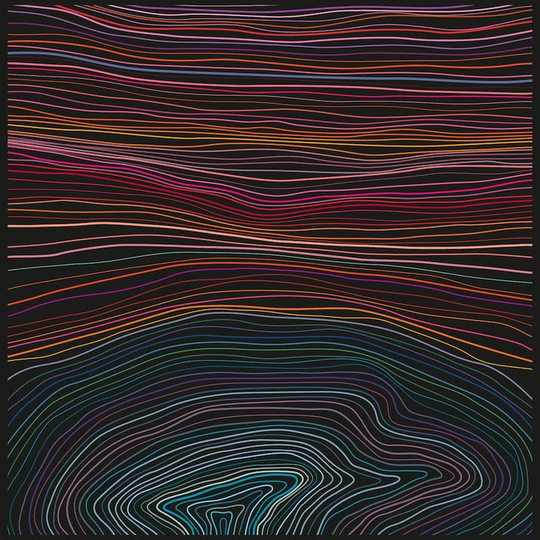 Gustav Ejstes is one talented and busy guy. Hot on the heels of the recent release of the rather splendid Amason album, here he returns for the sixth album from his unclassifiable Swedish prog-tastic band Dungen. Backed by Swedish progressive rock luminaries Reine Fiske (guitar), Mattias "Tiaz" Gustavsson (bass) and Johan Holmegard (drums), Ejstes takes us on a trip which can be experienced at many levels. On the one hand, tracks such as the breezy title track, with its layers of organs, insistent drums and near-constant hard-panned lead guitars could easily pass you by. This is a song, an album indeed, which benefits from concentrated listening. It is this concentration which will reward the dedicated listener, as each fresh attention is given to the songs, elements such as the off-kilter piano and disarming melodic and sectional shifts will suddenly become deeply satisfying. The fact that the vast majority of the lyrics here are presented in Swedish gives most listeners the opportunity to treat the smooth and beautifully harmonised vocals as another instrument, an extra layer atop a veritable musical smorgasbord. In short, by the time the first song has passed, it is clear that we are in for a challenging, educational listen. Are you? Then read on.

'Sista Festen' passes by, again, on something of a breeze, before the combination of piano, guitar and flute on 'Sista Gasten' provides the record's first stop and stare moment. It is beautiful, somewhat akin to the best recent work of Midlake, but with an added psychedelic twist.

What goes quite some way to setting this album apart from others in a similar ilk is that a large part of it consists of instrumental tracks or extended jams, in which the not-inconsiderable talents of each of the band members really come to the fore. The quartet jam with greater purpose and principle on songs like the otherworldly instrumental 'Franks Kaktus' and the stately 'En Gång Om Året', a track built on a tremulous piano figure, the kind of thing Brian Wilson might very well approve of.

Latter highlights include the touches of Rhodes which inform 'Flichor Och Pokjar' and provide it with a sense of that it could take flight at any moment. This leads in to 'Ljus in I Min Panna' which presents Ejstes's most yearning vocal performance of the album. Closer 'Sova' takes things out on an epic wave of, you guessed it, layers and layers of guitars, keys and a pretty intense amount of noodling.

Don't let this album pass you by. The instrumental and compositional mastery on show is staggering. Whether it will make a dent in the consciousness of those who don't spend their time watching at the edges of the prog-rock firmament is another question entirely. Prove me an idiot and give this record the time it deserves.