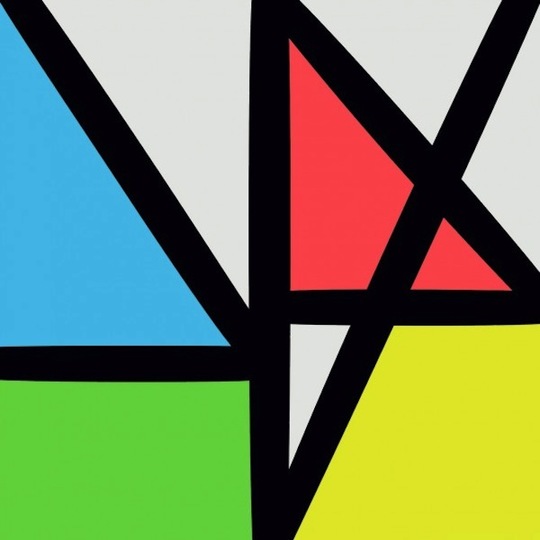 If there’s one thing that New Order might conceivably feel inclined to thank their erstwhile bassist Peter ‘Hooky’ Hook for, it’s that seven years of him relentlessly slagging them off has pretty much forestalled any criticism that might be made of their decision to continue without him. Whatever the rights and wrongs of the situation, New Order’s tactful silence in the face of Hooky’s barrages of accusations has almost certainly done them more good than harm. If nothing else, it just feels a bit churlish to criticise them for soldiering on without Hooky when it seems so apparent that it would be impossible for them to work together again.

Really, their tenth album Music Complete only had to be as good as their first ‘post-reformation’ albums Get Ready and Waiting for the Siren’s Call to pass muster. In fact, it’s comfortably better than both, largely because it sees the dance pioneers slough off the guitar band shackles they’d inflicted upon themselves with their last two sets and make dance music again. It’s not that it’s a visionary album, or that it even sees New Order deviate from the business of writing vaguely melancholic, verse-chorus-verse songs. But it’s the most energetic and polished thing they’ve turned in in an age, and the most melodic. It’s also practically the most eclectic thing they’re put out since Substance – liberated from both Hook’s bass and (to a lesser extent) Barney Sumner’s guitar, and working with multiple producers (themselves, Tom Rowlands and Stewart Price), there’s a grab bag feel to the record.

‘Restless’ does the wistful pop-guitar of those last two records a bit better than their last two records, but then the gates are opener: ‘Singularity’ charges in on a wave of shrieking synths, giving way to a hailstorm of techno bleeps, ruthlessly crescendoing again and again; ‘Plastic’ is practically a Giorgio Moroder homage and is magnificently enjoyable for it; ‘Tutti Frutti is a languorous pop song pepped up beautifully by vocal interjections from La Roux’s Elly Jackson and a sampled vocal that pleasingly recalls the dafter moments of ‘Technique’; ‘Stray Dog’ is an unexpectedly brilliant collaboration with Iggy Pop, who growls a meandering series of semi-nonsensical observations (ie, the best lyrics on the album – Barney remains endearingly naff) over a hard, ominous groove that disintegrates into a wave of surprisingly Joy Division-ish noise.

If it feels like I’m just listing the tracks: well yeah, I am, because if there’s something missing from Music Complete, it’s a through-thread. Before it ends we’ve got a dose more quality indie rock (‘Academy’), a lush acoustic ballad (‘Nothing But a Fool’), another techno-y stomper (‘Unlearn this Hatred’), and an electro-pop song that sounds like mid-Eighties New Order and has Brandon Flowers on backing vocals (‘Superheated’). In a peculiar way, and despite so frequently hearkening back to the heyday of dance genres born in the Seventies and Eighties, it feels like a very modern record - multiple producers and guests, and not astonishingly coherent as an album. But it has none of the vulgarity or disposability of the modern pop I’m thinking of, perhaps more the sense that after deciding to make dance music again the band were slightly overwhelmed by the attendant possibilities, albeit in a largely good way.

Here’s the thing: New Order have made a really good album, one that easily justifies their soldiering on. I’m not sure if their ex-bassist would say that, but brutal pragmatist that he is, I suspect in his heart of hearts he’s know it to be true.

One Day All This Will End