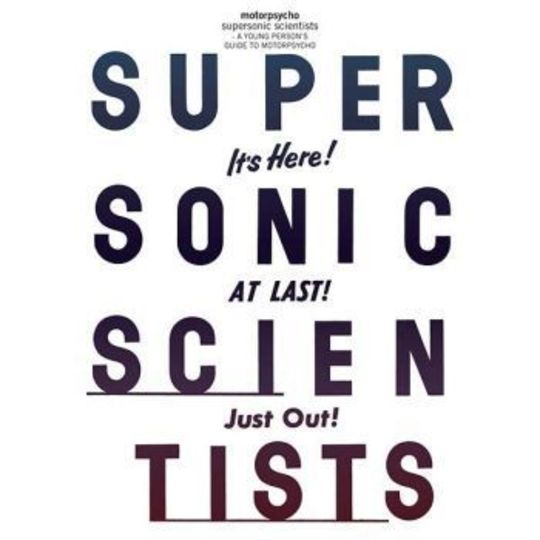 Writing about music is such a subjective thing. What one writer classes as a transcendent moment of aural wonder, another can summarily dismiss as pretentious nonsense. We listeners like what we like, and dislike what we don't. Often passionately. Particularly as an individual writer penning some words for an august organ such as Drowned in Sound, the concept of making any kind of sweeping statements about a band is a dangerous thing. But, at the outset of this review of Motorpsycho's new carefully-curated career retrospective, this particular Drowned in Sound scribe is going to make one such statement: if you are as yet unaware of the swaggering majesty that is the Norwegian rock monolith that is Motorpsycho, then listen to this record and get ready to be introduced to your new favourite band.

This is what happened to me early last year. Behind the Sun, the band's most recent conventional studio full-length was suggested to me by a local record store owner and I was hooked. The mix of direct rock, progressive (in the creative, not unlistenable sense) rock tendencies, razor sharp hooks, and the odd bout of jazz-flavoured improvisation had me hooked. Imagine my joy, therefore, when I discovered that the band had been a going concern in various forms since 1989. Since then, I have been hoovering up each release I can find hungrily. Listen to this weighty double album and you can have a similar experience. DiS can't be held responsible for the consequences on your bank balance, however.

So far, so hyperbolic, but what of the record itself? It's a double disc, containing one track from each of the band's releases. Intriguingly, the tracks are not presented in chronological order, but have been sequenced to act as a 'proper' album. To be overly simplistic, disc one shows off the band's heavier side, with early favourite 'Nothing to Say' trading blows with late Nineties heavy hitter 'Vortex Surfer' (which remains a live favourite to this day), while 'Starhammer', a high point of the band's second decade is another highlight of disc one. Each of these tracks showcase the band's almost unparalleled use of shifts in time signatures and dynamics. That the grungy 'Starmelt/Lovelight' from 1994's Demon Box album sits comfortably alongside an equally hard-grooving 'In Our Tree' from 2006's “Black Hole/Blank Canvas” is testament to the band's consistency.

Disc two showcases the band's softer side. Motorpsycho have always been a band who shift focus and sound from project to project, and hearing tracks such as 'Go To California' the lilting 'Serpentine' on the same set might induce as much head-scratching as it does admiration. Ultimately though, Motorpsycho are a special, once in a generation proposition, criminally undervalued by the wider listening public. Perhaps if 1996's instant classic Blissard had taken advantage of the post-grunge gloom as it should have, all would have been different, but for now, sit back and luxuriate in the glory of the 17 tracks presented here. Then tell all your friends.

It's A Holiday Soul Party