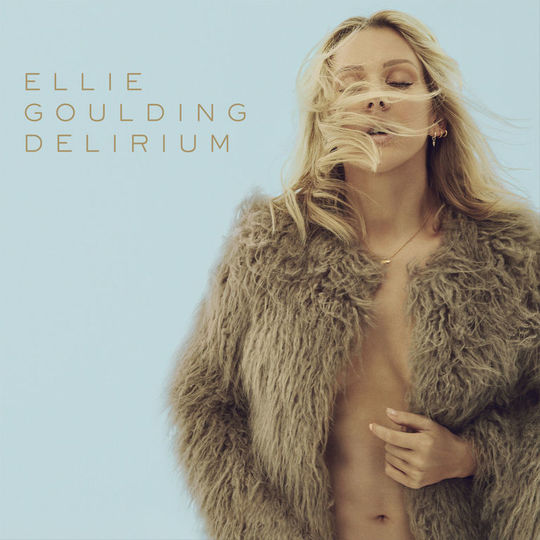 Ellie Goulding has never hidden her ambition to be a pop star of the highest magnitude. Back in 2009, when she was opening for Passion Pit in the UK as an up and coming electro-acoustic songwriter, her hunger for ascendancy was already obvious. Moves like releasing Elton John’s ‘Your Song’ at Christmastime made her intentions clearer, while shimmering singles like ‘Lights’ helped her crack the States. A few short years later, singing at 2014’s Royal Variety Performance in a 600 square foot dress felt like the sort of thing she could do without a fuss.

Having laid all this groundwork over the last five years, Delirium is Goulding’s definitive leap for the upper reaches of pop stardom. These songs couldn’t be more explicit in their mission to put her among our Beyonces and Taylor Swifts. They’re big songs for big arenas, big audiences and big success.

‘Love Me Like You Do’ – better known around the house as the song which accompanies all the Fifty Shades promos – is a case in point for what Goulding can do on a cinematic canvas. It’s creamy and huge, coupling the beautiful character of her voice with a pulsating production of melancholia and euphoria. The explosion of the final chorus hits like a bona fide Cinderella moment, with golden sparks showering from the sky – one of many well executed pay offs which prove that her ambitions were never delusions.

But in her efforts to go massive for 16 tracks straight, Goulding often settles for simple. She confuses repetition with catchiness. We end up with as many chants as we do choruses. As a result, some of these tracks sound like five-second-stings written for adverts and trailers, stitched together into sequences resembling pop hits, rather than actual songs. ‘Holding On For Life’ falls foul of these trappings. ‘Codes’ is simply annoying. It may be a cynical interpretation of the album, but in the vast shadow of ‘Love Me Like You Do’, it’s difficult not to at least have it at the back of your mind.

Goulding’s greatest strength remains her wistful, woodwindy voice, and so it’s great to have a few tracks towards the end of the record – including new single ‘Army’ – which rely more on melody than metronome. But by this point, it’s clear that the real star of the show has been the production, and the album’s sheer desire to create colossal hits. Don’t get me wrong – there’s some true bangers on offer here, not least the scrumptious and snappy ‘Something In The Way You Move’. But still, Goulding’s unique voice – the primary source of her music’s personality – spends too much time playing second fiddle to her backdrop, or being overshadowed at worst.

The cumulative effect is that the album lacks a human dimension which we demand from our biggest popstars today. It doesn’t have the natural charm of 1989, the coherent authorship of Beyonce’s self-titled record, or the raw emotional relatability of 25. In 2015, simply loading a collection with massive singles doesn’t go the full distance anymore. Instead of earning comparisons to today’s true megastars, Delirum has the feel of a late-period Britney album, where production is prized above personality. And if you’re thinking that you don’t know what the ‘feel’ of a late-period Britney album is, well, that’s sort of my point.