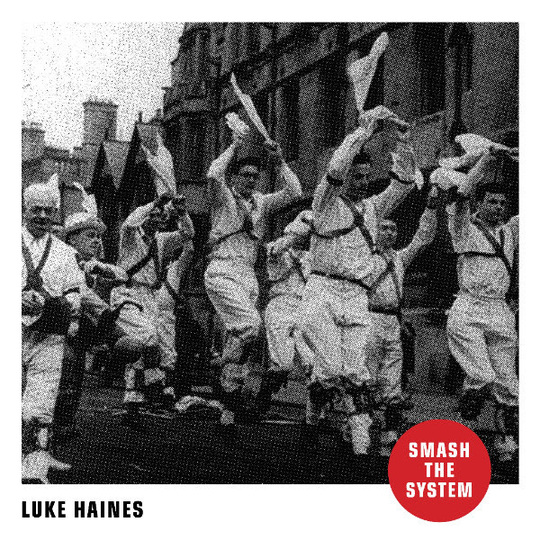 The latest inherently British-sounding LP from Luke Haines embodies the eccentric and satirical nature of modern British culture while at the same time, objectively forces you to question the meaning and direction of the rock stalwart who created it. It’s whimsically produced and delivered with a nuance of irony that detracts from any sense of further meaning that record might be trying to convey. From an artist that is integral to the lineage of contemporary Brit rock music, Smash the System will appeal to die-hard fans, but will struggle to make new ones.

To even begin to analyse Haines’ latest LP without discussing his previous output would be absurd, but yet without understanding the wider context, Smash the System, falls short of sounding anything more than being a parody of itself. Haines is often referred to as the catalyst behind the Britpop movement, and his early Nineties outfit The Auteurs are still seen today as one of the most essential bands of this period. His follow-up work with Black Box Recorder was critically, well-received, combining his more trademark mirthful and satirical approach to composition with a more tacit grip to pop’s charming aesthetics. All of these elements that define Haines are still present on Smash the System, which will ensure that fans of his work won’t be disappointed, yet newcomers may strain to embrace this pseudo agitprop approach to songwriting. This misdirection maybe intentional, but don’t let it deter you from exploring further.

This contemporary folk take of rock music, with its multiple references to key musical milestones – The Monkees, The Velvet Underground and such – is one that evokes reminiscence qualities amongst those listening to it. There is a Half Man, Half Biscuit bravado to the subject matter. Previous solo outings – British Nuclear Bunkers, New York in the 70s – were concept records that felt mildly more urgent, with a deeper narrative. Smash the System, is somewhat rebellious in its theme, with references to German militant Ulrike Meinhof, Hermeticism and yes, smashing the system, but at times it allows its sardonic undertones to undermine any greater authenticity there might be.

Haines has always been idiosyncratic to a degree, but Smash the System feels sadly despondent, and is a forgettable contribution by an artist with such a valued past. Comic tales about ‘losing glasses’, buying new jackets and being a ‘Cosmic Man’ are jaunty, fun and yet simultaneously, blunt and inoffensive. It’s a record that only someone from Britain could write, reflecting on all the cultural tropes that define our personality, without being directly alarming, like dad jokes, and going to the coast when its cold. Many fans will argue that I’ve missed the point, and I would probably agree with them. This record will not smash any systems, but unfortunately it will not smash any expectations either.