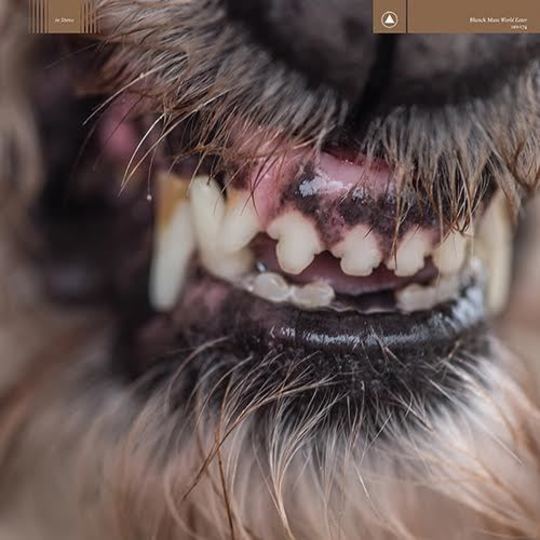 The truism about side projects is that it they offer an outlet for the ideas which ‘don’t work’ for the main band, and that’s a truism which largely holds true with Blanck Mass. The music which Benjamin John Power makes under this name is unmistakably the product of one half of Fuck Buttons, but with some tell-tale differences; distinctions which are mainly found in structure rather than sound.

The obvious overlap between both outfits is the wall of electronic noise. It’s an unmistakable sound. But while Fuck Buttons draw their strength from the slow build, Blanck Mass throws everything at you all at once. While Fuck Buttons take one motif and soar upwards, adding layer after layer into towering skyscrapers of noise, Blanck Mass tracks are a rush forwards, hurtling from one idea to the next. In this sense, it is the quintessential side project: the cathartic realisation of all ideas and impulses. You can almost picture the bulging notebook.

The massive advantage of this is that Blanck Mass has a capacity to surprise in a way Fuck Buttons never could. Abrupt endings, gear-shifts in texture, and unexpected vocal samples are just a few of the extra colours on Power’s palette in this mode. And while Fuck Buttons can only really hit one tone - admittedly a unique one, pitched somewhere between euphoria and menace - Blanck Mass feels freer to wander from the laid back trance influences of something like ‘Please’, through the expected passages of violence, and then back to the feel-good, spliced up vocal samples of closer ‘Hive Mind’.

The flipside is that it’s easier for Power to run a concept into the ground here. Fuck Buttons draw power from building upwards; Blanck Mass draws power from hurtling forwards and - as the cliche about the shark goes - when these tracks stop moving, they die. The best example of this is ‘The Rat’ which takes a clutch of simple melodic ideas, strings them into a sequence, and just rotates through them for six minutes or so. It sounds more like music for the menu screen for a shoot em up, than anything befitting World Eater’s aggressive title and artwork. Happily, though, these meandering misfires are few.

With the snarling beast on the cover, and a press pack which frames this record as a reaction to the existential frenzy of 2016, it’s surprising that World Eater contains some of Power’s most serene work to date. It is easy to imagine him creating a definitive document of aggression and panic. But by and large, this isn’t how he represents our current political, social and spiritual situation - he finds moments of calm, drift and uplift too, as he spins through his variety show of ideas which don’t quite fit for Fuck Buttons. Above anything else, it is probably this fragmented, disorientating rush from one thing to the next which reflects our times most accurately of all.