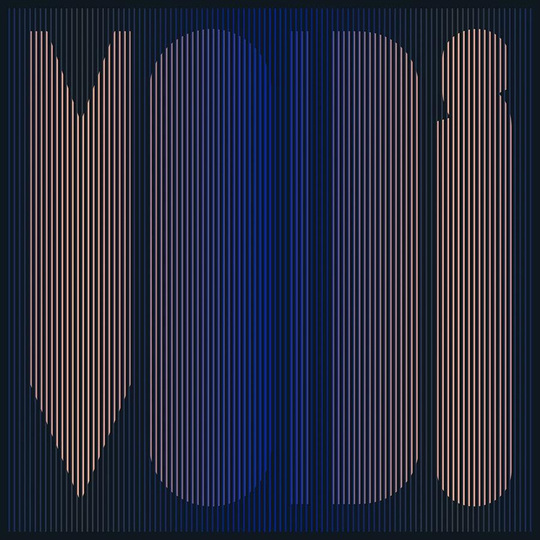 It's the first album in five years for a band hailed as kings of reinvention, and a lot's happened in those 60-odd months. Using the time to start from scratch, refine their style, evolve their thinking, swap drummers (it's Kiefer Matthias now in case you didn't know) and head on back to their original record label Suicide Squeeze, it was anyone's guess what direction Minus the Bear would be heading in. And so, breaths have no doubt been held in half-decade respectful anticipation… can the MTB we know and love can still be rooted out amidst the blossoming of their nouveau style?

Well fear no more, fans. By ten seconds into VOIDS's first song, 'Last Kiss', any discerning ear would be able to spot the hallmark iconic guitar, the hazy nostalgia, the gentle but wrenching lyricism. The stage is set for yet another great album. That's not to say that it hasn't been a long and winding road from 2002's Highly Refined Pirates. The long and abstruse song titles have been paired back, the jittery, repetitive, hypnotic meanderings have evolved into much more structured and - can it be - poppy tracks, there's less of an electronic vibe, and many of the songs are just a touch warmer, a little catchier.

But besides Jake Snider's soothing, linguistically piercing vocals, the star of the album is Dave Knudson's guitar work. With a pared back approach, the songs move through a range of styles, ebbing and flowing around a central core of unrest and disjointedness that can feel in danger of crumbling. It's the guitar lines that puncture through with a freewheeling freedom. Take ‘Silver’, where the guitar slices through that fuzzy, distorted wall of sound that warms your soul, pulling the song apart and giving it room to breathe where otherwise it may have fallen in on itself.

There are some real stand-out tracks to be found in VOIDS, not only as standalone tracks but in the way they flow into one another. ‘Call the cops’ is a great example of experimental playfulness, with notes rolling like a waterfall in places only to break into blocky beats. This juxtaposition creates an eerie undertone that plays out towards a melancholy conclusion, feeling feels like a long night passing and the first strands of daylight sneaking in through the blinds. Following hot on its heels, ‘Invisible’ is bright and shining, a radiant track and most certainly the least miserable on the album! The jangling guitar flits around the tune, drawing together themes of solitude and longing until they feel almost exalted. And then ‘What About the Boat’ is riven with stumbled syncopation and soothing bassline, wavering through emotionally opaque lyrics. The instrumental lines perfectly reflect the weariness in the lyrics.

It's hard to listen to Minus the Bear and imagine them as beardy, down-to-earth Seattle-dwellers. If it helps, try picturing the band eternally standing on a beach as if in a sepia photograph, staring out to sea with wistful airs. One has a wry smile playing around his cheeks. Another, holding a panama hat in one hand, looks out to the waves as if eternally lost. This is the feel of the album: something lost, the dark places created by shard of light. But for all of that, it has a hopeful beauty.

As the album eases towards its end there are a couple of less than exciting tracks, where the pensive vibe seems to trump the uncomfortable edginess that would otherwise bring verses to life. But that said, there's a strong sense throughout the album that Minus the Bear are no longer willing to settle for one style, instead wanting to showcase every side of themselves.

The album burns itself out in noisy defiance in ‘Lighthouse’, an explosive yet haunting track that pulses and flails, full of anticipation. VOIDS is testament to a band who have never rested in their creativity, and have managed to rebuild and recreate while holding at their core the things that made them brilliant 15 years ago. Have a listen.