A Day with the Homies 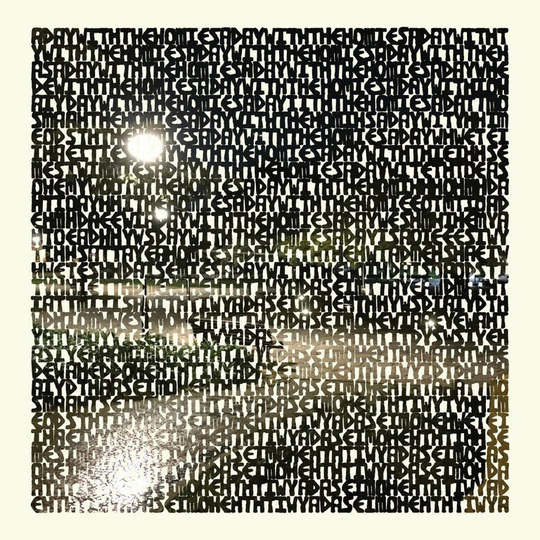 …infinity. Hypothetically speaking: what if we could live one day an infinite amount of times? At first instinct, maybe, you’d pick what you believe to be the best day of your life. Bill Murray’s character in Groundhog Day, a movie about this exact scenario, dejectedly laments at one point:“I was in the Virgin Islands once. I met a girl. We ate lobster, drank Piña Coladas. At sunset we made love like sea otters. That was a pretty good day. Why couldn't I get that day over and over and over?”

Despite what an Instagram feed tells us, on most days we don’t get to experience what we think we ideally deserve. Or see what we want to see, meet who we want to meet. The picturesque morning sunset. Partners and friends who complement you perfectly. A happy ending (okay, okay so Groundhog Day had a happy ending).

‘Sunset’, the track that bookends Panda Bear’s new EP A Day With The Homies, tells a different story. It’s a chaotic piece of music that feels like a living organism, not exactly quaint enough to make your Perfect Spotify Summer playlist. Not that the artist in question would bother putting ‘Sunset’ on Spotify in the first place (he didn’t). It’s anxious hi-hat inflections, squawking sub bass and disembodied vocal flourishes make it undeniably a Noah Lennox-piece. Even for someone – and I’m raising my hand here – who only sporadically followed Lennox’ career, this is evident. His vivid, technicolored sonic imprint is easily recognizable and well-established.

On A Day With The Homies Lennox seems to stress perpetual motion even more so than usual. ‘Sunset’ bleeds into opening cut ’Flight’ fluently, as if A Day With The Homies, like Groundhog Day, is a self-contained world with no fixed destination in sight. ‘Flight’ is minimal in nature, but as immediately inviting as a barbershop quartet serenading you on a remote paradise. It’s probably the closest thing to a fully-formed pop ditty A Day with the Homies has to offer.

Within the ambience of nocturnal cricket-chirping and whooshing sea currents, Lennox rubs the shoulders and assures you the odyssey will ultimately be prosperous. In some ways, A Day With The Homies captures a roving spirit akin to fellow Domino-artist Dan Deacon’s America, albeit without the political subtext. Perhaps more in the way these tracks connect together organically, like one continuous streamlined transit. ‘Shepard Tone’ uses the engine rumble of a train as an aural launchpad, but maybe that personal association is a bit on-the-nose.

But hold on: that freedom of finding a personal relation to the music is actually what makes this five-song EP so great! Panda Bear invites you to embrace your own ignorance and explore, like you would explore a bustling ecosystem where no human has ever set foot.

All the assumptions formulated in this review (which is basically one giant unbroken assumption as a whole) make more sense once you consider the caveats Lennox put in place, for both himself and the person (in this case the reviewer) undertaking this journey. One thing Lennox was adamant about: not force-feeding the listener with some kind of overarching concept before hearing the music. Well, incongruously, he actually did make a statement, if only for the sole purpose of taking his own being out of the equation. “It's not often anymore I find something specific to my life that feels worthwhile setting to song for others to consume”, he admits. _”It’s a tough sell convincing myself that my own troubles warrant as much attention as those we all share.”

It may be a tough sell, but nevertheless an honest one. You see, the synopsis for Panda Bear’s previous album Panda Bear Meets The Grim Reaper shed some light on Lennox’ personal condition, most notably his father’s passing (on 'Tropic Of Cancer'). This automatically sets off a discourse that conflates the artist with the art. For A Day with the Homies, Lennox made sure that discourse couldn’t take place from the outset. In sort of an offbeat way, he grants the listener the gift of allowing his or her own imagination to run rampant within the confines of his self-constructed, exotic purgatory. It’s almost like the opposite scenario of the Black Mirror episode USS Callister: the listener is here by own free will, not because of the tyranny of thematics. To not 'homogenise' the experience, as Lennox put it.

Next to erasing himself from the music, the second term was to invite full immersion. By his own request, A Day with the Homies is available exclusively as a 12-inch vinyl release, hereby stimulating the listener to experience the record in a more visceral way, as opposed to some kind of intellectual dissection. Having it stream behind the laptop, the echo chamber of Hot and Cold Takes from both critics and fans would just be a single mouse click away. This immediately taints or numbs what would otherwise wholesome and inherently personal listening experience.

It seems Lennox really thought this one through… or maybe he simply did what he has been doing for over a decade with both Panda Bear and Animal Collective. And in this particular case, both the artist and consumer are better off for a lack of hard data. It’s important to note that this particular review was based on an online stream (for practical reasons, let’s just leave it at that). Heeding the artist’s intent is of great essence to gauge the music on its own merit: therefore, no research of was done prior to this review.

Of course, that brings up another question: why is it important to even share these explicit, preconceived thoughts on Panda Bear in the first place? One thing can be said for certain: if A Day with the Homies was a day this reviewer could live over and over, it would be a day well spent. These five songs illustrate the beauty behind a constant movement, instead of dreaming up a desired fate or meaning. It treats tranquility and chaos like elements we could harness, not opposites we must cement in our fleeting existence; the doing instead of the being. By those accounts, it seems a bit ridiculous to cap off this write-up with a grade. Let’s just give it an 8 for good measure, because if you flip an 8 sideways, well, you get…