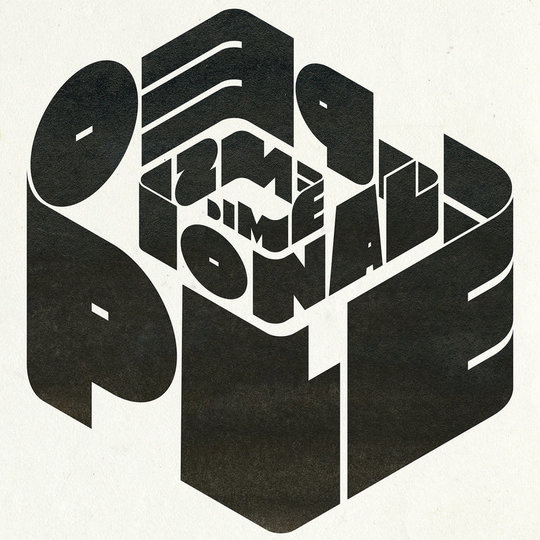 Amid all the obituaries and tributes after Mark E Smith’s death, there wasn’t enough love for his team-up with Mouse On Mars as Von Südenfed. The trio’s 2007 album Tromatic Reflexxions is an industrial-glitch master stroke that sticks to Smith’s 'three R' rules of 'repetition, repetition, repetition', and stands up to any of his records with The Fall.

Since the mid-Nineties Mouse On Mars have been avant-garde conceptualists at heart, but Berlin-based duo Jan St Werner and Andi Toma have always been willing to invite outsiders in to morph their own electronic vision. Other notable collaborators in the past include Oval’s Markus Popp, Stereolab’s Laetitia Sadier, Modeselektor, Tyondai Braxton and Atom ™, joining in their skewed pop experiments, jagged maximalism and off-grid basement techno.

On their eleventh album Dimensional People, they’ve blown the collaborator credit list wide open — working with Bon Iver’s Justin Vernon, Beirut’s Zach Condon, Aaron and Bryce Dessner of The National, Spank Rock, Lisa Hannigan, contemporary classical crew Ensemble Musikfabrik, percussion robots and plenty more, with a cast of around 50 chipping in at Funkhaus in Berlin and Vernon’s studio in Wisconsin. But just as an infinite number of monkeys on typewriters won’t really chance upon the complete works of Shakespeare, these 50 musicians still haven’t come up with anything as inspired as the Von Südenfed song about DJ Sven Väth needing a rubber sheet because he pisses the bed.

The 15-minute documentary preceding the release portrays a transient free-improv bubble (the LP’s original working title was Konstruktivist Socialism), and there is an overriding jazz feel, but it often feels like a series of algorithms worked through, rather than a fluid birth. Without the documentary or the press release, the “conceptual puzzle” may prove elusive. There’s a central conceit of collaboration as composition, with the parameters set by spatial object-based mixing, all within the 145bpm tempo of Chicago footwork, and one harmonic spectrum. The discrete nature of the sonics was fully realised when St Werner and Toma recently premiered Dimensional People as an installation at MIT, with dozens of pinpoint speakers and the pair triggering sounds in 3D space.

The freewheeling kinetic energy of footwork is invoked right off on the first movement, ‘Dimensional People’, Part I, then II, with digital insect chatter, robotic woodblock snaps and dry drum rolls recalling Steve Reich’s phasing experiments. But within ten minutes it’s derailed by Justin Vernon’s aimless falsetto moans and the percussion dropping out too soon, replaced by nebulous brass and processed woodwind. It weaves through digital croaking and choral MIDI voices on ‘Foul Mouth’ and ‘Aviation’, before we’re back on solid Mouse On Mars ground with the glitchy, overdriven intro to ‘Parliament of Aliens’. This energy is sapped again as Lisa Hannigan and Sam Amidon creep in from behind and we’re suddenly stumbling into outsider folk, as if Mica Levi is rebooting the Wicker Man soundtrack with dissonant dread.

At certain points you’d wish someone like David Byrne would barge in and put some manners on things. Some lopsided verses and a few arched eyebrows would offset the academic vibes, and maybe throw in a few hooks to reel you back in. House producer and vocalist Swamp Dogg does loosen things up though, freestyling over the junkyard polyrhythms and high-fret guitar licks on ‘Daylight'. Veteran soul outlier Swamp Dogg is a late stage rush of introspection on 'Résumé', an impressionistic flit through his 50-year career, from his breakthrough 1966 hit 'Baby You’re My Everything', to his years of hitting the skids: “The rocks of Alcatraz are on my résumé.” It recalls Gil Scott-Heron’s frank interludes on his swansong album I’m New Here – and it’s made all the more poignant by the abstraction that’s gone on beforehand.

Near the end of ‘Sidney in a Cup,’ Swamp Dogg is caught on mic saying: “What are you gonna do with all this shit? Just something to file away in the can?” It’s probably an off-point adlib, but it hangs in the air as the album trails off. Without the installation, Dimensional People feels a bit 2D. There’s a piece of the conceptual puzzle just out of reach, and I’m not really sure what to do with all the other bits.