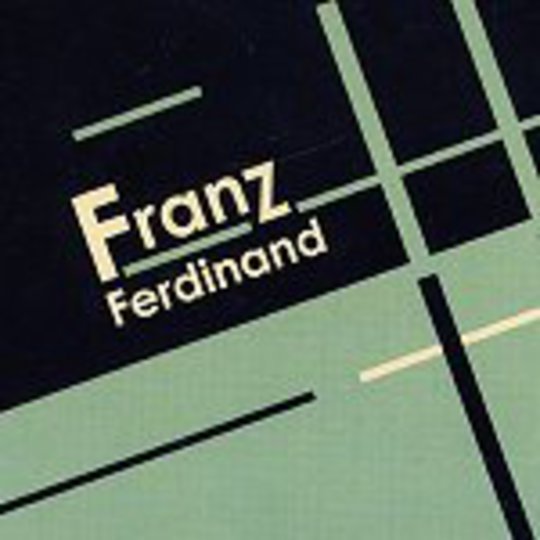 Much like Beagle 2 being captured by the little green men on Mars and drop-kicked mercilessly into a giant crater, Franz Ferdinand have suffered a terrible early fate; the hype machine’s got them. Expectations for this, their debut full-lengther, have now reached boiling point. And expectations, let me tell you, can be bad things indeed. We’re only going to add to that. Sorry.

The word “crap” will definitely not be used in this review (apart from there, just a second ago), but neither will the word “outstanding” (apart from right there. Oh and perhaps when describing ‘Take Me Out’ and ‘Darts of Pleasure’. That’s that sorted, then). Whereas the initial spin of ‘Franz Ferdinand’ forced this reviewer to slump against the wall and proclaim “is this it?” (that’s the obligatory Strokes reference out of the way), repeated plays reveal something deeper. Must. Get. Tunes. Out. Of. Head.

Delving in: ‘Tell Her Tonight’ is a Talking Heads and Roxy Music pastiche if there ever was one, with the added bonus of it not having the infinitely punchable Bryan Ferry on vocals. It’s one of the more instant tracks, along with ‘Cheating On You’, which would do exactly as it says on the tin, if the tin read “stupid, disposable, effortless short song with incredible mosh potential. Special offer – 16p.” It is, of course, great, and with its simple riff it’s an example of one of Franz Ferdinand’s strong points.

They have more. As well as giving a knowing nod to the appeal of ‘pop’, they haven’t just filled the album with ‘Darts Of Pleasure’ 11 times over. In ‘Auf Acshe’ and opener ‘Jacqueline’, a burning intro builds into something funky and powerful. Closing with ‘40ft’, they’ve crafted a song which would happily sit in a horror movie as much as it would in an (spit!) indie disco.

There are also more singles in waiting here, you betcha. ‘Michael’ (“so sssexy, I’m sssexy” - coo!) and ‘Come On Home’ (fuck, this is a good song) are the most instantly likeable since ‘Take Me Out’ sprung out of nowhere onto the nation’s airwaves, TV screens, and record collections.

Piece everything together and this is where your mouth might, quite rightly, start to drool a little. This is only the beginning and it’s a bloody good start. So if you’re one of The Kids currently finding Franz Ferdinand the most exciting band in aeons, there’s only one thing left to say: